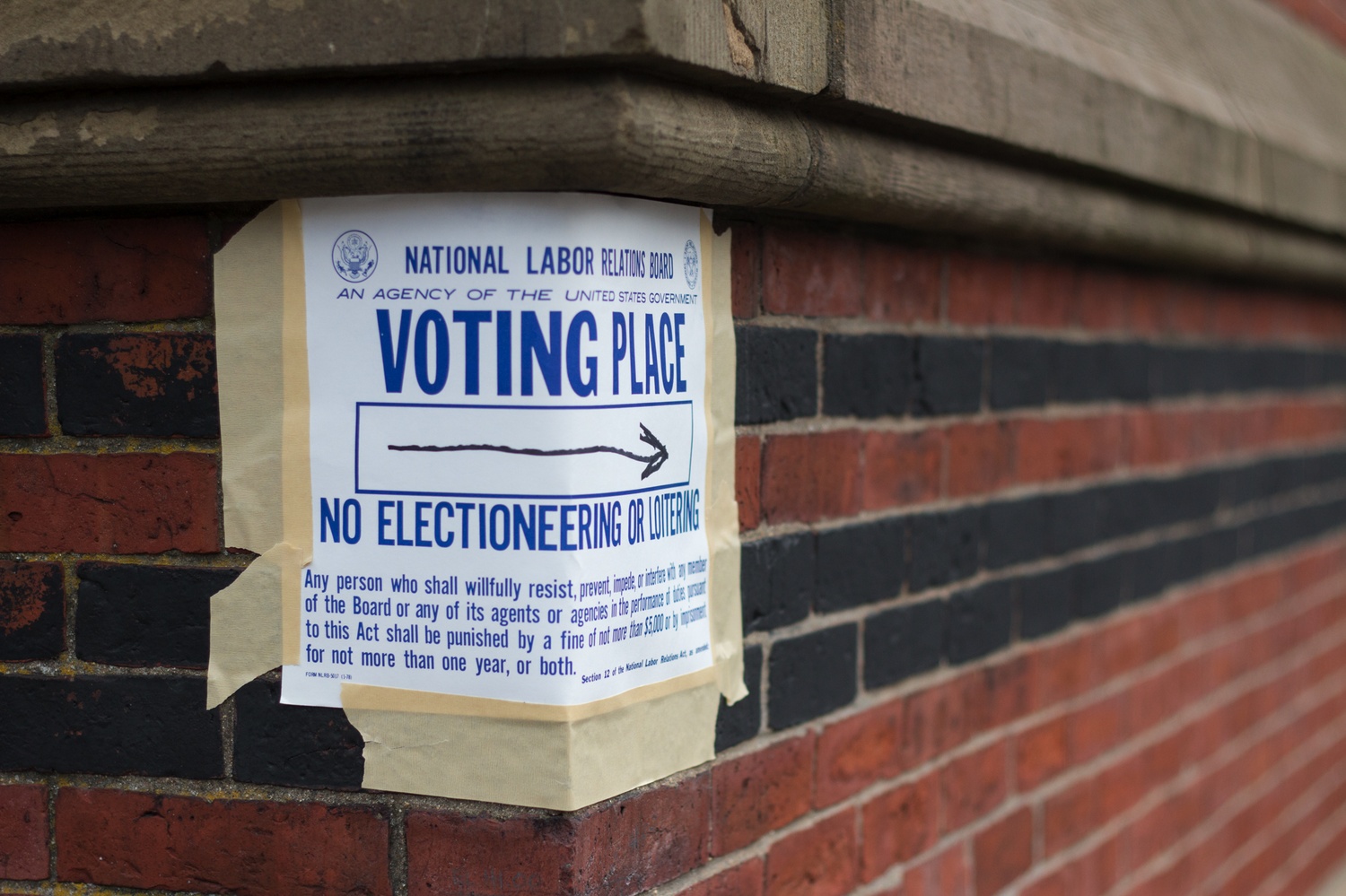 Labor experts and union organizers say Harvard’s recent move to bargain with its graduate student union may boost efforts by student assistant unions at peer universities to bring their administrators to the negotiating table.

Despite a 2016 National Labor Relations Board ruling establishing teaching and research assistants as unionizable employees, graduate student unionization efforts at several private universities around the country remain stalled. On these campuses, university administrators have either declined to bargain with elected unions or objected to both proposed and actual student union elections.

Harvard’s move on Tuesday to bargain with Harvard Graduate Students Union-United Automobile Workers marks a departure from that trend. Only one other private university—New York University—has voluntarily recognized a union of student assistants.

Labor experts widely expect that the current Republican-led NLRB will reverse the 2016 precedent that allows student assistants to unionize if it hears a viable case on the matter. Several universities opposed to student unionization—including Columbia, Yale, and the University of Chicago—appear to be acting on this assumption, bringing challenges to the precedent before the Board and federal courts.

Students and union organizers have responded with protests. The graduate student union at Columbia—which students voted to approve in Dec. 2016—concluded a week-long strike on Monday in an unsuccessful attempt to push administrators to recognize the union. At the strike’s conclusion, Columbia organizers expressed their intention to strike again next year. Members of Boston College’s graduate student union have similarly organized public demonstrations in recent weeks protesting the university’s refusal to bargain with the union.

Olga Brudastova, a Columbia organizer, wrote in an email that the Harvard decision adds “momentum” to the unionization movement.

“We are excited to see Harvard respecting the democratic decision of its graduate workers and their commitment to bargain with HGSU,” she wrote. “Columbia should follow them, as well as several other private universities, like NYU and the New School, and start bargaining with us.”

UChicago organizer Katie Nolan said she thinks Harvard’s decision to bargain undermines arguments made by universities who have declined to negotiate with graduate students.

“Oftentime they’ll say things like, ‘private institutions have never unionized—we’re very different from public institutions like University of Michigan and like Berkeley and therefore this is completely untested’,” Nolan said. “I’d say that Harvard agreeing to bargain is going to fly in the face of the rhetoric our university is using to explain why they’re not following the law.”

University of Oregon professor Gordon Lafer wrote in an email that Harvard’s move to bargain may encourage other universities to follow suit.

“If Harvard is truly committed to bargaining in good faith—which will become clear one way or another once negotiations start—that would put some pressure on the other universities to also follow the law,” Lafer wrote. “It will embolden those among alumni, faculty, donors, grad students and undergrads who are calling on those administrators to bargain in good faith. But legally it doesn't change the situation for any other employer.”

Former NLRB Chairman William B. Gould IV said that, while other universities may not follow Harvard’s lead, the decision to bargain could serve as a model for future discussions on graduate student unionization.

“I think that the major impact of this is going to be to provide an example of how collective bargaining possibly can work effectively,” Gould said.