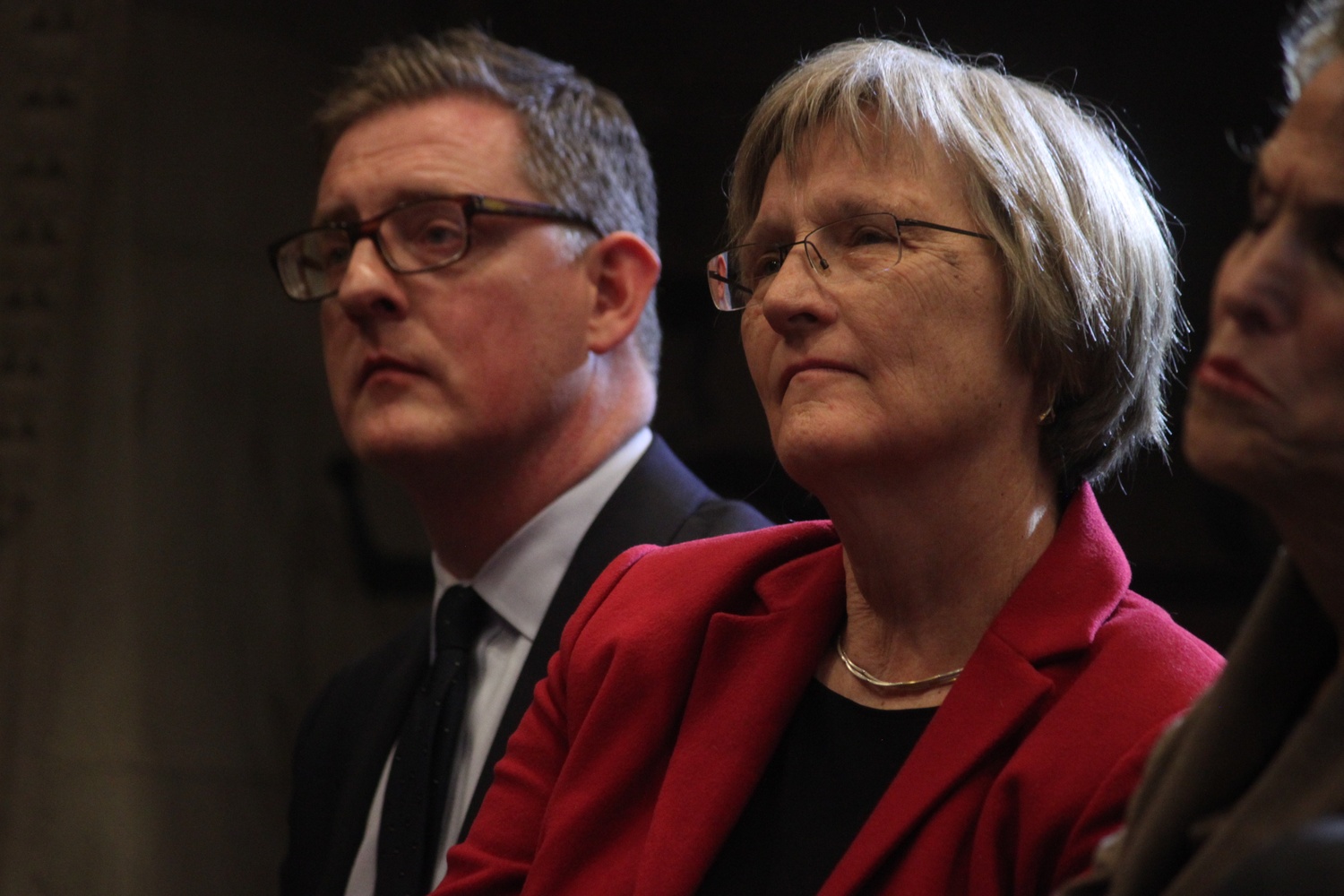 In the letter, Faust wrote the legislation is worrying and emphasized she believes the College's social group penalties are important and necessary to ensure undergraduates have "the experience of full citizenship" at Harvard.

"I worry [the legislation] represents an effort by Congress to regulate student life and the shape and character of private institutions in a way that threatens to undermine that diversity of choice and experience," Faust wrote.

Faust also unsuccessfully sought to meet with Stefanik on her most recent trip to Washington, she said in an interview Tuesday. Stefanik declined the meeting because of scheduling conflicts, according to her spokesperson, Tom Flanagin.

The legislation Faust pointed to in her letter comes as an amendment to the PROSPER Act, a law that would reauthorize the Higher Education Act of 1965. The law principally deals with programs related to financial aid and higher education affordability, but a group of Republican lawmakers have moved to tack on a provision that seeks to forbid universities that have “a policy allowing for the official recognition of single-sex student organizations” from penalizing members of groups.

As it stands now, the amendment would not affect Harvard, which does not officially recognize single-gender social organizations. But a group of lobbyists and club affiliates are seeking to change that.

Faust condemned the amendment to the PROSPER Act in a March interview, calling the legislation “not the business of the United States Congress.” She also said she was “surprised” to learn Stefanik is involved in pushing for it.

Despite Stefanik’s heavy involvement with the amendment to the PROSPER Act, Faust said the Harvard alumna has been an ally on the Hill regarding other issues pertinent to Harvard and higher education.

“She’s been very supportive and engaged with the IOP,” Faust said. “She was great on issues about the endowment tax and some of our other concerns in the tax bill.”

Faust wrote in the letter to Stefanik that she had hoped to meet with the congresswoman in March and was sorry they were “unable to connect.”

In the letter, Faust explained the social group policy does not ban membership to unrecognized social groups on campus—instead it forbids members from enjoying what Faust called the "privileges of deans' endorsements" and "institutionally supported leadership roles." She noted that, under the policy, students can join single-gender final clubs, fraternities, or sororities and "remain in good standing."

She added that unrecognized single-gender social organizations have, in recent years, played an “outsized role” in Harvard’s social life.

“The exclusive, gender-based membership and activities of these clubs are a direct challenge to the long and historic movement to ensure that opportunities central to Harvard undergraduate life are not limited by accident of birth, but open to every student,” Faust wrote.

Faust also wrote that one of the “unique strengths” of American higher education comprises students’ ability to choose among a “broad array” of institutions, academic pursuits, and extracurricular activities.

On her most recent trip to Washington in April, Faust did not meet with any other legislators about the amendment to the PROSPER Act. That trip was Faust’s last official trip to Washington before she steps down from the presidency in June.

In recent weeks, a group of Harvard affiliates with very different goals also boarded a plane to Washington to undertake lobbying activities. Ten College students traveled to the capital last week to advocate in part for the PROSPER Act amendment. Graduate President of the Fly Club Richard T. Porteus Jr. ’78 said the students from Harvard are members of final clubs and Greek organizations on campus.

The students joined a wider effort to lobby around the PROSPER Act—that effort includes the Fraternity and Sorority Political Action Committee, which recently added Lars E. Peterson ’68, a graduate member of the Porcellian Club, to its board of directors. The Cambridge Coalition, a band of Harvard final clubs and Greek organizations that includes the Porcellian, is also participating in the effort.

On Tuesday, Faust reiterated her concerns about the federal government and alumni groups attempts' to intervene in University decisions on student life. Faust said this activity forms a matter of concern for “those who are running the College, in the College, on the faculty of the College.”

“That lobbyists should be raising money to influence legislations to intrude in University affairs seems to me highly inappropriate and a level of government intervention that is surprising to find supported by Republicans,” Faust said. “It seems to me at odds with the whole philosophy of the Republican party.”

Despite her concern, Faust said the University has undertaken “no targeted action” toward social groups’ lobbying efforts as of May 1. The University has not reached out to members of the Cambridge Coalition or other lobbying groups, according to Faust.

“We try to make the case through reason and through making arguments that indicate why these measures are helpful to, that we’re advocating for helpful to higher education and thus to the nation as a whole,” Faust said. “So our lobbying is different from a kind of lobbying that invests money in people’s political campaigns, or PACs, or anything of that sort.”

The PROSPER Act, which was approved by a House committee in Dec. 2017, has yet to move to a full House vote. A committee in the Senate, chaired by Republican Senator Lamar Alexander, is working on its own version, but has yet to release anything apart from its preliminary deliberations.

Faust said it is difficult to know how the PROSPER Act will fare in the House and what might happen if it goes to the Senate. She said that it will be important for the University to “keep very close watch on it” in the coming months, adding that President-elect Lawrence S. Bacow will be “very much focused” on the PROSPER Act when he takes office in July.