'The Handmaid’s Tale': Catalysts for Sisterhood in 'First Blood' 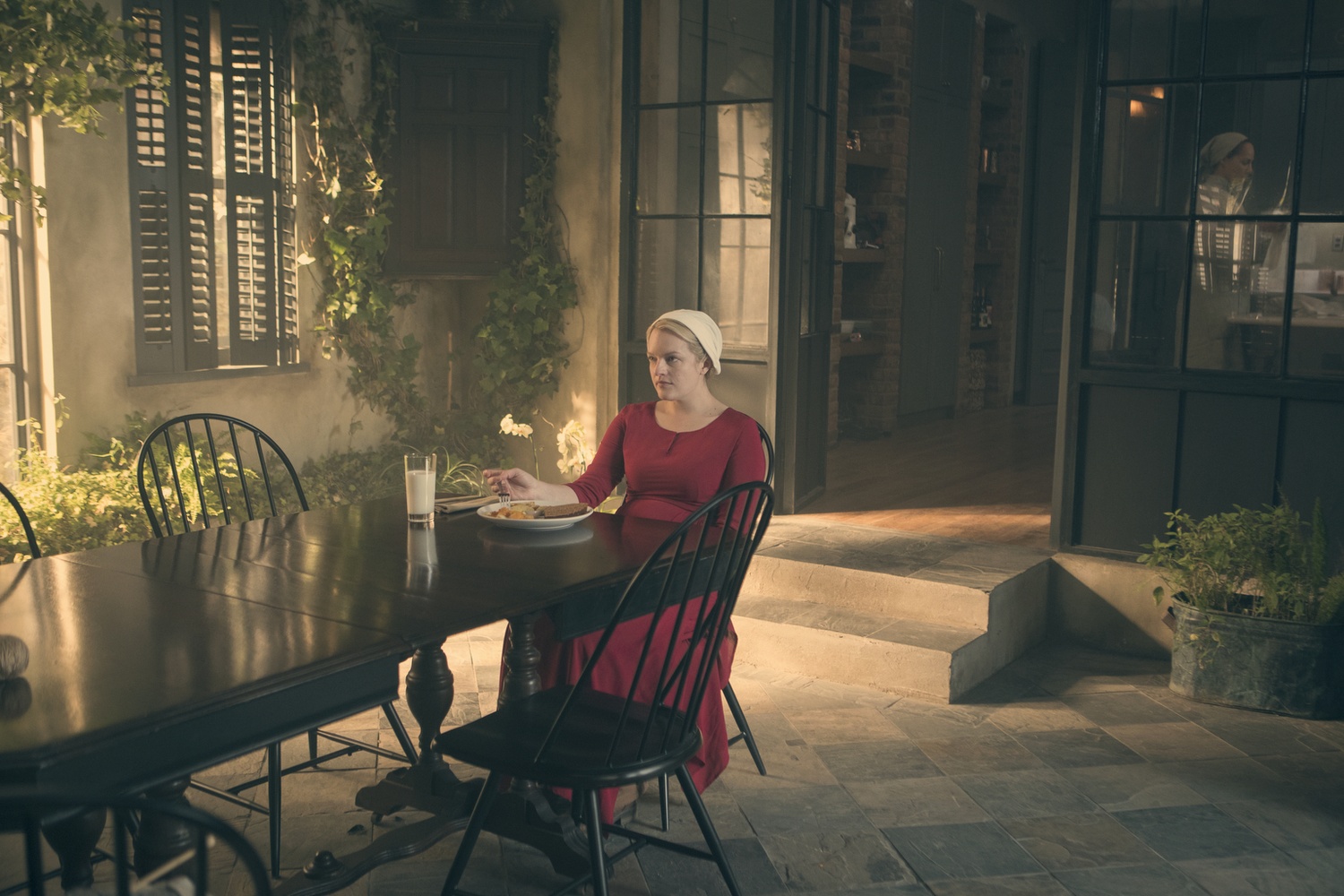 The extreme patriarchy of Gilead continues to crumble the tenuous bonds between women in “The Handmaid’s Tale.” Sisterhood is nearly impossible in Gilead when so many of the sisters in question are treated more like cattle than people. So when a budding friendship between June (Elisabeth Moss) and Serena Joy (Yvonne Strahovski) blooms in “First Blood,” it refreshes the show’s potentially stifling character dynamics and provides hope for those who want to see women regain power in one of the most effective ways: through solidarity.

June and Serena Joy’s friendship was inevitable—the two, as they discover through a particularly awkward brunch—led somewhat similar lives before Gilead. Though Serena Joy was an outspoken revolutionary with horrific views on reproduction and June grew up in a feminist household and attended protests, the two both have a love for words (Serena Joy wrote a book and June used to work as an editor) and lived in the same Boston area. “Does anyone remember the name of that place on Boylston?” June asks the table, attempting to save the conversation after Serena Joy’s tone-deaf request to the tongueless Ofglen. “...It was amazing. The food was great and they had something called ‘the liberated omelet with eclectic potatoes.’”

“Magnolia’s,” Serena Joy says, answering the question. “They had the most amazing banana nut pancakes. Who knows—maybe we were there at the same time. Serendipity.”

June chuckles. The resemblance between the two are undeniable and purposeful, a clever way for “The Handmaid’s Tale” to find both tension and comfort in the characters who can laugh—rather morbidly—about going to brunch in a past life. But the differences are even more stark, making their psuedo-friendship’s downfall inevitable too. The scene in which it breaks is perhaps even more intense, tragic, and fraught than when “The Handmaid’s Tale” resorts to theatrics to sell a point. This is in large part due to both Moss and Strahovski’s incredible capacity to convey complex, layered emotion. As Serena Joy shows June a nursery-in-the-making, June tries to use her elevated power as a pregnant handmaid and the two’s newfound bond to bargain for a visit with her forcibly-separated daughter, Hannah. “If I could see her, it would just make me feel so much better,” June whispers. There’s a perfect combination of genuinity and fakeness in Moss’s countenance, from the restrained tears to the slightly off-pitch voice. Though “The Handmaid’s Tale” is already a stellar show because of its robust writing, Moss’s performances truly continue to push the show to its fullest potential.

As does Strahovski’s, whose character consequently replies “That’s not possible” after a long pause. In those few seconds, Serena Joy shifts from empathetic to confused to betrayed to angry. It’s impressive work accomplished in such a short amount of time—so much is conveyed, even though not much is said.

The leading women of “The Handmaid’s Tale” are clearly talented actors, so it’s truly disappointing when other supporting actors’—namely Max Minghella, who plays Nick—shoddy acting fails to provide the same heightened stakes. As June angrily cries about Serena Joy’s actions, Nick dispassionately stands in the background. “I want to see my own daughter,” June spits. “We’ll find a way,” Nick recites. Because of the discord in acting, belief in the fiction is temporarily suspended, hurting the immersive quality of the show.

Regardless, “First Blood” is still one of Season Two’s better episodes, even if it rushes the changing dynamics between June and Serena Joy ever-so-slightly. It’s a bit of an emotional whirlwind to jump from pure resentment to potential camaraderie to bitter spite once again in the span of an hour, but Moss and Strahovski handle it beautifully. Besides, the weight of their falling out is temporarily sidetracked when Ofglen goes rogue and quietly sprints into the opening of a new handmaid training center, a lit grenade in hand. There’s no doubt that Serena Joy’s husband, Fred, won’t come out of the explosion unscathed, putting both Serena Joy and June alone in the same household. It’s the catalyst to the next few episodes, capitalizing on the potential for friendship “First Blood” implies, and presenting an opening for these women—so similar and so different—to take back power in the Waterford home.