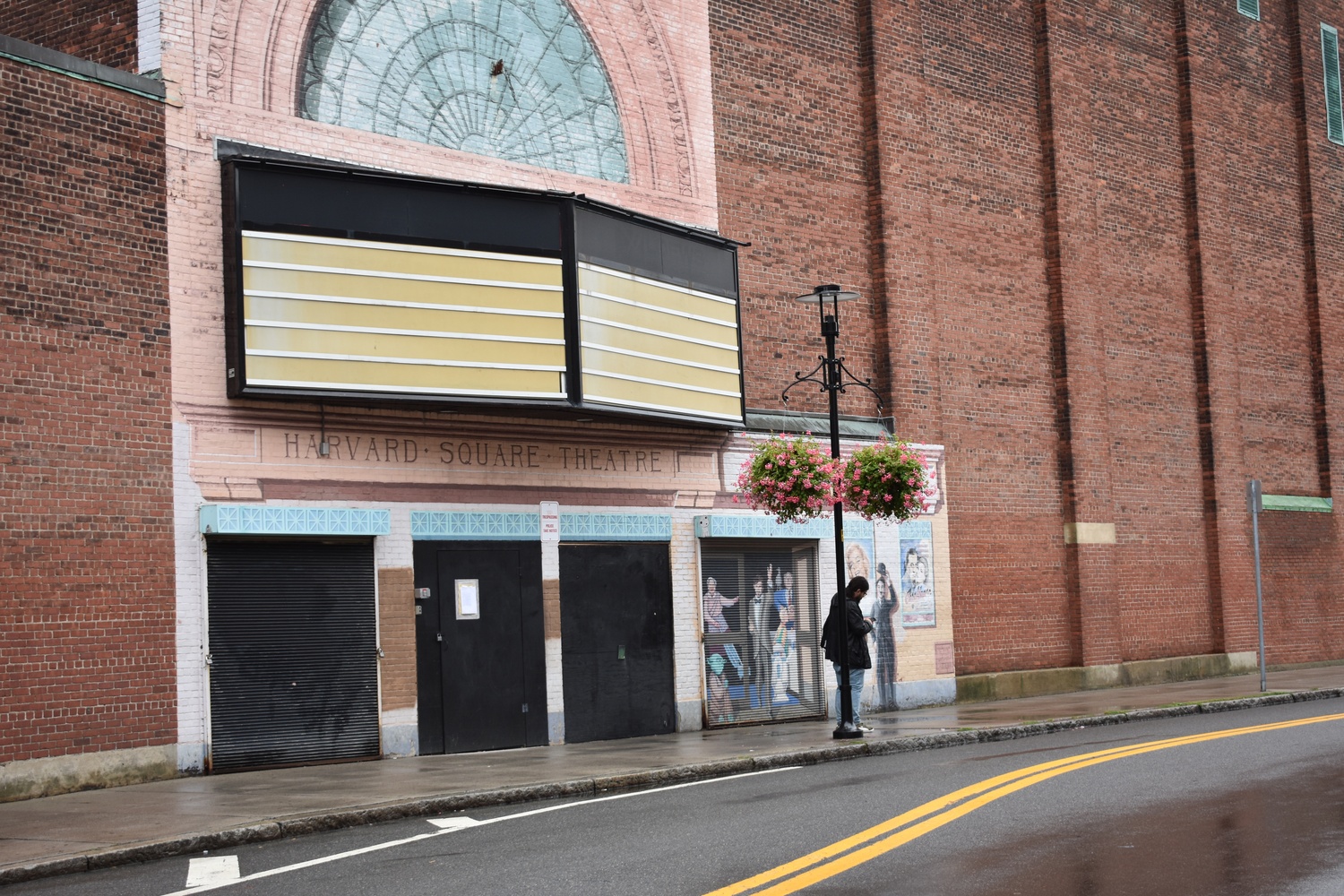 The Cambridge Historical Commission has postponed granting a certificate of "appropriateness" to a Harvard billionaire's plans to renovate the Harvard Square Theater due to concerns over the new building's size and the lighting thrown by its suggested facade — a large, external video screen.

The theater, which is located on Church St. and has been vacant since its closure in 2012, was purchased by billionaire and top-tier Harvard donor Gerald L. Chan in 2015. In 2017, Chan officially revealed his plans for renovations, which would add 14 feet to the height of the current building and establish a large LED-dotted facade for outside art displays.

In order for construction to begin, Chan’s team of architects must first win certification from the Cambridge Historical Commission. Executive Director Charles M. Sullivan said the commission oversees modifications to building exteriors, demolition, and construction within the Harvard Square Conservation District. In recent years, the Commission’s influence on the future of Harvard Square has sparked frequent debate as renovations crop up throughout the area.

“The Commission is looking to understand the nature of the design, one feature of which is an innovative lighting system that involves LED illumination, or moving illumination,” Sullivan said of Chan's plans, noting that the LED-facade has been used only once before, to his knowledge — to adorn a museum in Basel, Switzerland. “We have to consider how to regulate that kind of thing — and is it going to be on the spectrum of Times Square or is it going to be more subtle?”

“It’s a complicated site because the building is connected to an abutting building, there’s shared egress," said Anthony D. Galluccio, an attorney representing Chan. "Obviously we had to look at excavation for the theater, but the building is sandwiched in between two other very old buildings.”

“We had to spend a lot of time on technical issues,” he added.

The reopening of the theater is a top priority for some in Harvard Square.

Denise A. Jillson, the executive director of the Harvard Square Business Association, said the building's closure had lasting negative repercussions for the local economy. Jillson linked the closure of Cambridge restaurant FiRE+iCE in 2016 to the theater’s shuttering four years earlier.

“The impact that the theater had on our businesses on that street cannot be overstated,” Jillson said. “There were about 1,000 people on Church St. every single night because of the theater, and you close the theater, there are 1,000 fewer people.”

Sullivan also stressed the theater’s impact on nearby businesses in the Square.

“Harvard Square is less of a draw without having a movie theater. We’ve had a movie theater since 1925, so people throughout the Boston area were used to coming to Harvard Square, eating in restaurants, shopping, going to the movies, and going home,” Sullivan said. “That’s a significant group of people who haven’t been coming.”

Despite the wait, community figures say they remain optimistic about the facade and the project overall. Suzanne P. Blier, a Harvard professor and leader of the Harvard Square Neighborhood Association, said she is pleased with the work Chan’s team has done.

“While it should come down in height, and will need careful light planning and control, I love the idea! In a way it is a new form of public art,” Blier wrote in an email.

Though there may be several more hearings before the project is approved, Sullivan said the outlook is positive.

“In general, the public seems to like it. And it’s certainly within the realm of possibility to receive a certificate of appropriateness, but there are these details that need to be worked out,” Sullivan said.

Galluccio said Chan’s team has also sought public feedback on the proposal and is optimistic about the permitting process.

“We had a pretty successful first hearing, the reception was pretty good, which I think really relates to a long process of getting here where we spent a lot of time listening to different stakeholders in the community,” Galluccio said. “It took us a long time to get to this point but it was a very informed process."

Chan’s team will present their plan and a mockup of the facade at another hearing before the Historical Commission in the coming months.

Jillson acknowledged the remaining hearings, demolition, and construction process may take up to three years. But she said locals are looking forward to the end result.

“The reopening will be a time for celebration,” Blier wrote.