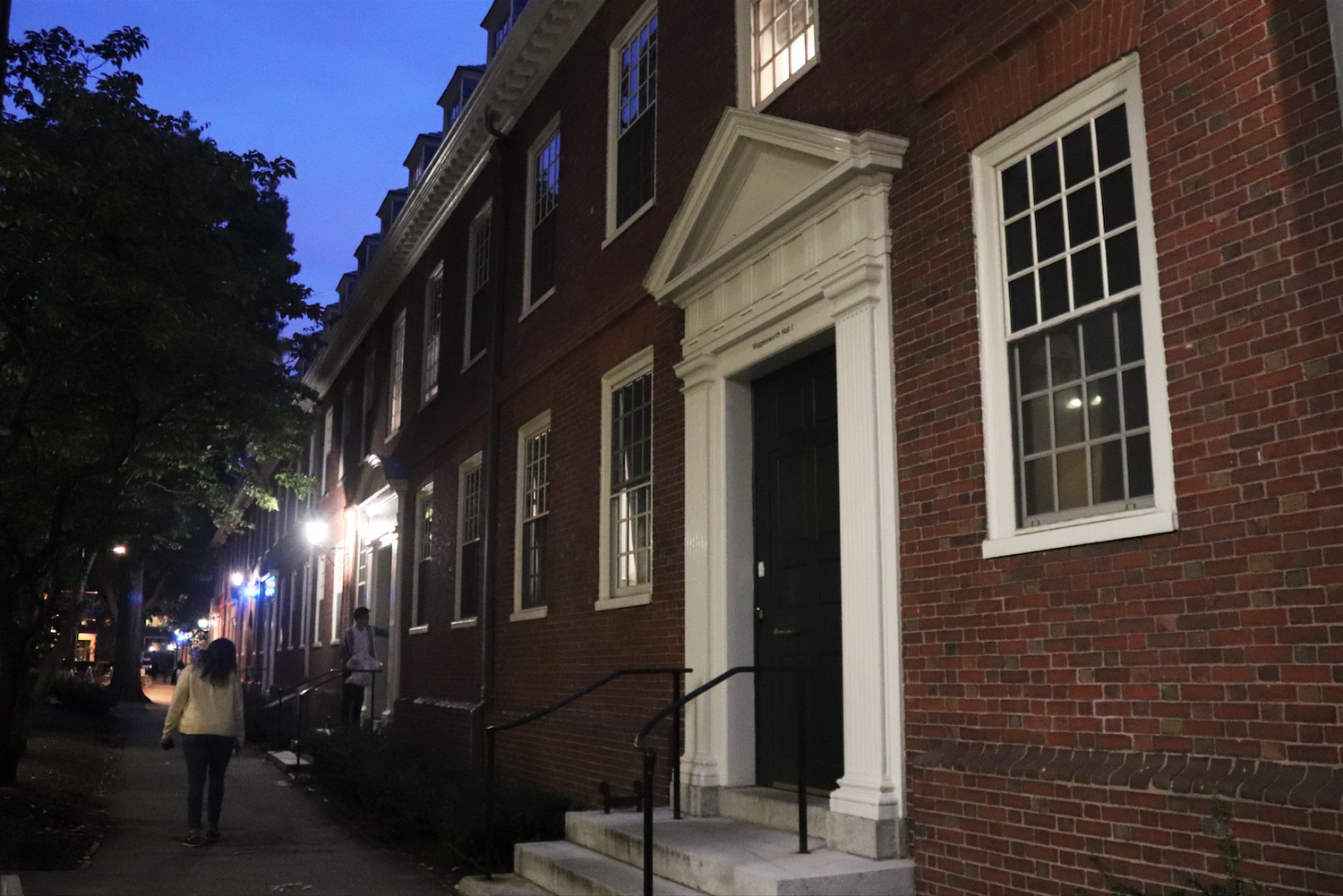 More freshmen were the victims of robberies in the Yard. By Kathryn S. Kuhar
By Isabel M. Kendall, Crimson Staff Writer

Several Wigglesworth Hall residents reported that someone climbed through their first floor window while they were sleeping and stole “several laptops, wallets, and an iPhone,” Catalano wrote.

Approximately four hours later, officers discovered an attempted burglary at Mower Hall while in the Yard investigating the burglary in Wigglesworth Hall. The offender or offenders pulled the screen off the window but were not able to break into the room due to the vent lock.

These incidents come just a few weeks after another string of thefts were reported in Holworthy and Mower Halls. The earlier thefts are similar to those that occured on Friday in terms of both methods and items stolen.

On Aug. 28, a freshman in Mower reported that, while he had been asleep the previous night, someone raised the screen on his open window and took a laptop from a nearby desk. On Sept. 5, several Holworthy residents reported the theft of laptops, wallets, and an iPad. Once again, the perpetrator climbed through a window.

The burglaries prompted some freshmen on the first floors of Holworthy and Mower to take additional precautions such as locking windows and avoiding placing valuables near windows.

“You’re not living in a total bubble. There’s stuff you have to look out for,” said Douglass A. Bryant ’22, who lives on the first floor of Holworthy, after the initial break-ins occurred.

Though thefts like these do occasionally happen in the Yard and the upperclassmen houses, this many in such a short time frame is unusual.

In response to a similar string of thefts in February of last year, a college subcommittee worked with the UC to improve residential security and produce a report of their findings. The group was part of the larger Harvard Safety Committee, which seeks to raise awareness about security breaches across the College.

In his email on Friday, Catalano urged Harvard affiliates not to prop doors open, to keep their rooms locked, to close their windows when leaving the room, and to “keep all property away from windows.”