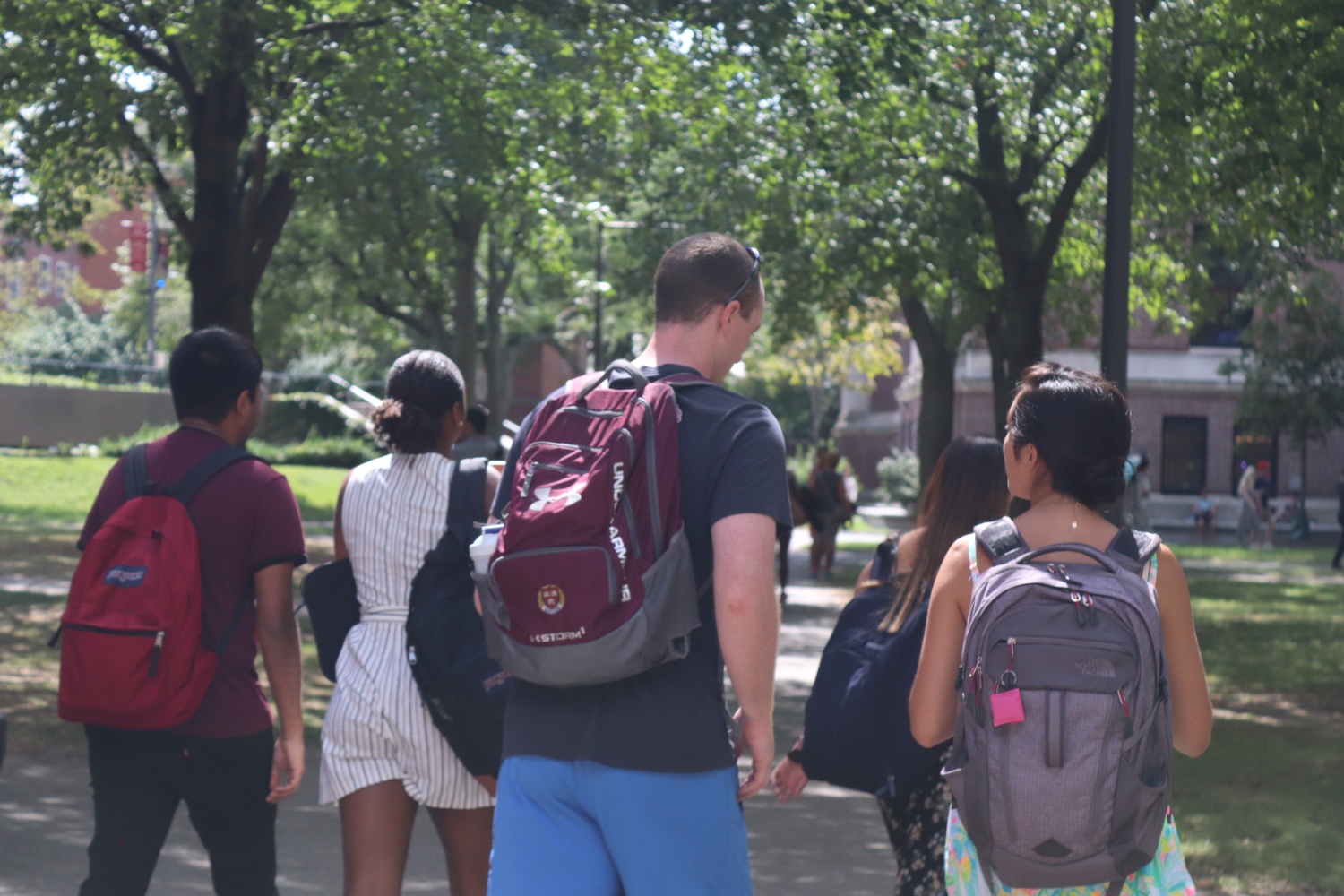 When the Memorial Church bells tolled at 8:40 on Tuesday morning, some students noticed that the Yard was busier than usual.

Unlike in previous semesters, when students had a seven-minute grace period —colloquially known as ‘Harvard Time’ — before classes began, this semester 9 a.m. classes began right on time.

The first day of classes also marked the debut of a new course schedule — adopted by the Faculty of Arts and Sciences last spring — which aims to prepare students and faculty for the 2020 opening of Harvard’s Allston campus, which will house much of the School of Engineering and Applied Sciences.

Flora DiCara ’20, Julia E. Canick ’19, and Melissa Drake  ’21 said they thought the number of full lecture halls was due to the new schedule.

Of roughly a dozen students interviewed by The Crimson, many said they saw classmates sitting on stairways and spilling out into the halls Tuesday. During the first week of classes — known on campus as "shopping week" — students have not finalized their schedule and are free to wander in and out of classes at will.

In addition to perennial favorites like Life Sciences 1A: “An Integrated Introduction to the Life Sciences,” packed courses included Statistics 210: “Probability I,” Government 1368: “The Politics of American Education,” Societies and the World 40: “The Incas: The Last Great Empire of Pre-Columbian South America,” Organismic and Evolutionary Biology 50: “Genetics and Genomics,” and Science of the Physical Universe 27: “Science and Cooking: From Haute Cuisine to Soft Matter Science.”

For some students, the loss of school-sanctioned tardiness overshadowed the actual classes themselves.

Daniel Chang ’20 said that although he was aware of the new schedule, he found the disappearance of “Harvard Time” to be off-putting.

“I would say the weirdest thing for me was that I was trying to be early and came at 9:02 for my 9 a.m. class, and missed a very solid two minutes,” Chang said.

All of the interviewed students said their latest first day was most remarkable in its uneventfulness.

“What happens? Nothing happens on the first day of classes. You go to the class and it’s really hot,” Isabel Haro ’21 said.