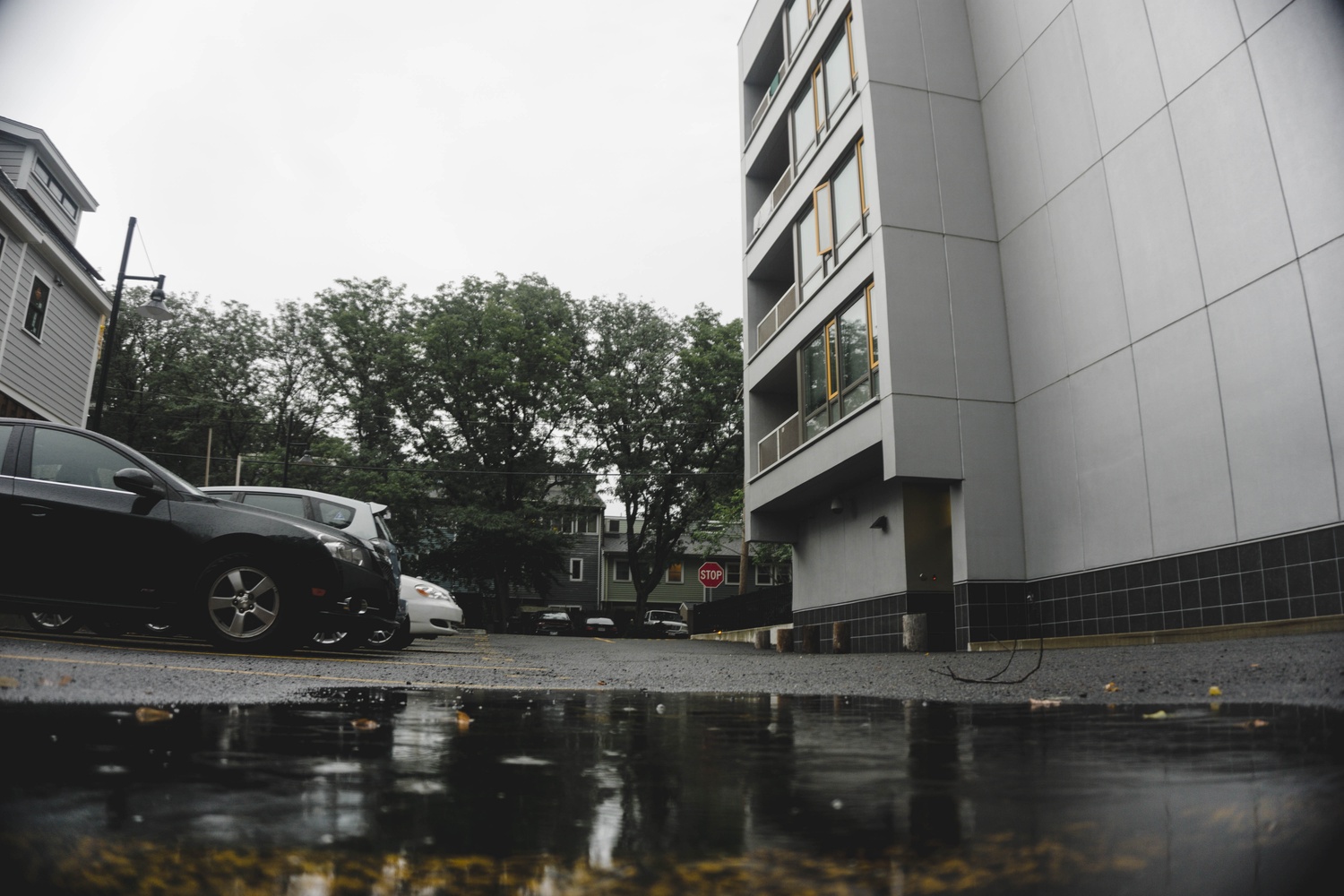 An 80-year old woman died after being struck Thursday afternoon by a car in the parking lot of the Cambridge Housing Authority building, pictured here. By Justin F. Gonzalez
By Isabel M. Kendall, Crimson Staff Writer

An 80-year old woman died this afternoon after being struck by a vehicle in an apparent hit-and-run in a parking lot, spurring the Cambridge Police Department to spend hours seeking the driver responsible.

CPD identified a suspect in the death late Thursday night: Ashley Monturio, 41, of Pembroke, Mass. At the time of the incident, Monturio was driving a white Infiniti QX 60 SUV, according to police.

Officers found the victim, Romelia Gallardo, in the parking lot of the Cambridge Housing Authority building in Cambridgeport around midday Thursday. Police said Gallardo appeared to have been using a walker when she was struck. Police transported her to CHA Cambridge Hospital, where she was officially pronounced dead.

“It’s a tragic incident and our deepest condolences go out to the victim, her family and friends in the LBJ Housing community,” Cambridge Police Department spokesperson Jeremy Warnick wrote in an emailed statement.

The L. B. Johnson Apartments, located adjacent to the scene of the crime, is an apartment complex that offers public housing to elderly and disabled individuals. The building is owned and managed by the Massachusetts Public Housing Authority.

Late Thursday afternoon the scene of the accident was empty save for a few cars left in the parking lot and a number of local television news vans. A light drizzle fell.