Does Gillette Get to be Part of #MeToo? 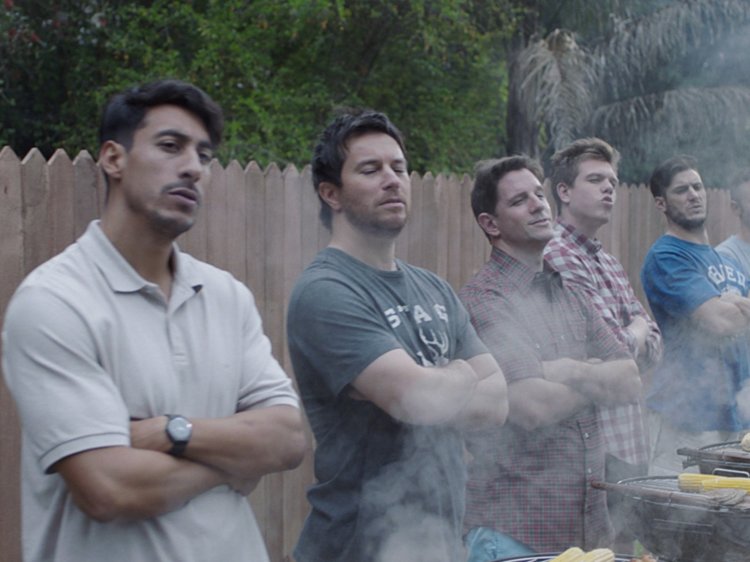 A still from Gillette's new commercial, "We Believe: The Best Men Can Be." By Courtesy of Gillette
By Kaylee S. Kim, Crimson Staff Writer

It’s the age of #MeToo, and Gillette wants to be part of the conversation. In an online-only advertisement that premiered three weeks before (and capitalized on) the buzz of Super Bowl commercials, the company released “We Believe: The Best Men Can Be,” which highlights various manifestations of toxic masculinity, followed by a harmony of men echoing, “Boys will be boys.” Cut to a montage of news anchors covering sexual assault allegations (and Terry Crews as the apparent leading activist), after which men begin to hold each other accountable, from scolding their friends for catcalling to telling their daughters that they are strong.

The reactions were varied and numerous. Thousands of men and women alike on YouTube and Twitter publically resolved to boycott Gillette products, rejecting the ad’s sweeping depiction of men and masculinity as inherently violent and chauvinistic. Susan Cantor, chief executive of branding firm RedPeak, told the Wall Street Journal, “Men are saying, we feel marginalized, criticized and accused rather than feeling inspired empowered and encouraged.” In direct opposition, many commended the ad for shining light on the ways in which men consciously and subconsciously inculcate ideas of masculinity into the next generations, and for providing concrete examples of productive accountability within communities of men. Yet another school of critique called the ad “quite conservative” for believing too strongly in the ability of men to reform themselves. Neil J. Young of the Huffington Post noted, “In Gillette’s world, there’s no need for a systematic dismantling of the patriarchy, no plea for a reassessment of entrenched gender roles. Men can fix it.”

No matter the polar and polarizing reactions to the ad, one thing is for certain: Gillette sparked conversation, and deliberately so, even if those conversations relied too heavily on buzzwords like “toxic masculinity.”

So the real question is: Does Gillette have a place in the #MeToo conversation?

One could argue that such companies have a responsibility to reverse the toxic versions of masculinity they helped to perpetuate throughout decades of advertising. But whether they are able to do so without profit as their key objective remains doubtful. Yes, perpetuating negative stereotypes of men initially seems to be at odds with the goal of winning them over as customers. But in actuality, women are often the purchasers for the household, and they have largely reacted positively to the ad — something the creative team behind “The Best Men Can Be” must have predicted from the ongoing dialogue surrounding #MeToo. Some market experts also posit that the ad was created to shift their target demographic to millenials who are more likely to align themselves with progressive social causes.

Companies that capitalize on social issues (a process that often also gives a gold star to the consumer to make them feel like they’ve “made a difference”) for visibility, relevance, and monetary gain are nothing new to the business world, and if anything, their attempts have been foiled repeatedly. “The Best Men Can Be” is hardly different. It exemplifies why commodity activism — the use of political messages to boost a company’s reputation and/or sales, which has surged during Trump’s presidency — is fundamentally incompatible with movements like #MeToo.

To summarize the company's tumultuous history, Gillette has constructed hyper-masculine ideas of manhood, all the while convincing women they need to be hairless to fulfill their potential for full feminine beauty (with their Venus-line razors wrapped in pretty pink packaging, of course). Their business depends on these insecurities. And now it is leveraging feminism — veiled, white feminism — in hopes of reinvigorating falling stocks. It’s no coincidence — what else can explain this sudden change in paradigm if not the very same thing that fuels all commodity activism?

Some have commented that, at the very least, Gillette’s attempt took risk, a kind of chutzpah that companies often avoid and instead cower behind “safe” campaigns like Pepsi’s infamous ad featuring Kendall Jenner in a flaccid homage to #BlackLivesMatter. Even so, this risk paid off, and Gillette knew it would: With 24 million views on YouTube and counting, Gillette is collecting the views it needs to convert them into sales.

Instead of controversy-seeking advertisements, then, Gillette should bring its energy inwards to the marketing of their actual products, to reverse the damage it has done in continuing to portray perfectly bearded men and hairless women — not attempt to address a multifaceted social movement in the span of two minutes.