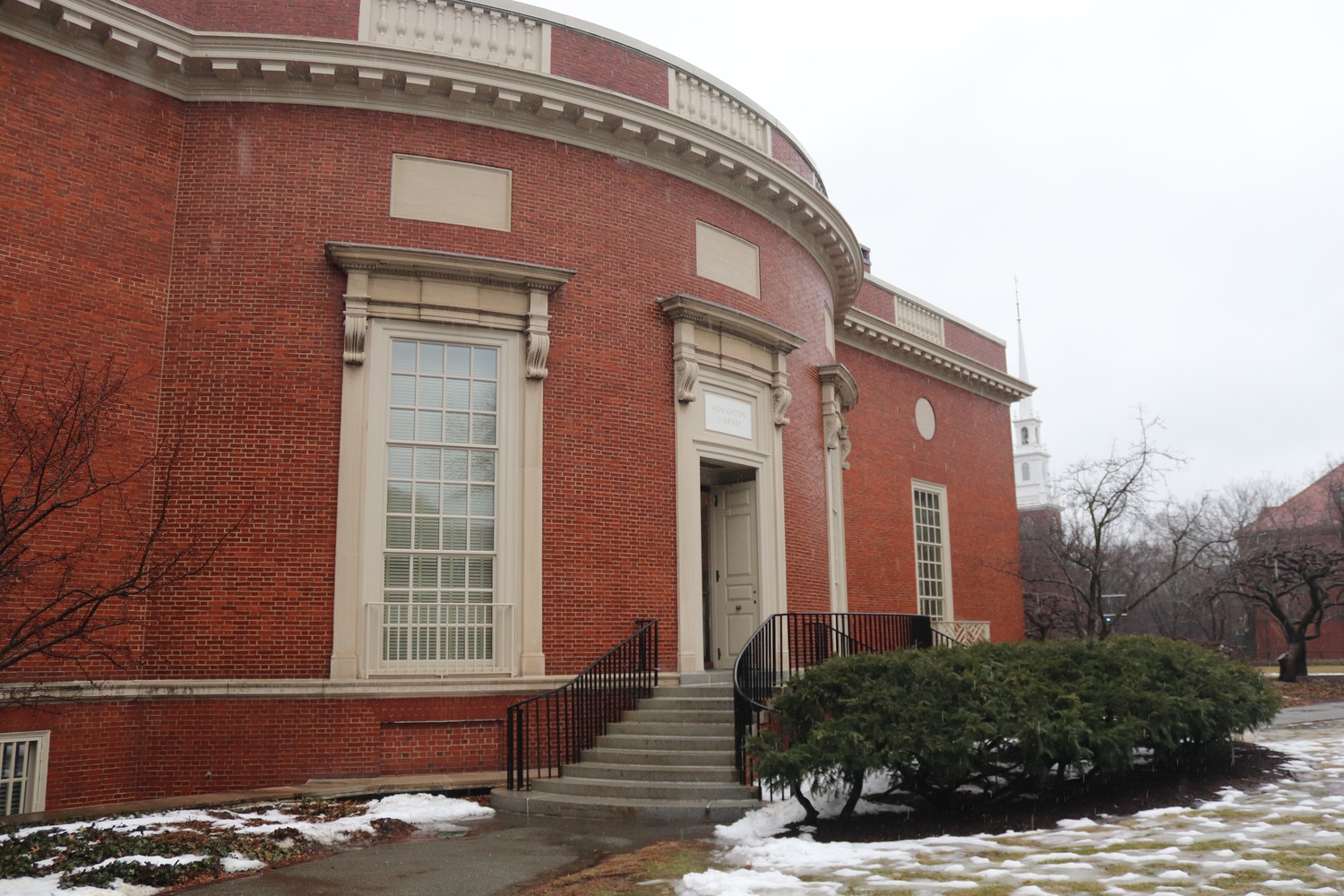 Houghton Library will undergo significant changes beginning this fall as part of a year-long renovation project designed to increase accessibility to the building, which houses Harvard’s rare manuscripts and books.

The renovation will include redesigning the building’s entrance, increasing library security, and creating group study and research consultation spaces. The renovation will also add accessible restrooms, an elevator, and a gender-neutral restroom. Administrators have wanted to renovate Houghton ever since the implementation of the 1990 Americans with Disabilities Act, according to Houghton Librarian Thomas Hyry.

The University first started making formal plans to renovate Houghton three years ago, and a recent donation of children’s literature — which includes first editions, manuscripts, and letters — by Susan Solomon and Peter J. Solomon ’60 has accelerated those plans.

“We’re doing things to literally make it more accessible, but then accessible more metaphorically as well,” Hyry said. “We’re trying to make a more welcoming and inviting atmosphere so that when you walk in you think ‘I’m in a special place’ but you don’t immediately wonder whether you’re supposed to be there or not, but your presence there is reinforced.”

The renovation coincides with other recent initiatives to increase visibility: Houghton’s staff began hosting an undergraduate research fellowship four years ago and has digitized much of its collection in recent years.

“It’s a really wonderful opportunity for the library to demonstrate physically that there’s change afoot and at the same time that we respect our traditions and the very valuable collections that we have,” University Librarian Sarah Thomas said.

In deciding where to donate his collection of children’s literature and illustrations, Solomon said he considered Princeton University, the Morgan Library and Museum, and even the Metropolitan Museum of Art, but ultimately settled on Houghton.

“I’ve been involved with Harvard since my graduation in 1960...so I went up and talked with Houghton and I said, ‘You know I really should give this to you,’” Solomon said. “The Houghton collection is very strong in the areas I’m strong in, but they don’t have a lot of the material I have.”

During a visit to Houghton to discuss donating his collection, Solomon noticed some of what Thomas referred to at the time as the building’s “deficiencies,” remarking that Houghton is not very accessible and is rather “like a fortress.” He said he wanted to see the hidden “jewel” that is Houghton become a “more integral part of Harvard.”

“I wanted to open it up, I wanted to have accessibility, including real handicapped accessibility [and] I wanted the whole area in front of it be repaired and enlivened, it had been left in neglect. I said, ‘I’m too old to wait to get this funded, I’ll just pay for it,’” Solomon said, though he acknowledged that some of the money for the renovation will also come from Harvard and other sources.

Solomon estimated that his collection encompasses some six hundred or seven hundred items. The collection features works mostly by American and British authors and illustrators like Helen Beatrix Potter, known for The Tale of Peter Rabbit, and Lewis Carroll, known for Alice’s Adventures in Wonderland.

Houghton will receive the entirety of Solomon’s collection over the next few years, according to Solomon. The library plans to exhibit the works it has already received when it reopens in fall 2020.

“The gift itself is quite accessible because people will have grown up with these children’s classics, and they’ll be like magnets to draw in students who will want to not just relive their childhood experience, but actually come to it with a more mature pair of eyes and understand why these particular books are worthy of study and worthy of enjoyment,” Thomas said.

Approximately 300 classes and 3,000 students via their classes use Houghton’s facilities in a year. When the building closes in the fall, Houghton will still host classes — albeit fewer — in facilities in Widener, Pusey, and Lamont Libraries.

Houghton’s reading room will relocate to Widener Periodicals Room which, under its previous name the “Treasure Room,” housed some of Houghton’s collections from 1915 to 1942, after Widener finished construction but before Houghton was built.

—Staff writer Sahana G. Srinivasan can be reached at sahana.srinivasan@thecrimson.com.