Panelists Discuss Faith and Activism at Harvard’s Institute of Politics 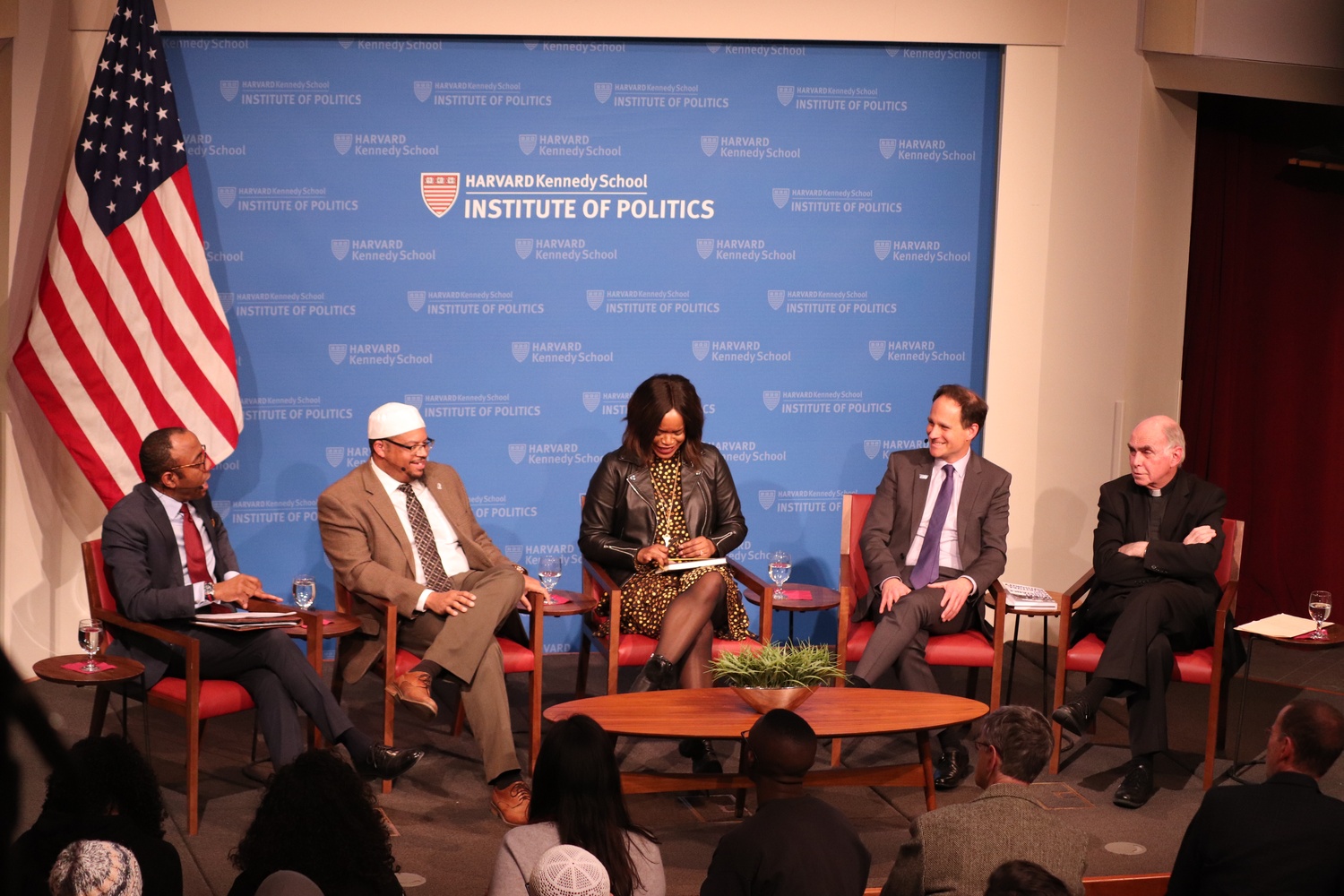 Members of the panel "Moral Resistance: When Faith & Activism Meet in the Streets" spoke about how faith impacts their advocacy at the John F. Kennedy Jr. Forum Wednesday evening. By Kathryn S. Kuhar
By Ruth Zheng, Crimson Staff Writer

Religious leaders and activists spoke in praise of unity across diversity and tackled questions about the intersection of faith and activism at an Institute of Politics panel Wednesday evening.

Despite hailing from different religious backgrounds, panelists said they were among friends and colleagues. Several said they had once fought together for causes such as racial justice and gun control.

Referring to a line in the Quran, Abdur-Rashid said inclusion serves as a crucial tenet in Islam.

Brooks posed a question about how religious communities can better foster inclusion, especially during a time of growing extremism and rising hate crime rates.

He said the panel “occurs at a moment of unprecedented activism, but it is also a dangerous moment.”

Addressing the issue of division, Abdur-Rashid said he feels strongly about the need to advocate from one’s principles above all else.

“If we try to make connections and stand for what’s right, not what’s convenient, that goes a long way from my experience,” Abdur-Rashid said.

Packnett said she was inspired by the leadership of Reverend Traci Blackmon, a pastor at Christ The King United Church of Christ in Florissant, Mo. who was active during the protests in Ferguson, Mo. in 2014.

Blackmon "brought the church out to the streets of Ferguson" when some people did not feel comfortable attending the church, Packnett said.