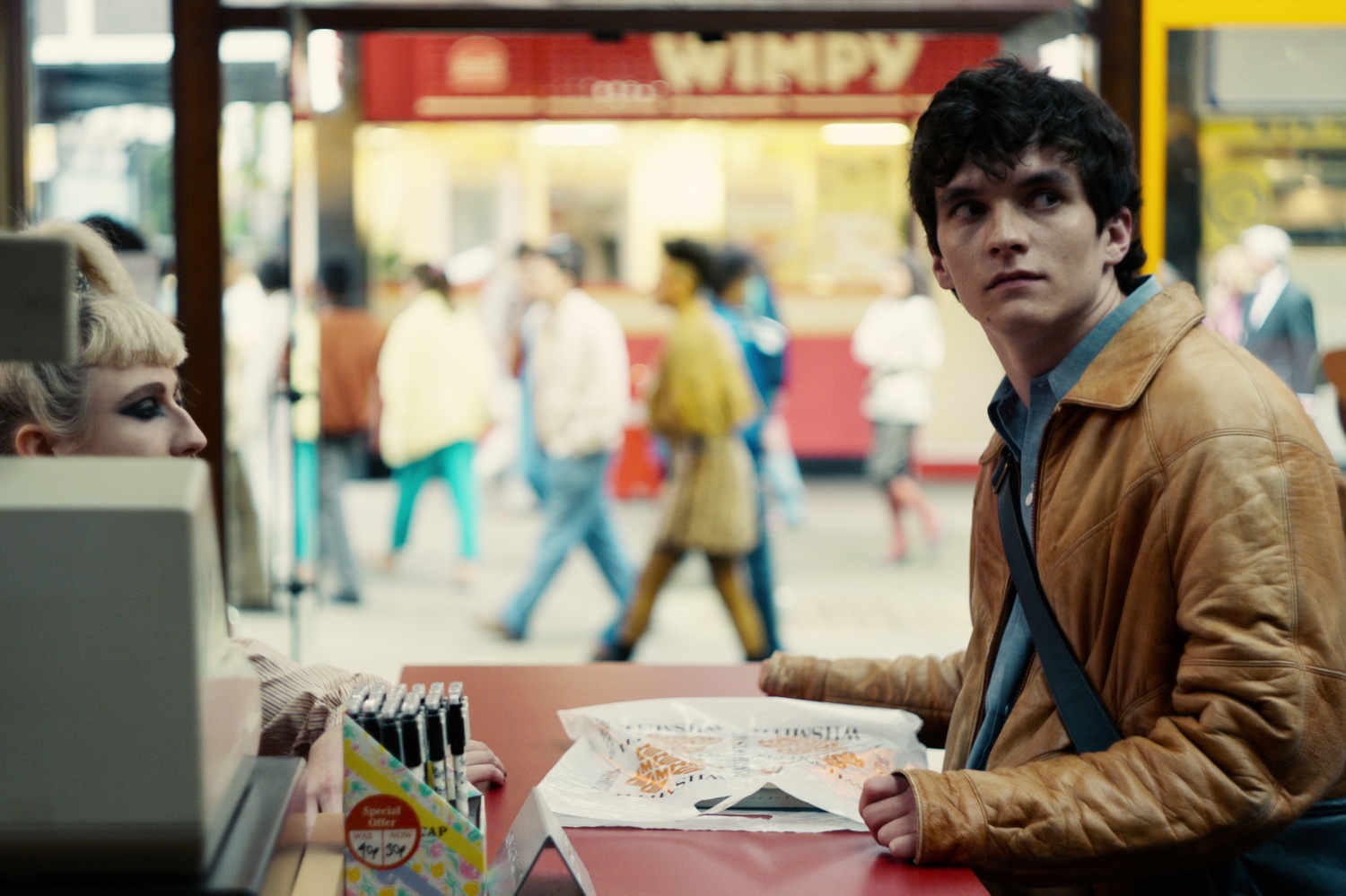 This review contains spoilers for “Bandersnatch.”

“Black Mirror,” Charlie Brooker’s darkly satirical TV brainchild, is known for lamenting the perils of modern technology with anxiety-inducing — and often, horrifically gruesome — made-for-television movies. But it’s found a brand new way of sending its viewers into a screen-obsessed panic: Its latest venture, a choose-your-own-adventure game called “Bandersnatch,” debuted on Netflix in the last days of 2018.

“Bandersnatch” takes place in the 1980s. Players only get one choice at their character, and it’s Stefan Butler (Fionn Whitehead), a programmer creating his own choose-your-own-adventure game for a company called Tuckersoft. There are multiple timelines and endings to “Black Mirror”’s game-film-hybrid, and players navigate through them by deciding between two options at every round. You’re given 10 seconds to decide if Stefan should eat Sugar Puffs or Frosties for breakfast, 10 seconds to decide if he should do LSD with legendary game designer Colin Ritman (Will Poulter), and 10 seconds to decide if he should bludgeon his father to death with a glass ashtray, or calm down.

“Black Mirror” isn’t always one for subtlety, and sometimes that’s a good thing. After all, both “Nosedive” (Season 3) and “USS Callister” (Season 4) were well-received by critics, and neither episode was coy about its premise or motivation. But “Bandersnatch” smacks you with its thesis again and again. And then one more time, just in case you didn’t already get the point. In one scene, Colin simply rambles on and on about personal freedom and the lack of it while tripping on acid, presenting the episode’s thesis in one clean monologue: “People think it’s a happy game. It’s not a happy game. It’s a fucking nightmare world, and the worst thing is, it’s real and we live in it.”

If you want to play the game, then you don’t really have much of a choice other than to play along with Colin’s “nightmare world.” “Bandersnatch” is rather relentless about this, which then raises the question (that the episode has been extremely forthcoming about) of whether or not you actually have a decision in any matter. If you choose to not have Stefan divulge the painful details of his mother’s death during a therapy session, the game forces you to share anyway. If you choose to refuse Colin’s offer of LSD, he’ll drop it into Stefan’s tea regardless, saying “I chose for you” after he spikes the drink.

And in one path, if you choose to back off instead of killing Stefan’s dad, Peter (Craig Parkinson), it’s game over. The screen will flash to two retro TVs, and you’ll have the option of restarting a few minutes back. The implication is that you were supposed to make the more violent choice if you really wanted to “beat the game,” which just means rolling the credits in “Black Mirror”’s case. That is the very definition of a “nightmare world”: Playing “Bandersnatch” from Stefan’s perspective means that the player will be embodying his character during the game. (In one path, the camera shifts to his POV so you can fall with him as he jumps off a roof, rather than watching him commit suicide.) And generally speaking, people want to choose the least traumatic events for themselves.

But “Black Mirror” encourages the opposite in “Bandersnatch” because, well, it’s “Black Mirror.” If you end up taking the most bloody path in all the timelines (killing Peter and chopping up his body), Stefan will finally impress an irritating game-reviewer with his product, earning himself five stars while sitting in jail. In fact, choosing the most peaceful timeline will earn Stefan zero stars for his game, and will cut “Bandersnatch” short, leaving the player with an unsatisfying ending and the option to try again. This comes immediately after accepting an offer from Tuckersoft for Stefan, at which the episode wants to let you know that you’ve messed up. “Sorry mate, wrong path,” Colin says to Stefan, but it feels like the message is really meant for the player.

And thanks to “Bandersnatch”’s less than graceful writing, it’s too clear what exactly that message is: Everything is hopeless! We’re all stuck in a box! The world can be a horrible and cruel place! That’s already the premise for most “Black Mirror” episodes, except “Bandersnatch” isn’t nearly as engaging — ironic, as it’s supposed to be an interactive game. That might be its Achilles’ heel: “Bandersnatch” lacks the usual paranoia-driven plotline because it’s already fractured by its very structure. Theoretically, that could be saved by interesting characters, but “Bandersnatch”’s main player is remarkably dull, with a tragic backstory artificially injected to induce sympathy. There’s not even pure suspense to make the alternate realities as compelling as they should be, because the clunky plot structure just isn’t up to speed with the episode’s innovative platform.

Besides the frustratingly grating message, “Bandersnatch” does have its better moments. One of the more complicated endings involves Stefan going back in time, and allowing his child-self to die with his mother in a train crash. In the present day, Stefan dies quietly in his chair, and it’s clear that he’s achieved some sort of peace or resolution from the past trauma, even though it’s one that leaves his father distraught, and perhaps, the player uncomfortable with the events unfolding in front of them. The scene is one of “Black Mirror”’s best for this reason: There is no clear-cut answer of right or wrong when it comes to this choice, making its unresolved question all the more thoughtful.

“Bandersnatch” also finds its footing with its most meta-commentary — the scenes where the episode doesn’t just break through the fourth wall, but burns it down. While “Bandersnatch”’s theories on control and technology are inelegantly presented through clumsy dialogue, the episode shines when you’re given the option to explain to Stefan (reminder: he lives in the 1980s) what Netflix is, and why he feels like he might be in a choose-your-own-adventure game himself. Should you choose this path, two options ensue, one of which involves a delightfully-choreographed fight scene at the therapy office. “Fucked up your day properly!” Stefan screams at his therapist. “Me and my friend from the future!”

“Bandersnatch” also self-critiques through its episode’s resident game critic (Robin, played by Paul Bradley), who appears in several endings to give Stefan’s final product a star rating. It feels like both a preemptive defense against the potential onslaught of criticisms, and a slight jab at the very act of reviewing itself (which, this amateur TV critic thought was hilarious, and perhaps well-deserved).

But just because “Black Mirror” acknowledges its potential faults, doesn’t mean it’s absolved of them. How many stars does “Bandersnatch” get? In the spirit of “Black Mirror”’s bold move into interactive television and choose-your-own-adventures, try the game, and decide for yourself.