Despite Stellar Performances, ‘Lucy In The Sky’ Disappoints 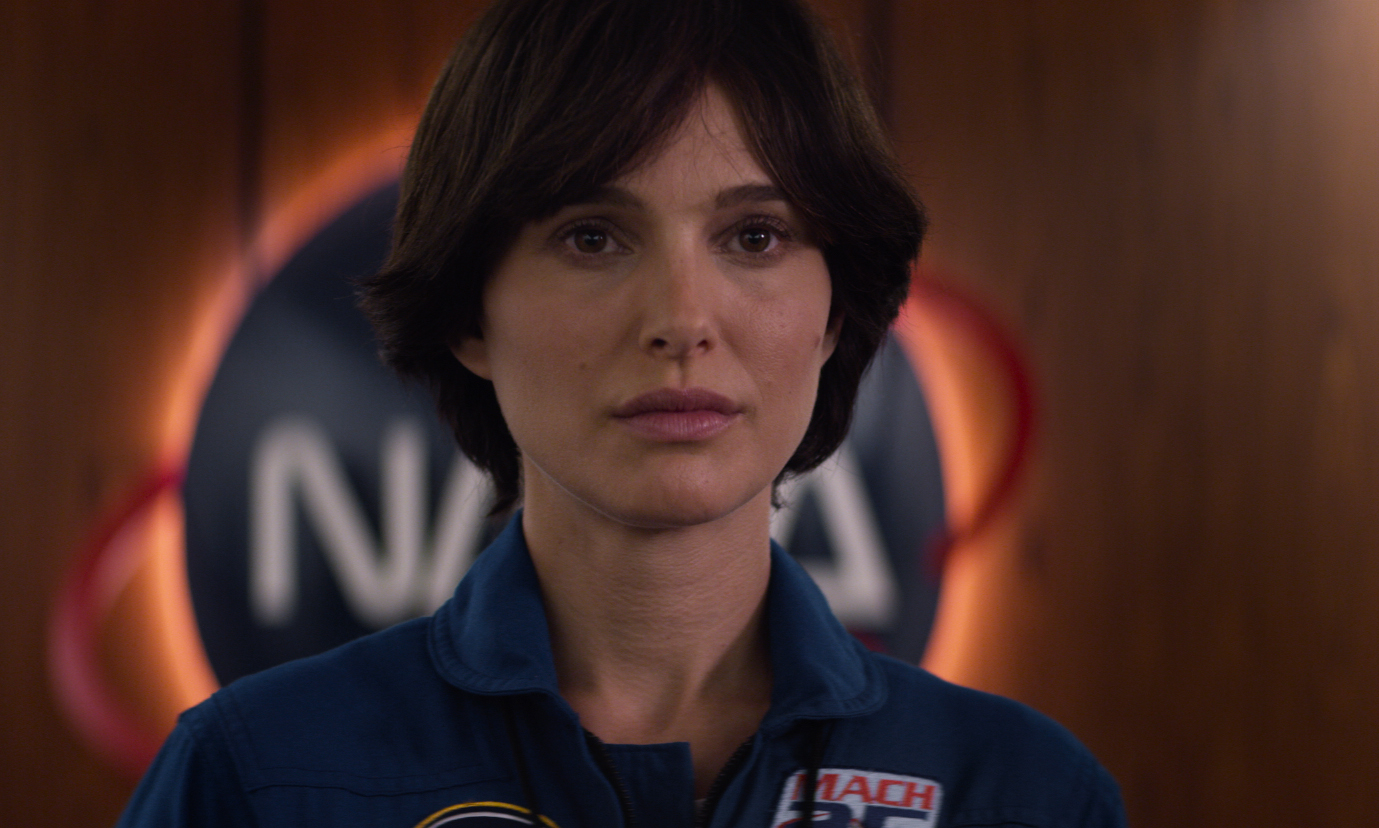 Natalie Portman stars as Lucy Cola in “Lucy In the Sky” (2019), directed by Noah Hawley. By Courtesy of Fox Searchlight Pictures
By Branch A. Freeman, Contributing Writer

For a film about astronauts, “Lucy In The Sky” spends remarkably little time in space. Like several recent films of the genre — particularly James Gray’s “Ad Astra” (2019) and Damien Chazelle’s “First Man” (2018) — “Lucy In The Sky” is more concerned with exploring the psychology of its protagonist than any of the faraway places she visits. Like both of those films, however, this one falls short of its ambitions: Despite excellent performances and technical polish, “Lucy In The Sky” never quite overcomes the confused and uneven portrayal of its protagonist.

Directed by Noah Hawley, “Lucy In The Sky” tells the story of Lucy Cola (Natalie Portman ‘03), a NASA astronaut who struggles to resume life on Earth after a stint on the International Space Station. The character of Lucy is loosely based on real-life astronaut Lisa Nowak, who was arrested in 2007 for attacking the girlfriend of a fellow astronaut with whom she had had an affair. An ambitious overachiever since childhood, Lucy finds that her trip to space has left her jaded, unable to appreciate the comparatively “small” pleasures of day-to-day life. An affair with astronaut Mark Goodwin (Jon Hamm) does little to help, and Lucy’s mental state — as well as her marriage and professional reputation — quickly deteriorates.

This premise is promising enough. A slow-burning depiction of Lucy’s undoing could have been a gripping cautionary tale about the promise and peril of professional drive and ambition. Unfortunately, Lucy’s breakdown is treated as a foregone conclusion from the film’s first moments. The result is that the rest of the movie feels more like a muddled and repetitive exercise in voyeurism than a cohesive character study.

Lucy, we are told, is an astronaut of the highest caliber, a hyper-competent “cool customer” able to perform feats of technical complexity and physical daring without so much as an uptick in blood pressure. The glimpses we get of Lucy’s talent — such as when she amazes a flight engineer by reciting his entire pre-flight checklist from memory — are thrilling. But these moments are few and far between, overshadowed by constant reminders of Lucy’s inevitable breakdown. In one early scene, Lucy and her crew hurdle towards Earth aboard the returning Space Shuttle. As her colleagues busy themselves with trajectories and re-entry angles, Lucy sits teary-eyed in the back seat, apparently distraught by her return to Earth. Lucy’s mental state appears compromised from the very start, and her emotional arc is cut short as a result.

The reasons for Lucy’s breakdown are also poorly defined. Her musings on the insignificance of terrestrial life feel too abstract and philosophical to explain her increasingly erratic behavior. The constant pressure placed on Lucy by her controlling grandmother Nana (Ellen Burstyn) is much more compelling — the tension between them, Lucy’s mild-mannered husband Drew (Dan Stevens), and teenage niece Blue Iris (Pearl Amanda Dickson) is one of the film’s strong points. Ultimately, though, viewers are not expected to think too deeply about the causes of Lucy’s mental collapse. As Mark, speaking to Lucy, puts it in less-than-subtle terms, “You went to space, and it blew your fucking mind.”

Among the film’s strengths are Portman’s convincing performance (although her faux-Southern twang distracted on occasion). Hawley’s direction is mostly effective, too, if a bit heavy-handed. Protracted overhead shots, alluding to Lucy’s view of Earth from orbit, are beautifully conceived, but lose potency with each successive repetition. The use of changing aspect ratios to frame the on-screen action adds another element of visual interest.

The film’s craftsmanship makes for a pleasant viewing experience, but unlike many other films about space travel, “Lucy In The Sky” is light on visual spectacle. Like Lucy herself, some audiences may be frustrated by the small scale of this mostly Earth-bound film. Ultimately, viewers will need to decide for themselves whether Lucy’s emotional journey is convincing enough to make for a satisfying experience.