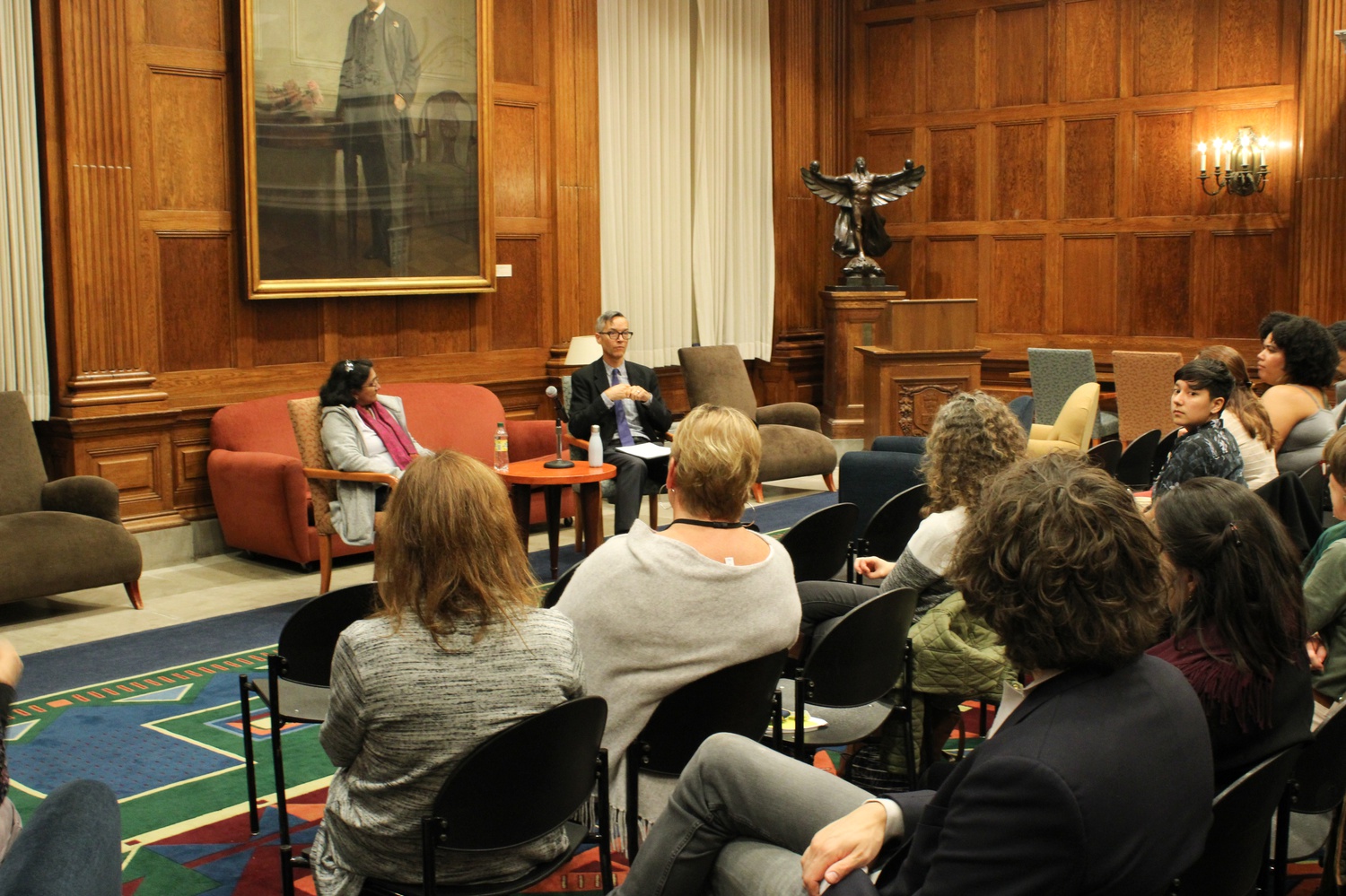 Dean of Arts and Humanities Robin E. Kelsey held a town hall Tuesday to discuss inclusion and belonging, and update division affiliates on the investigation into a “hateful” message delivered to a Harvard faculty member last month.

The event — which drew roughly 40 professors, graduate students, and undergraduates — came roughly two weeks after a faculty member received a note posted on her office door that insulted her ethnicity and immigration status and questioned her place at Harvard. The faculty member was with several graduate students when she saw the posting, which also wished her ill.

Dean of the Faculty of Arts and Sciences Claudine Gay and University President Lawrence S. Bacow sent an email about the incident to University affiliates the next day on Sept. 27, writing that they “unequivocally” condemn it. They also wrote that they would not be providing additional information about the incident out of concern for the faculty member’s privacy.

Harvard University Police Department has assigned a detective to the case, Kelsey told affiliates at the meeting. Kelsey said the detective told him similar incidents of hate speech have happened before at Harvard.

Kelsey said the incident and the town hall should serve as a starting point for discussions about diversity in the Arts and Humanities more broadly.

“I'd really rather use it as a springboard to talk generally about the issues of inclusion and belonging within the division of Arts and Humanities, but if people feel some particular issues or concerns arising out of that incident, I'm happy to address them in the broad sense of addressing a really horrible instance,” he said.

Several attendees asked Kelsey and Graduate School of Arts and Sciences Dean for Academic Programs and Diversity Sheila Thomas — who co-led the town hall — whether students and faculty members of color should be worried for their safety after the incident last month. Kelsey and Thomas said in response that they would like to see the University implement a formal procedure for investigating allegations of racial bias.

Attendees at the event made a variety of suggestions to make Harvard more inclusive, including increasing the number of gender-neutral bathrooms in the Barker Center and ensuring students are aware of implicit biases that may affect instructor evaluations.

Discussing the latter, creative writing professor Teju Cole said the University needs to reshape students’ image of what a professor looks like.

“It might be appropriate not to assume that people have some kind of like natural ability to assess how they're taught, that there might be some kind of training, some sensitivity training of some kind, to help people understand that society has taught us that genius looks like a white man,” Cole said.

The discussion took place in the Barker Center’s Thompson Room. Several attendees noted that the room is lined with portraits of white men, which Kelsey suggested may change during forthcoming renovations. Kelsey added that he is committed to academic inclusion, and that he hopes his term as dean will be measured by the strides his division makes in becoming more diverse.

“The quality of our intellectual exchange and the work that we do is going to be directly related to the extent to which all members of our community feel included, feel like they belong to this division, this school, and this University,” he said.