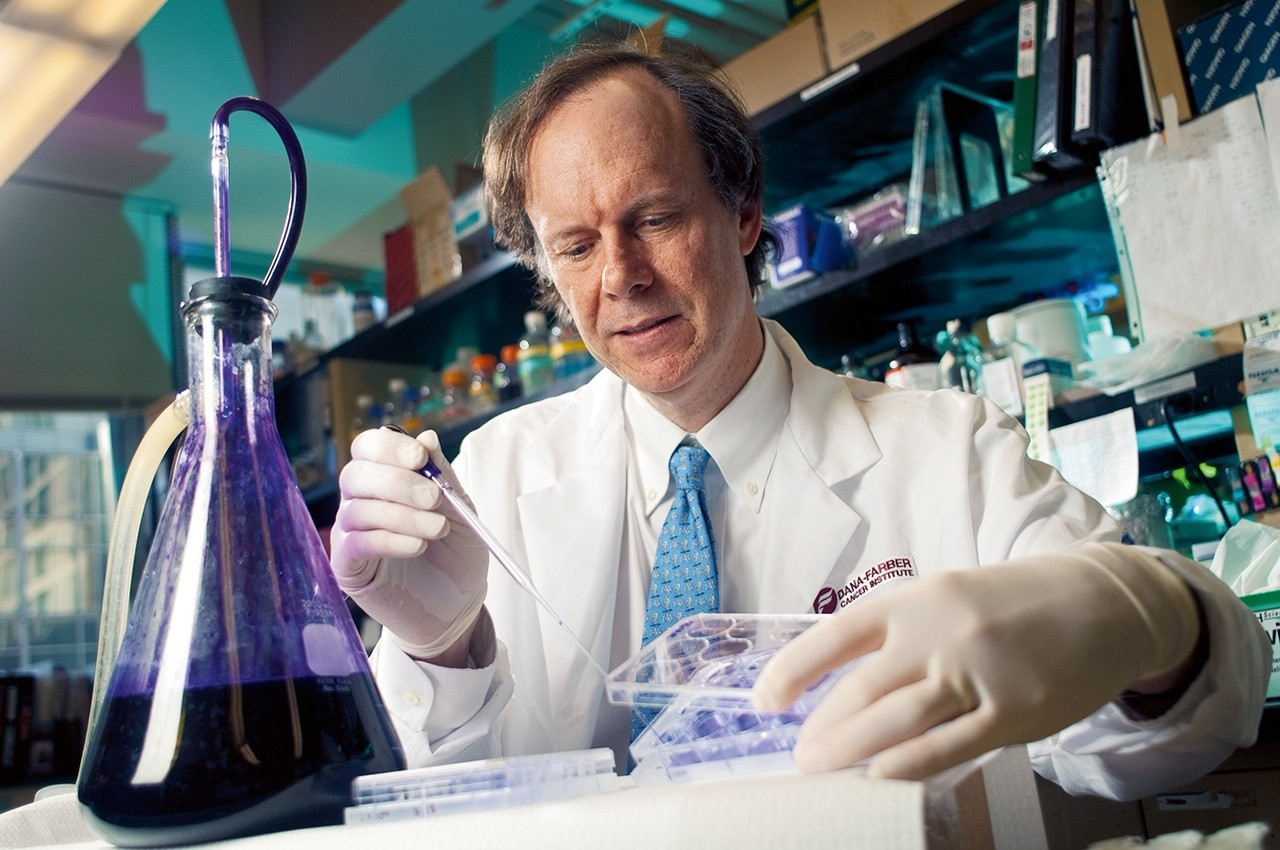 William G. Kaelin — professor of medicine at the Dana-Farber Cancer Institute, Harvard Medical School, and Brigham and Women’s Hospital — has been named a winner of the 2019 Nobel Prize in physiology or medicine.
Advertisement
Advertisement

A conversation with Harvard's most recent Nobel prize winner on the philosophy behind his research, the welcomeness of unexpected experimental results, and whether or not he normally wears button downs at 5 a.m.
By Bhargavi Garimella and Kevin Tan

William G. Kaelin Jr., a professor of medicine at Harvard Medical School and a researcher at the Dana Farber Cancer Institute, is one of three winners of the 2019 Nobel Prize in Medicine for his work in determining how cells sense and adapt to the presence of oxygen. This discovery is expected to have implications for the treatment of diseases like cancer and anemia. Fifteen Minutes sat down with Kaelin to discuss the philosophy behind his research, the welcomeness of unexpected experimental results, and whether or not he normally wears button downs at 5 a.m.

Fifteen Minutes: Your research is considered a breakthrough in basic science research. As a cancer researcher, how do you reconcile the ‘big picture’ work of your lab with a more focused view of fundamental biological processes?

William Kaelin: I see things as a continuum starting with fundamental mechanistic work, and if you're lucky, along the way you hopefully create opportunities to actually do things with that knowledge. In our case, my work started with a hereditary cancer syndrome, where we were looking at individuals who had a high risk of developing a number of different tumors, including kidney cancers, because they had inherited a defective version of the VHL tumor suppressor gene. We thought this was an opportunity to learn about oxygen sensing, which would be important in a variety of diseases, both cancerous and non-cancerous. We thought we would learn something about the control of angiogenesis [development of new blood vessels], which we knew from the work of Judah Folkman and many others, might create an opportunity to blunt tumor growth by blocking their ability to induce new blood vessels. And then finally, we thought the VHL gene would be sort of a Rosetta Stone for understanding what makes a kidney cancer a kidney cancer, since the activity of the gene is predisposed to kidney cancer.

So I think it's more of a continuum, but I think the truism here is you can't start out simply to say, “I want to do something applied,” and have a chance of doing something really transformative unless you roll up your sleeves and first understand the system you're working on a bit better.

FM: How has your personal philosophy influenced your research philosophy?

WK: When I was completing my clinical training, I did so with the anticipation that I was going to wind up being a clinical doctor. I thought it would be intellectually stimulating and that there would be lots of clinical puzzles to solve to help patients. But as I went on with my training and did my fellowship in clinical oncology at Dana Farber, it became very clear to me that our understanding of most cancers I was seeing was wholly inadequate. I was watching patients suffer because of our collective ignorance about the real molecular basis of the tumors they had. That motivated me tremendously to try, in any way I could, to help us generate that kind of missing knowledge. But I also think having been a physician really grounded me, because you're reminded that there are patients counting on us to do better and to generate new knowledge. It's not about how many papers you published, or what societies you got elected to, or what prizes you won. It's about publishing things that are true and can help your other colleagues then move forward.

FM: A lot of people assume that to be a successful scientist and researcher, you have to keep a lot of your discoveries closely guarded. But there seems to be a sense of a ‘people-first’ strategy that permeates your own career. How do you think this has affected your research and your career?

WK: First of all, I want to debunk a couple commonly held myths, and one is that scientists don't like to share, and they don't like to work with one another. Especially today, where so many experiments have gotten so complex, you usually can't survive without collaborating with other scientists. And while there is an issue of people keeping their findings secret, there’s also a tremendous pressure on people to go public with their findings. There’s an assumption that someone else out there is competing with you, and that if you’re going to be successful, you have to get it in the public domain. I would say there is pressure to publish too early, and that’s a shame because it takes more time to do the work carefully and methodically. I think it’s a balancing act. You certainly don’t want people holding data back that could help many other people, but at the same time, if you rush and you’re too premature, things can start to get a little sloppy and you start to disseminate some things that actually aren't true.

FM: What keeps you going when your expectations for your research don’t align with the outcome?

WK: I actually welcome unexpected results, because if every result you get is expected, then you’re probably not doing science; you’re doing engineering or something rather pedestrian. A good scientist should always be on the lookout for unexpected results, and should welcome them, because a lot of important discoveries actually start with unexpected results. In fact, I’ve heard more than one Nobel Prize winner say that some results might have led to a Nobel Prize but ended up in a trash bin because scientists couldn’t quite get a handle on their results. So they assume they’ve done something wrong when in fact, if they’d thought about it a little more deeply and were more receptive to other explanations, they would have seen that they were really onto something.

FM: As you’ve gone through your career, how has your view on the state of research and academia changed over time?

WK: The kind of experiments I admire, and the scientists I admire, do experiments that are a bit off the beaten path. That's our aspiration –– to do experiments that are pretty and witty. I do think sometimes, the technology is so powerful and attractive that people gravitate in the direction of technology, whereas I tend to start off with, “What's the biological question we're trying to address?” And then I'll figure out what technology I need, versus some people who start with the technology and then try to figure out what questions they can answer.

WK: Well, I got my phone call at twenty ‘til five, so that gave me time to shower, shave, and get dressed. And then the phone started ringing right after the press conference, which was like 5:45 a.m., and by 6 a.m. I had photographers buzzing at my doorbell.