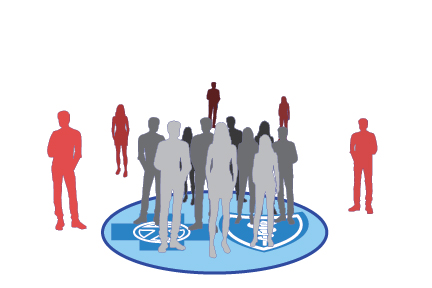 When former Harvard School of Public Health student Sarah M. Coppola developed a chronic medical condition in her third year, she started arranging medical visits with specialists. Before she could resolve the issues, however, she seriously injured her ankle.

The ensuing medical care drained her remaining specialist visits on her Harvard health insurance plan, forcing her to make a difficult choice.

“I found myself rationing my specialist appointments, and kind of deciding, like, what's more important,” she said. “[I found myself] having a conversation with my provider at [University] Health Services, of like, well, ‘this isn't gonna kill me, it's just majorly affecting my life, but like, this other thing could actually kill me.’”

Under Harvard’s Student Health Insurance Plan — which covers more than 10,000 graduate students, 2,600 undergraduates, and 600 dependents, through Blue Cross Blue Shield Massachusetts’s provider network — specialist consultations are capped at a level some students say forces them to make hard choices about their physical and mental healthcare.

Massachusetts law requires that any student enrolled full-time at an institution of higher learning participates in a student health insurance plan or in a health insurance plan of comparable coverage. For graduate students pursuing a Ph.D. in the Graduate School of Arts and Sciences, their premiums are covered.

Still, more than 15 graduate students pursuing Ph.D.s raised concerns about SHIP’s coverage and costs. Several of them said they have paid thousands of dollars out of pocket in co-pays and appointment costs despite the premium coverage.

Harvard University Health Services Spokesperson Michael Perry wrote in an emailed statement that while HUHS does not comment on individual cases, the plan’s administrators strive to balance benefits and costs for all members.

“SHIP is designed to ensure benefits apply to all members equally and that the costs to students are at a level that is appropriate across all of the students who utilize the plan,” Perry wrote. “The plan has to be designed with all students in mind.”

Coppola’s issues with SHIP stemmed both from her need to visit specialists outside HUHS and her compounding medical issues. Her chronic medical condition required that she see an outside specialist regularly, while wait times at HUHS forced her to also seek outside medical attention for her ankle.

Though physical health visits in-house at HUHS are unlimited, outside specialist consultations are capped at six. When Coppola’s orthopedist appointment required going outside HUHS, she neared her specialist cap and had to cancel all but one remaining chronic care appointment.

“I had some pretty concerning test results for major body organs that I was never able to follow up on because, had I gone, I would have ended up paying 100 percent out of pocket,” Coppola said.

Physical health visits, however, are not the only kind that face caps. Though the Student Health Fee does not cap visits to CAMHS, Harvard's plan — SHIP — caps mental health visits to providers outside of HUHS at 40 per year.

Some students say that they have sought outside providers for their longterm care.

Marisa J. Borreggine, a Ph.D. student in the Department of Earth and Planetary Sciences, said that because of the cap on mental health visits, she has chosen to not see a provider at all.

“If I can't go as often as I would like, then it becomes more of a burden in waiting, like week to week, ‘when am I going to see this person again?’” Borreggine said.

She said she would not be able to develop a “rapport” with her provider without at least weekly visits.

Several mental health law and health insurance experts said that with regard to its specialist and mental health caps, Harvard is unique.

Susan L. Ettner — a Health Policy and Management professor at UCLA’s School of Public Health — wrote in an email that the limit raises questions in light of the Mental Health Parity and Addiction Equity Act, a federal law that requires health insurers to provide equivalent physical and mental health benefits.

“The caps you are describing are often called ‘quantitative treatment limits’ (QTLs) and they are covered under MHPAEA for health plans subject to parity compliance,” Ettner wrote.

Three experts on health insurance law — M. Susan Ridgely, a Senior Health Policy Researcher at the RAND Corporation; JoAnn Volk of the Georgetown University Center on Health Insurance Reforms; and Jennifer E. Mathis ’88, Deputy Legal Director of the Bazelon Center for Mental Health Law — agreed that the 40-visit cap raised questions about the plan’s compliance with the MHPAEA, but ultimately concluded that the plan’s specific administration was not subject to the act.

Perry, the Harvard spokesperson, wrote in an email that the plan is fully compliant with all required federal and state regulations.

Harvard’s plan has been reviewed and certified as compliant by the Department of Health and Human Services, according to Perry. He also noted that a medical hardship fund is available for members who exceed the six-visit cap, though the funding is capped at $5,000 per member each academic year.

Though compliance is not required, Ridgely suggested there is an ethical question of whether a university ought to provide mental health coverage at parity, especially in light of how common mental health problems are on campuses.

“There may be a difference between what the university is legally required to do — and what the best evidence suggests that they should do,” Ridgely wrote in an email.

Christine M. Mitchell, who also graduated from the School of Public Health in the spring, never enrolled in SHIP because she has Marfan syndrome, which requires at least 27 specialist visits per year, she said.

Because she knew she would exceed the specialist visit cap, and that the cost of her specialist visits would be higher than the Medical Hardship Fund allows, she instead enrolled in the Mass Health Connector, even though her premiums would have been paid under Harvard’s plan. She paid $765 per month throughout her time in the doctoral program.

“The insurance plan is particularly bad for students who have chronic illnesses,” Mitchell said.

Perry noted that only a small number of students — less than one percent — run up on the specialist and mental health visit caps each year.

“It is important to note that there is no way to determine whether any or all of those members would have intended to exceed the six visits if they had been provided a higher limit,” he wrote.

‘IN AN IDEAL WORLD’

Coppola said she thought the plan could be great for someone who does not have health care concerns that the University considers to be special.

“There are aspects of the plan that are really good for the average 20-something. It’s these fringe cases where it can cause this entire disaster,” she said.

“In an ideal world, it would work like normal insurance,” she wrote in a separate email. “No limit on specialist visits with a co-pay.”

The majority of graduate students interviewed said they would also like to see dental insurance included in the health plan. Currently, the dental health insurance plan is optional, requiring students to opt-in.

Sarah E. Loomis, a fourth-year Anthropology Ph.D. student, ran into problems with the dental plan when she traveled to Mexico for research.

“I pay the extra for the dental insurance,” Loomis said. “But I still ended up paying about $100 each for a whole bunch of cavities one summer after I was in Mexico and didn't have access to clean water so didn't brush my teeth as much as I should have.”

Siobhan M. Kelly, a third-year Ph.D. student in Religion, said the current health insurance plan also does not provide adequate coverage for gender-affirming services for transgender students, including the out-of-pocket cost for electrolysis and chest binders.

SHIP currently only covers electrolysis when it is deemed medically necessary as part of gender genital affirmation surgery. The plan does not cover electrolysis under other circumstances.

Kelly, however, said electrolysis is an important part of their own process of becoming more physically aligned with their gender identity. The procedure has cost them thousands of dollars out of pocket.

Kelly said accessibility to gender-affirming services is critical, and that Harvard could improve access whether through full-coverage, partial-coverage, or even through a reimbursement plan.

“It's been an incredibly important part of my own personal experience,” Kelly said.

Many students are now turning to ongoing union negotiations as a potential avenue for change.

One sticking point in negotiations has been coverage for dependents. When fifth-year Religion Ph.D. student Carleigh A. Beriont enrolled in SHIP, the cost of adding her daughter onto the plan posed a significant financial burden.

“I would say that Harvard kind of puts us in the position of having to choose between becoming scholars and finishing our Ph.D.s, and being parents,” Beriont said. “Because you know, right now, I pay over 90 percent of my stipend that I make every year in childcare costs and health insurance for my daughter.”

Harvard Graduate Students Union-United Auto Workers has been negotiating with the University for more than a year. Earlier this month, they began a strike authorization vote. Echoing Beriont’s concerns, HGSU has proposed lowering the cost of adding a partner or other dependent to the plan. HGSU has also called for removing caps on specialist and mental health visits, and expanded dental coverage.

University spokesperson Jonathan L. Swain wrote in an emailed statement that the University has proposed creating a fund to address concerns about covering the cost of adding dependents to the plan.

“The University has proposed it will create a fund in the amount of $250,000, that would be administered by HGSU-UAW, to assist student workers in defraying premium and co-pay costs for Union members and for covered spouses and/or dependents,” he wrote.

Parastoo N. Massoumi, a second-year Ph.D. student in Education, said that while most of her experiences with HUHS have been positive and that she is grateful to have health insurance, there is room to improve — improvement she said could be accomplished through a union contract.