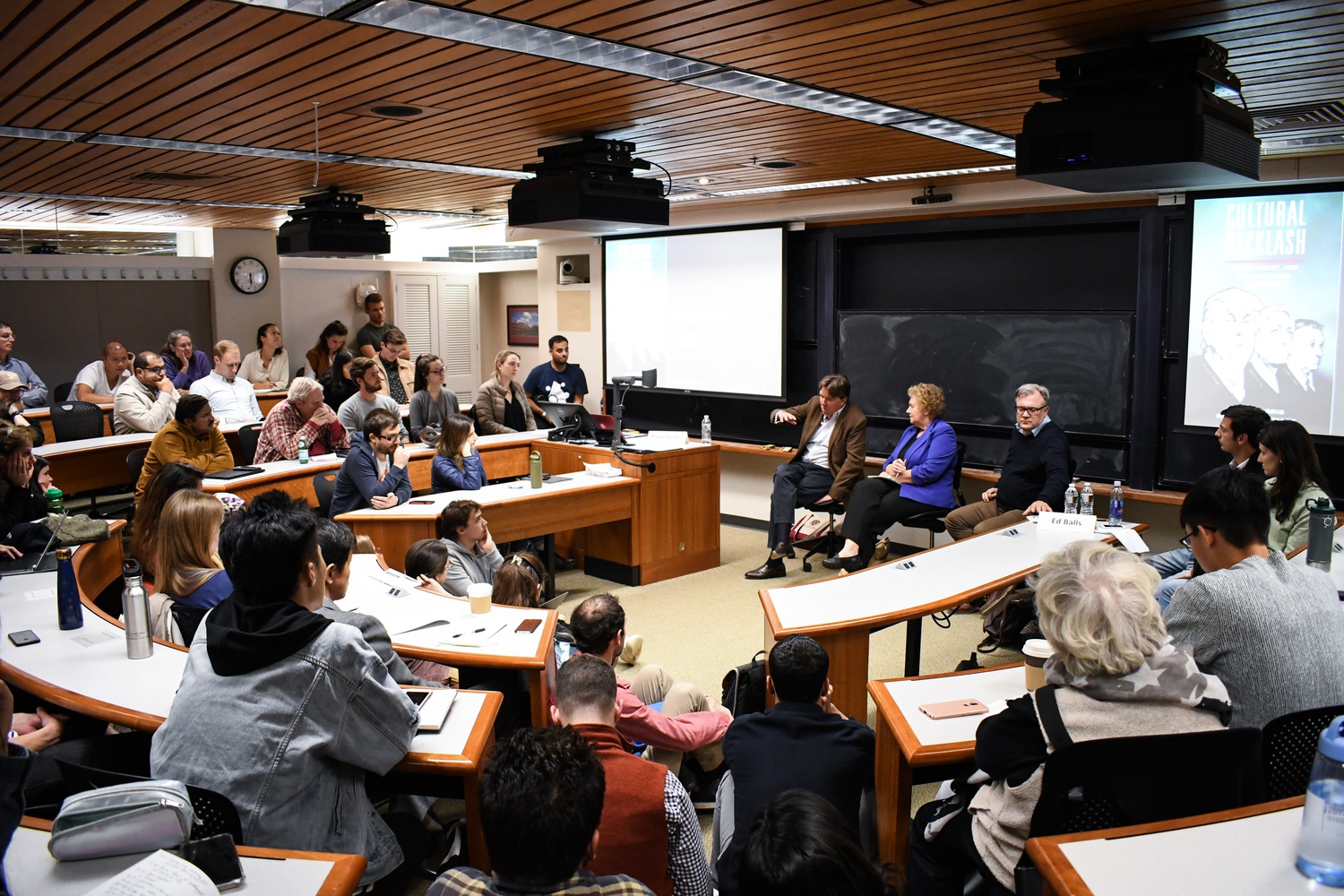 British policy experts pointed to polarization and rising populist sentiments as causes of the United Kingdom’s vote to leave the European Union — commonly referred to as “Brexit” — during a panel Monday evening at the Harvard Kennedy School of Government.

Speaking to more than 100 attendees in a packed lecture hall, Norris opened the panel by discussing the societal underpinnings of the Brexit referendum, describing the conflict as a “perfect storm” and a “challenge of cultural identities.”

“This is about, ‘Are you British or are you European or global?’” Norris said. “It’s about the basic fundamentals, about who you are, and those are things which you can’t compromise about.”

Tucker pointed to the polarization of political parties in the U.K. as another factor influencing the Brexit debate. While many British people have strong opinions regarding Brexit, very few of them have actually joined parties. As a result, their voices are underrepresented within the halls of Parliament, according to Tucker.

“We essentially have political parties that compete to govern who are fringe movements in our society,” Tucker said.

He said that as the two major parties in the U.K. have shifted to the extremes, the voice of centrists has lost weight in both parties, especially on the issue of Brexit.

Balls, who served as a Member of Parliament from 2005 to 2015, remarked that the rise of populist sentiments significantly contributed to the Brexit decision. He said that balancing large-scale changes with an acknowledgement of individual identity would mitigate the influence of these sentiments in future Brexit debates.

The panelists concluded the event by answering questions from audience members, which covered topics ranging from a possible referendum in Scotland to the risk of exiting the E.U. without a deal.

Several attendees said they appreciated the depth of the conversation from the three panelists.

“I really enjoyed the different opinions that they had, the way they predicted what might happen and made sense of it, and the points of tension between the speakers,” said Nathan Hodson, a student at the Harvard School of Public Health.

Graduate School of Arts and Sciences student Todd Gillespie said he appreciated the speakers’ depiction of the tumultuous political climate in the U.K.

“I thought it was really informative,” Gillespie said. “[The panel] reflected much of the chaos and indecision and uncertainty that our country is facing at the moment.”