‘After’ Is a Bad Movie, But That Is Far From the Only Problem 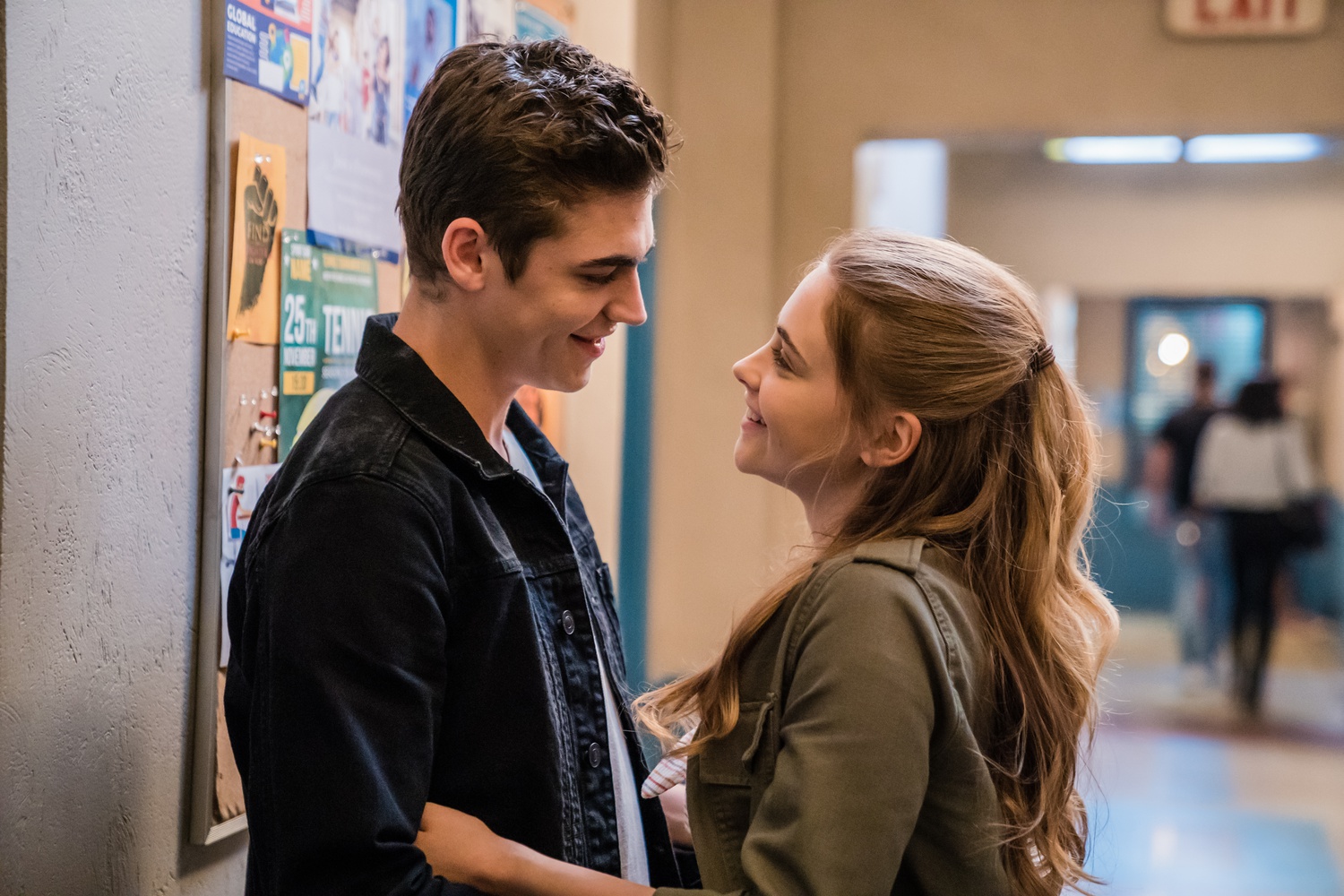 Hero Fiennes-Tiffin (left) stars as Hardin Scott and Josephine Langford (right) stars as Tessa Young in “After” (2019), directed by Jenny Gage. By Courtesy of Eduard Chugunov/Aviron Pictures
By Kathryn B. Klein, Contributing Writer

The problem with the movie “After” is so much deeper than its generic plot. On the surface, “After” seems like so many films before it, a guilty pleasure watch: objectively, critically worthless yet fun to watch, and overall, harmless. The film’s protagonist is Tessa Young (Josephine Langford), an innocent, rosy-cheeked college freshman, who dresses in pastels and lace to ensure that it is abundantly clear how stereotypically naive she is. The plot centers around Tessa’s discovery that there is so much more to life than the banality of her relationship with her bland boyfriend and the exhaustion of bearing the brunt of her mother’s expectations. Obviously her eyes are opened by a fiery relationship with Hardin Scott (Hero Fiennes-Tiffin), a stock character bad boy with a British accent and a host of tattoos. A sheltered goody two shoes meets a rebellious heart throb and falls for him instantly? Groundbreaking.

Now, one would be remiss not to absolve the actors of guilt here. Like many, they are doing the best they can with characters lacking in complexity and a plot that is almost nonexistent. The entire movie feels like it’s building up to a grand reveal, and when it comes, it is shockingly lackluster. It won’t be spoiled here, though, if it were, would it even matter? You will likely see it coming. If anything, the actors can only be faulted for reading this script and signing onto the project. All of this being said, it is their earnest, heartfelt performances that actually render this movie watchable.

The problem with “After” lies in its origins. It is based on a series of books by Anna Todd that were first published online as Harry Styles fanfiction — a genre often written by a fan of a particular movie or television series, in which the already existing characters are included in the author’s plot. It is essentially writing with only 50 percent of the work. One has to create plot, but the characters do not have to be thought up, described, or developed. It seems fairly harmless; who can be faulted for wanting to read a happy ending for a character that died tragically, for example? And yet, this subject becomes murkier when entering a realm in which fanfiction is written about actual, living human beings. While some take the argument that celebrities give a certain amount of themselves over to the public, this point, while understandable when it comes to paparazzi photos and public fan encounters, doesn’t quite hold water here.

People are not fictional characters. If one rewrites a character’s ending, or romantically fixes up characters that were not paired in the original work, the act is fairly victimless. The only risk they run is that they may anger other passionate fans that disagree with their creative direction. “Fifty Shades of Gray” famously began as “Twilight” fanfiction. However, fictionalizing real people is playing with live ammo. So when one writes a series of books, let alone one that is read over a billion times, enough to garner a book deal and a feature film adaptation, that is about a real human, it feels dangerously untrue.

In Anna Todd’s original stories, Harry Styles, whose name is changed to Hardin Scott in the formally, traditionally published versions, has been categorized by many as verbally abusive. Some have even argued that the actions of the character perpetuate rape culture, and feature a story which promotes toxic and damaging relationships. Many fans of the singer have urged others in their community not to support the film, arguing that it will cloud other’s perceptions of their beloved star. And while so many of their tweets may sound juvenile, they actually hit the nail on the head, which is more than can be said of the author herself. When asked about her story’s origins and the complexity of portraying a character who is widely known to be more than inspired by a genuine person, Todd said, “I love Harry Styles just as much as anyone, and I would never do anything that would hurt his feelings.” Todd sounds more immature than the actual teenage fans. Her admiration for Styles isn’t the point. The risk isn’t in “hurting his feelings.” The risk is that others will see a character clearly based on a real person and associate the negative, damaging actions of the character with him, despite the fact that they don’t even purport to be based on factual information.

While the New York Times made clear that free speech protects the depiction of real people as fictional characters, these legal distinctions were likely intended for those that write books based on personal experience, who are at least claiming to depict people that they have genuinely known or situations that could have happened. Fanfiction exists in a gray area because it quite literally concerns events that undisputedly never happened. In addition, fanfiction is a fairly new phenomenon that did predate libel laws which dictate what can and cannot be written. How do we legislate what can be written about real people, using their real names, creating any scenario they’d like? Someone could write a story describing Taylor Swift or Ariana Grande committing murder, for example. In fact, many of those works likely exist, pages and pages gathering dust in some dark corner of the world wide web.

So really, we should not focus on “After” because it is unoriginal, boring, and bland. We should focus on “After” because it highlights a clear oversight in modern society. Because the fact of the matter is, when “After” was released online, one chapter at a time, it did garner over a billion views and readers added six million comments along the way. All the while, Todd was allowed to describe Harry Styles’s appearence, and use his real name. So even if the character wasn’t problematic, even if she wrote him as a generous, kind soul who should be made into a saint, wouldn’t that still not be okay? Is it not a supreme violation of his personal autonomy? Films and books are allowed to be bad. After all, “bad” is completely subjective. But when did we decide that they were allowed to be wrong, admittedly and with zero accountability, with the names and faces of real people?