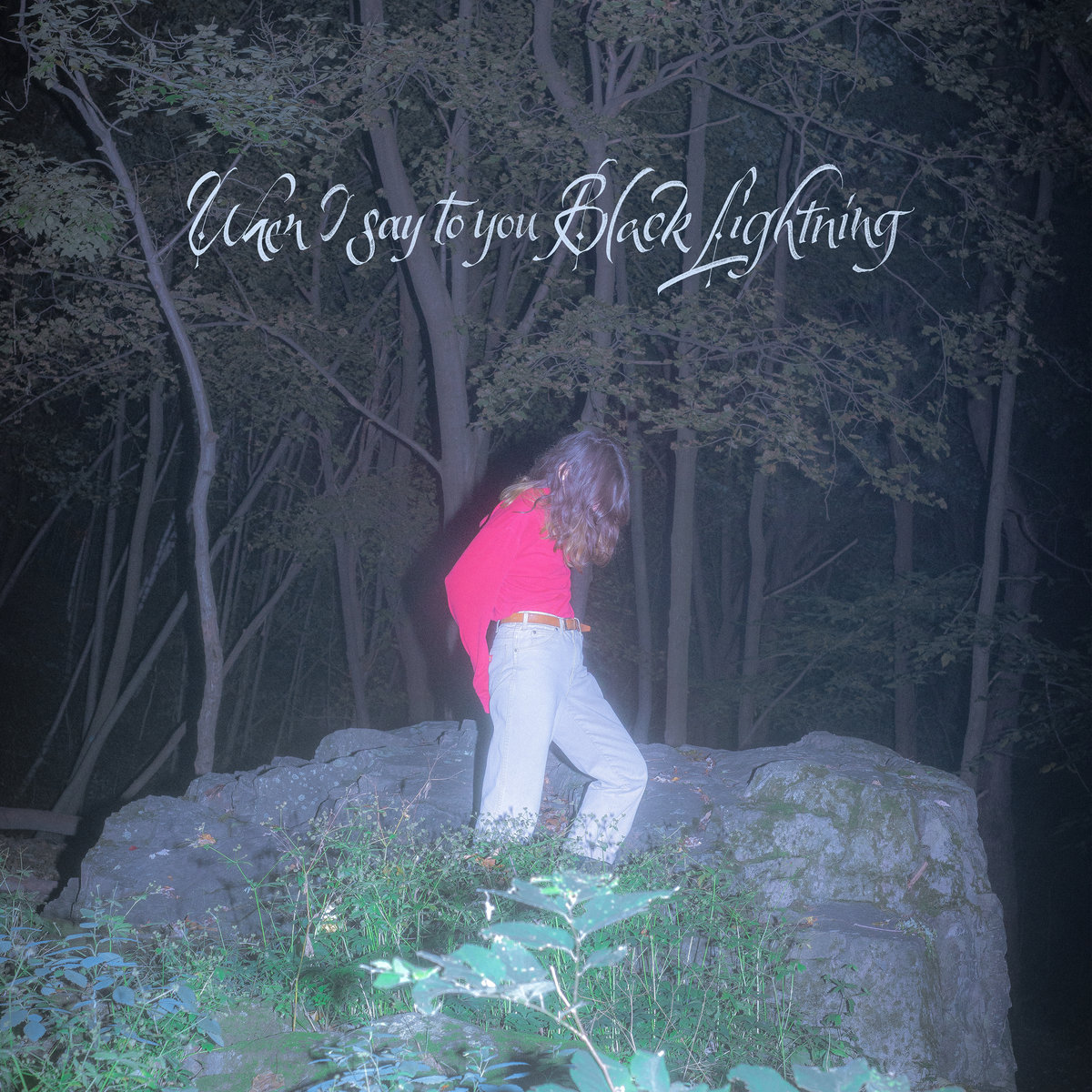 Album art for Common Holly's "When I say to you Black Lightning." By Courtesy of Common Holly
By Kez A. Douglas, Contributing Writer

Common Holly wants you to be sad. Her official Facebook page describes her work as being for people who like sad songs, and the tracks on her sophomore record, “When I say to you Black Lighting,” certainly follow the recipe for stirring depressing emotions. Her production is stripped back — most songs feature a single guitar, drums, and a violin — and her lyrics, such as “I think we’ve been measured out for pain since birth” from “Measured,” are sung in a delicate, longing voice. The components are all there, but unfortunately, Common Holly’s wispy, feminine voice crooning over a soft guitar isn’t quite enough to inspire the sadness that she — or her chosen persona – undoubtedly feels. Both the production and the lyrics contribute to what makes this album a good listen, but it spirals into repetitiveness the more you listen.

Like her previous record, “Playing House,” on “When I say to you Black Lightning,” Common Holly focuses on using minimal instrumentation and unrefined production. The record invites listeners into a recording studio session with Common Holly. It provides an intimate and comfortable feeling absent from music with more complex production. All of the songs on “When I say to you Black Lightning” feature a combination of a guitar, drums, flute, and violin. These instruments do the heavy lifting on the album and, as a result, the songs tend to lose their individuality and the album becomes sonically repetitive. Many of the songs on the nine-track record begin with Common Holly singing over a slow guitar, or a slow guitar and simple drum beat, before the tempo inevitably increases and more instruments are added to up the intensity. It would be a good formula if used sparingly, but it is the musical thread that holds this album together. The sadness that is trying to be evoked is overwhelmed by a monotonous motif.

All this is not to say that none of Common Holly’s songs are stirring, because they do have their moments. “Uuu,” “It’s not real,” and “Joshua Snakes” are the most compelling tracks on the record. On “Uuu,” as the single guitar plays, Common Holly sings, “build your fire and watch everyone burn is that gonna make you feel better” and when the instrumentation reaches a crescendo she sings, “The river runs cold but you run colder.” On “It’s not real” a chorus of voices — some Common Holly’s, others not — begin and end the song chanting, “It’s not real if I forget it,” giving the track a spiritual effect. On “Joshua Snakes,” Common Holly accuses some unknown person, or thing, of being a super villain. “You’re like a hot super villain at the top of your game / I tried collecting all the evidence to give you the blame,” Common Holly sings, making the song feel like an ode to a supervillain. The syncopated guitar and drum beats, interspersed with a sinister sounding flute, lend a chaotic, sensual feel. Then the song tops off with the introduction of a distorted and gnarly guitar riff that plays as Holly chants, “Can’t get enough, can’t get enough, can’t enough can’t enough, can you?”

Although these tracks are strong on their own, the overall record suffers from the vague and often simplistic style of its lyrics. In many of the songs, such as “Central Booking” and ”Little Down,” Common Holly addresses a vague “you” character. In “Central Booking” she repeats, “With a trashcan full of blood and hair / you need to get yourself out of there” and “I’m sorry New York broke you.” It is difficult to decipher who this “you” is; It could be Common Holly, someone in her life, the audience, or no one at all. But instead of the song riding on the intriguing mystery of this “you,” it creates an abstraction that is difficult to relate to, and more importantly, feel sad about. Common Holly’s lyrics are also often repetitive and simple such as on “You Dance,” where she repeats the phrases “Don’t be afraid,” “Don’t be panicked,” and “Don’t freak out.” Whether this is a reassuring message for herself or a call to arms to the audience it’s emotional impact is not as strong as it should be.