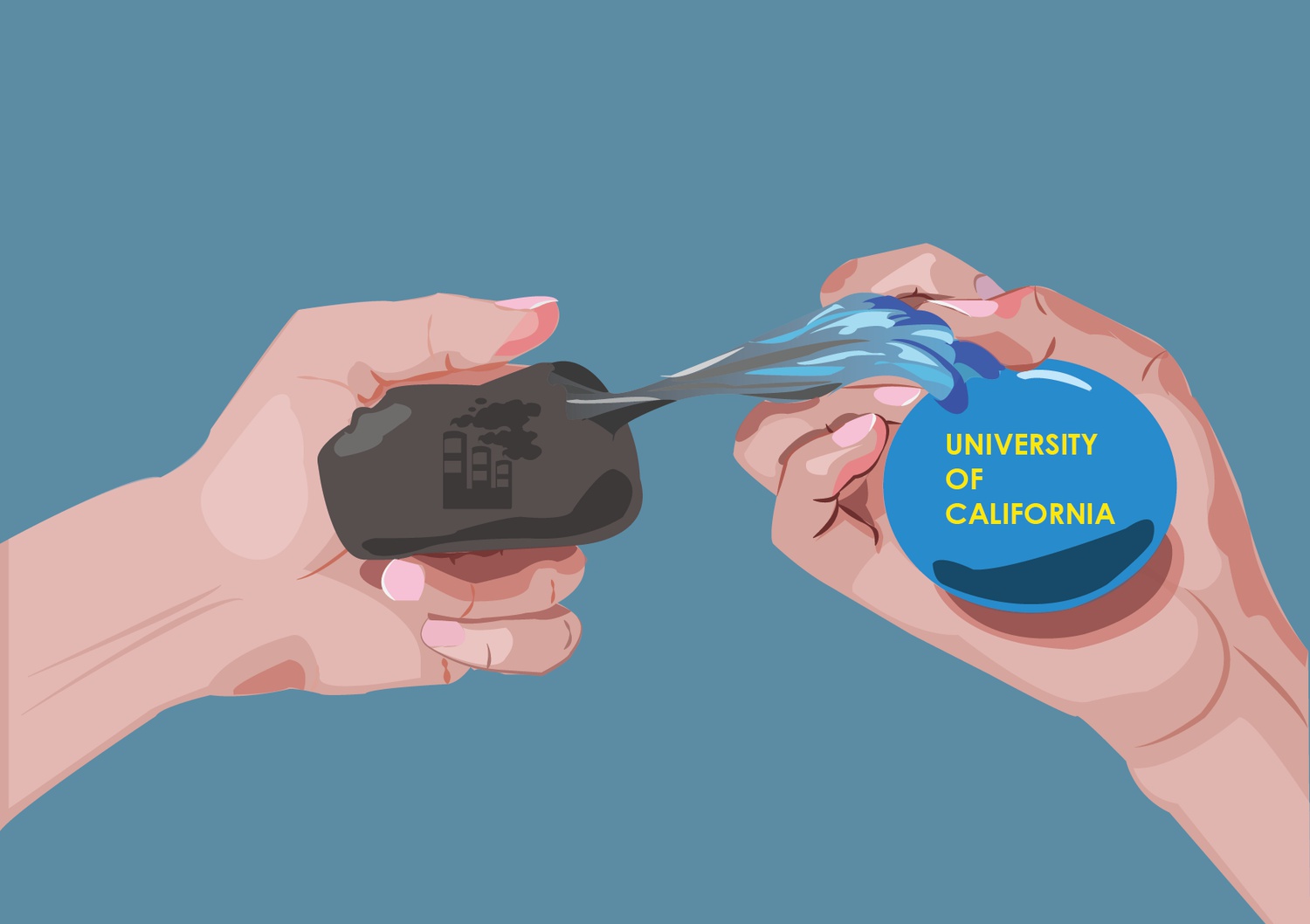 In 2012, students at Harvard and the University of California system formed Divest Harvard and Fossil Free UC, respectively, with the shared goal of pressuring their respective institutions to divest their endowment holdings from the fossil fuel industry.

Seven years later, current and former members of Fossil Free UC celebrated as the University of California announced it would divest its $13.4 billion endowment and $70 billion pension fund from fossil fuels.

At the same time, Harvard’s leadership has long maintained that it would be both undesirable and logistically challenging for the University to do the same. University President Lawrence S. Bacow has, over the course of his tenure, cited a variety of issues he has with demands for divestment.

Bacow has noted that divestment would be a complicated process because Harvard invests in the industry through indirect means.

“Do you not own an index, for example, which has holdings in the automobile industry? It's not a fossil fuel directly, but it's the source of consumption of a lot of fossil fuels. Do you not own a utility, which generates electricity through the consumption of fossil fuels?” Bacow said in a December 2018 interview. “I could go on, so I just think it's not an effective policy to bring about reductions in carbon emissions.”

As the UC system — which holds a mix of public and private assets — disentangles itself from the fossil fuel industry, some experts say it may offer a glimpse of what it would look like for Harvard to follow a similar path.

UC Chief Investment Officer Jagdeep Singh Bachher and the UC Board of Regents’ Investments Committee Chairman Richard Sherman wrote an op-ed in the Los Angeles Times announcing the university system’s decision to divest from fossil fuels by the end of September because such investments posed a “financial risk.”

It is not certain how exactly the UC system plans to divest its endowment. UCLA Finance Professor Ivo Welch wrote in an email that he believes it would not be possible for the school to divest its index funds — funds that track large swaths of the market — from fossil fuels.

“It would be impossible to divest from index funds, so presumably they are only about specific stock investments,” Welch said.

UC Berkeley Economics Professor and Fossil Fuel Free UC member Clair Brown, however, noted that institutions like the University of California with large portfolios can tailor their funds to exclude any investments in the fossil fuel industry over time with more flexibility than the average index fund stakeholder.

“When you have billions of dollars in your portfolio, you can actually find a way to tailor your assets so that you're not holding certain kinds of investments, so your holdings don't include fossil fuel companies,” Brown said.

Brown said this investment strategy is one other schools should replicate.

“If the UC Regents and their investment managers say fossil fuel investments are risky without an adequate return…every single university should be doing that,” she said.

Whether Harvard will ultimately divest remains to be seen, but some experts say the UC system’s divestment marks a change among large university endowment managers.

Maria B. Zhu, an assistant professor of economics at Syracuse University, wrote in an email that the University of California’s decision could be “a sign that the tides are shifting” on universities’ economic views of investing in fossil fuels.

“If it has a positive impact, I do believe more schools will eventually divest for financial reasons, given that most of them tend to think social implications of divesting are positive or neutral at worst,” Zhu wrote.

Harvard Management Company spokesperson Patrick S. McKiernan wrote in a statement that HMC does not comment on other institutions’ endowments, but does consider environmental factors in its financial investments.

“As a long-term investor, Harvard Management Company considers all environmental, social, and governance (ESG) factors that may impact the financial performance of our investments,” McKiernan wrote. “HMC strongly believes that considering all data—including relevant ESG factors—is not only in line with our fiduciary duty, but simply something that thoughtful investors do.”

While activists celebrate the UC divestment and continue to argue that Harvard should follow suit, some experts maintain that divestment may not be as effective as is purported.

Robert O. Mendelsohn ’73, a forest policy and economics professor at Yale University, wrote in an email that divestment would not result in any “meaningful change” toward combating climate change.

“As an economist, I would tell you that fossil fuel divestment even from a large endowment such as Harvard’s is largely just a symbolic gesture because this endowment is a tiny fraction of the world’s capital,” Mendelsohn wrote. “Divestment would greatly limit the ease of designing the best portfolio for Harvard without actually making the world a better place.”