Could De-Aging Technology Be Our Gateway to the Fountain of Youth? 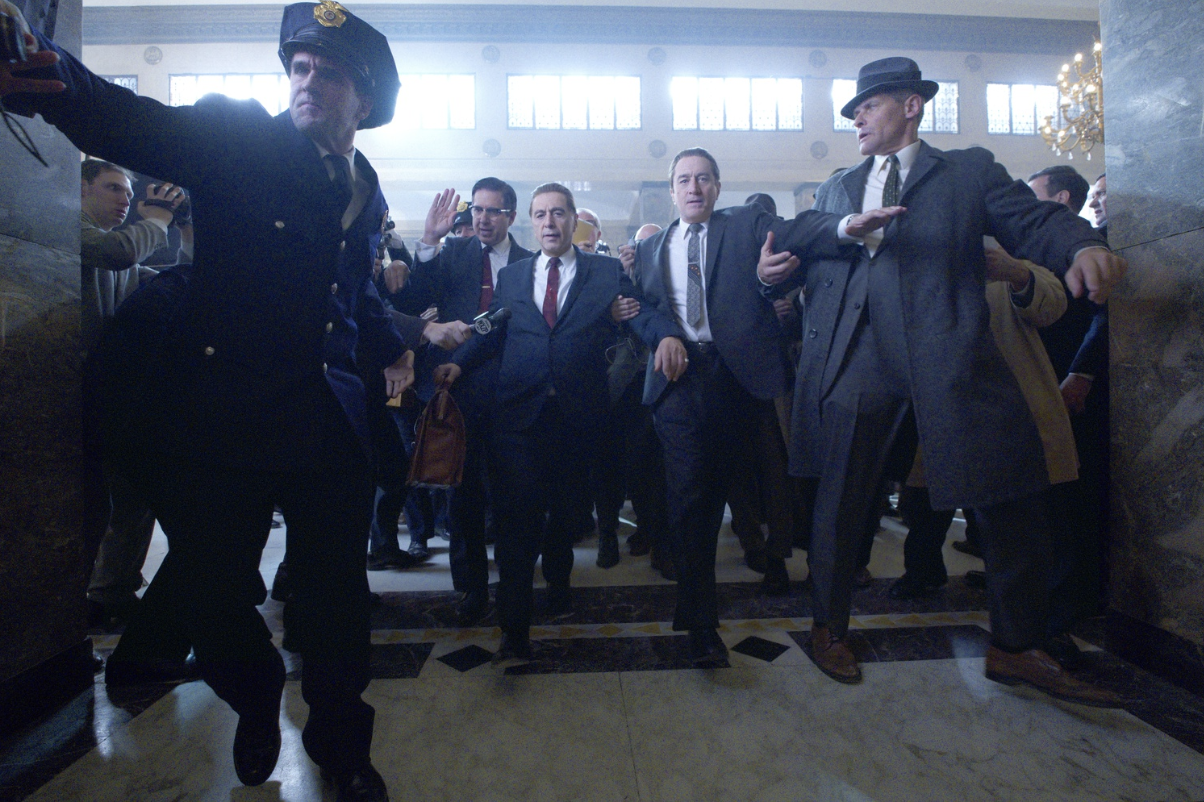 "The Irishman" uses de-aging technology — to what effect? By Courtesy of TriBeCa Productions and Netflix
By Chibuike K. Uwakwe, Contributing Writer

If you have watched “The Irishman” trailer, you may think that Robert De Niro and Al Pacino took a dip in the Fountain of Youth in order to portray younger versions of Frank Sheeran and Jimmy Hoffa. Quite the contrary: they were “de-aged” using a relatively new computer-generated imagery (CGI) technique. Although “de-aging” CGI technology has been around since 2006 and has since been used in films such as “Rogue One,” in which the likeness of a young Carrie Fisher is brought back in Ingvild Delia’s portrayal of Princess Leia, “de-aged” characters have never dominated the screen the way they do in “The Irishman." To some, the use of “de-aging” technology might seem demonstrably problematic, while others might view it as a valuable resource, opening up a new horizon of opportunities for film production.

On one hand, “de-aging” could extend the career lengths of actors who stopped receiving roles due to losing their youthful “look” with age. Actresses are particularly subject to prematurely truncated acting careers since the majority of their potential roles are offered before they turn 30. Of course, there are exceptions like Maggie Smith or Betty White; however, not all actresses get the chance to be consistently cast in TV and film even in old age. Although “de-aging” technology could combat the disproportionate treatment of actresses in casting, this approach calls into question whether it is accommodating the issue rather than addressing it. It is reasonable to argue that the standard for actresses should instead change. That is, the notion of aging women acting in leading roles should be normalized.

“De-aging” technology provokes an entirely new ethical parameter within the entertainment industry. For example, the deepfake technology that is involved in “de-aging” techniques could be problematic if someone’s likeness were used without their consent. In these instances, the use of digital “de-aging” should be examined with reference to digital media laws. Additionally, should digital entertainment producers be compelled to disclose when de-aging technology is used? With this in mind, this technology seems fairly similar to the use of photoshop on models in fashion magazines.

With “de-aging” and deepfake technology as a whole becoming more prominent in film, one could imagine that quality actors will become increasingly valuable, and conventional attractiveness will matter less and less. In spite of having heavy implications and nuanced ethical considerations, “de-aging” technology seems to be largely useful with potential to become omnipresent within the film industry.