From New York Film Festival: ‘The Irishman’ Is the Crime Film of the Decade 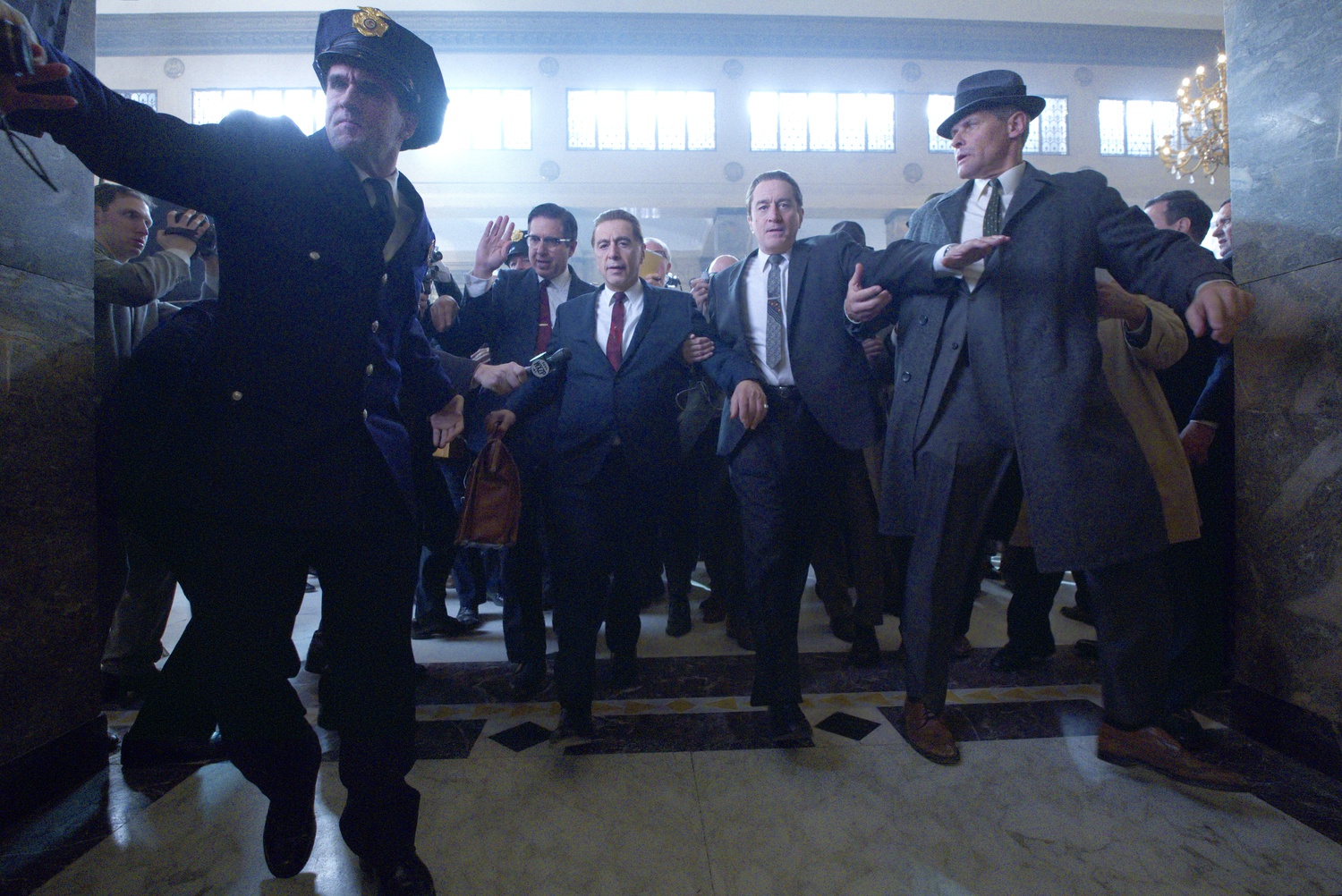 As visually stunning and character-driven as Scorsese’s best work, “The Irishman” is destined for an enduring legacy as not only one of the best films of 2019, but an indelible masterpiece amongst all crime cinema classics. As the opener for the New York Film Festival, the world premiere for “The Irishman” was met with a standing ovation and a curtain call for the legendary director, who introduced his latest film in person, along with longstanding collaborator Robert De Niro and actors Al Pacino and Joe Pesci on September 27.

“The Irishman” marks Scorsese’s return to mobster films, and on its surface, his latest film may seem like a thinly veiled excuse to simply recycle his most popular crime genre work, in a similar vein to "Casino.” With a hefty 209 minute runtime and a whopping $159 million budget, it’s not surprising that several major studios turned down Scorsese’s behemoth of a project, aside from Netflix. But if “The Irishman” will teach filmgoers and studios anything, it will be to never doubt Martin Scorsese.

While “The Irishman” delves into similar themes as Scorsese’s other crime films, it takes an undeniably more personal and mature approach, created with the care of a craftsman looking not to simply reminisce, but to build on his earlier works — this time, with the weight of experience. At the film's core is a compelling story about loyalty, family, a tragic hero, and a rumination on what it means to have a legacy.

The film follows Frank Sheeran (Robert De Niro) in his rise up the ranks of the criminal underworld, his friendship with famed labor union leader Jimmy Hoffa (Al Pacino), and his faltering relationship with his children. It stretches across numerous decades, often bounding backwards and forwards years at a time — a feat made possible with new de-aging technology. Clearly, Netflix’s $159 million was put to good use, as the characters look different enough from year to year, but unmistakably recognizable all the same.

The central friendship between Hoffa and Sheeran drives most of the film’s compelling narrative. It may seem difficult to empathize characters who essentially steal, plunder, and murder for a living, but Scorsese has never had a problem humanizing his mobster characters with deep-rooted universal desires. Hoffa is driven by pride, which in turn fuels his desire to build a legacy. Sheeran is locked in a mental struggle between whether to honor a new friendship or "show appreciation" to the mobsters who helped mold him.

Both characters are played spectacularly — and perhaps surprisingly — by veterans Pacino (“The Godfather” and “Scarface”) and De Niro (“Taxi Driver” and “The Godfather: Part II”). It’s easily both of their most respectable characters in decades, as De Niro has taken up questionable roles in infamous movies of late, including the cartoon shark gangster parody “Shark Tale,” and “Dirty Grandpa.” Pacino has arguably fared worse, with his filmography including the nightmare-inducing “Jack and Jill.” But in “The Irishman," the Al Pacino that graces the screen isn’t the one who picked up a paycheck from an Adam Sandler "comedy"; he walks a careful line between affable charisma with impetuous emotional outbreaks, managing audience expectations of his fate (Hoffa famously disappeared in 1975) while staying relatable. De Niro plays a conflicted man lost for place (at home, at work, and with his friendships), and in a heartbreaking sequence, tries to keep his emotions in check in what is supposed to be an emotionless business.

It’s worth noting that the film’s denouement has potential to lose steam with general audiences. It feels anticlimactic after the gloriously bloody mobster violence of the first two hours 45 minutes, but it’s also important to see that this was the direction Scorsese seemed to have set up from the beginning, and he takes his time tying up loose character threads. The film's concluding sequence reminds one of “Raging Bull” — where the Bronx Bull has lost his propensity as a fighter, retiring from professional boxing, but the film continues to follow his downfall long afterwards. It’s a tribute to what it means to have a legacy and, in hindsight, makes the choices that characters make throughout the film much more poignant.

Martin Scorsese is arguably the greatest filmmaker of all time. Perhaps Spielberg has made the most beloved blockbusters (such as "Jaws" and "Raiders of the Lost Ark"). Perhaps Coppola has made the most iconic series with "The Godfather.” Perhaps relative newcomers like Tarantino or Nolan have potential. But “The Irishman” cements Scorsese’s greatest strength as a director: his tenacity. Scorsese has now made films for over 50 years, from classics like “Taxi Driver” in 1976 and “Raging Bull” in 1980, to “Goodfellas” in 1990. The fact that “The Irishman” can more than hold its own against the director’s earlier, universally acclaimed classics from a bygone era of cinema is a testament to Scorsese’s ability to continuously adapt as a director — even when he’s already at the top of his game.