From Leipzig To Boston: Anna Luisa Volkwein and Ole Heiland On Making Music Across Continents 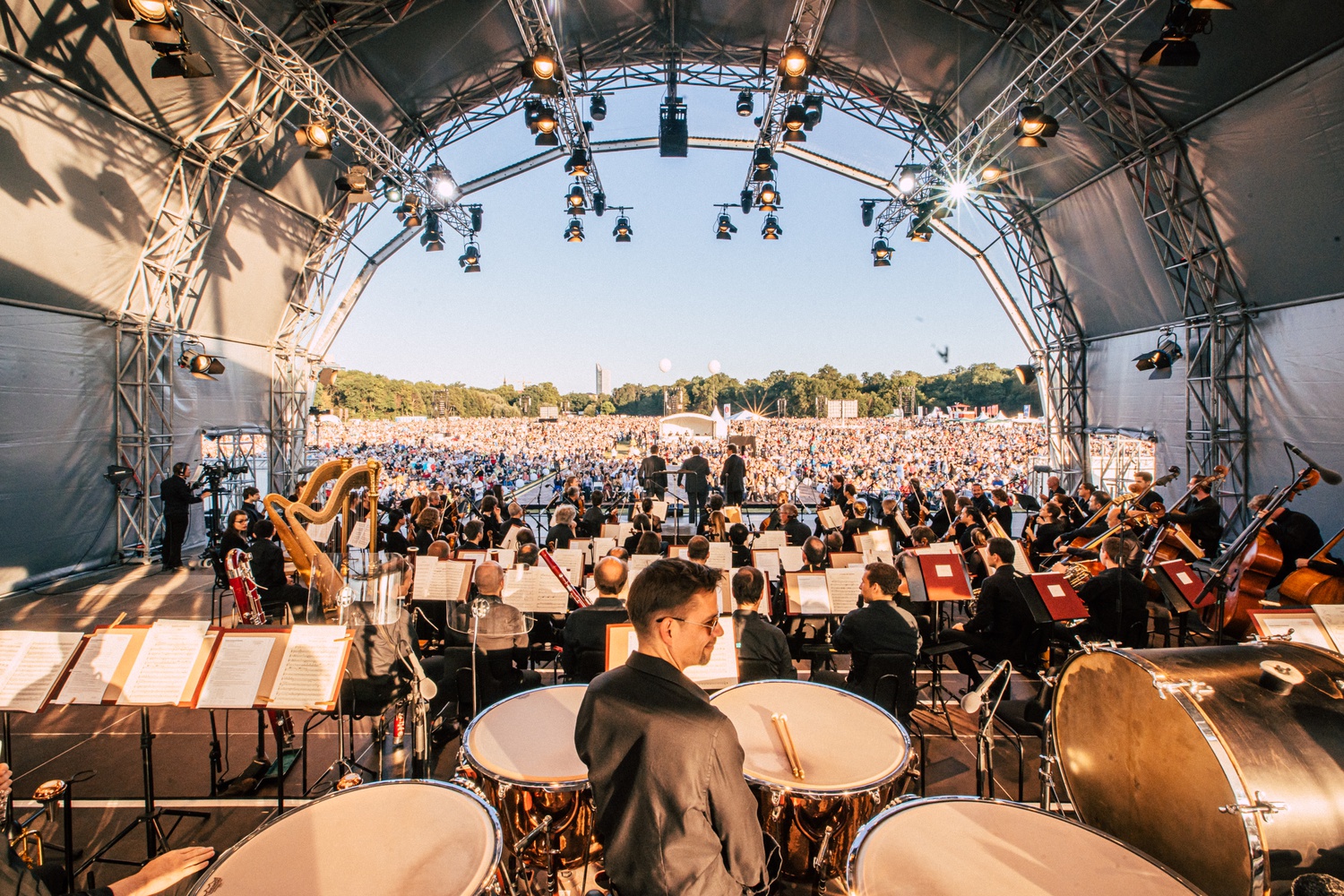 Violinist Anna Luisa Volkwein and tubist Ole Heiland, both students at the Felix Mendelssohn Bartholdy University of Music and Theatre in Leipzig, travelled to Boston this week to participate in the third annual Leipzig Week in Boston. Throughout the week, musicians from both the Boston Symphony Orchestra (BSO) and Leipzig’s Gewandhaus Orchestra (GHO) collaborated to produce a series of joint concerts and educational programs. Volkwein and Heiland, who were also both summer fellows at the Tanglewood Music Center, spoke with The Harvard Crimson about their experiences studying with two world-class orchestras and performing in the United States as German musicians.

The Harvard Crimson: Could you talk a bit about your backgrounds and careers as musicians so far?

Anna Luisa Volkwein: I started playing the violin when I was five years old. My parents are not musicians — they are hobby musicians — and I have older siblings who also played some instruments. I just wanted to play the violin, and I started to play in the youth orchestra when I was around 13, 14. That’s actually when I started to think about being a professional, or becoming a professional musician. And I went to university after graduation.

Ole Heiland: For me it’s actually quite similar. I picked up the tuba because I was a bit jealous [of] my brother because he played double bass — I wanted to play a big instrument too. I was five as well, but I didn’t start with tuba because it’s just too big for a five year old. I started with tenor horn, one of those Bavarian brass band traditional instruments.

THC: Ole, I read that you are also a jazz performer. Is that unusual in Europe?

OH: It’s a bit separate, yeah. I think most of the brass players do at some point [play] a bit of jazz. Often when you play the classical stuff, you’ll also happen to play some jazzy quintet — you start to play it, and [then] listen to it. A lot of players like to do it a bit. But, I don’t know, I didn’t try to get into jazz. It was just, like, happening, and it was like “Oh, it’s really nice and I really like it,” so I did it — since I was around fourteen or fifteen. It’s kind of strange because it is a bit separate in the education. For example, it’s kind of hard to find people in Leipzig to play with when you’re in school because the jazz faculty and the classical faculty [are] not one musical thing — which is bad, I think.

THC: You’ve both had a lot of experience playing with the GHO alone. What is it like playing in this mixed group with the BSO?

OH: It was really loud yesterday — we played a really, really loud piece! It was just one rehearsal, [but] the sounds are different, the group is playing different, and you feel that for sure. I think it just needs a few more rehearsals to get the same feeling. But it was just too short to really know — just ten minutes!

ALV: I heard from colleagues. They told me it’s really interesting, and everyone gave like 120 percent because everyone was really excited. It’s a really special thing for them.

OH: That’s true, because you don’t know the people next to you!

ALV: For me, I didn’t see such a big difference. Music is an international language, and we understand each other through the music. Maybe just the way of rehearsing was a bit different, but the way the strings were playing is quite similar to what I experience in Europe.

OH: There are some different sound thoughts, but that’s also in Germany or in Europe pretty different — just like a dialect, but the language is still the same.

THC: Is there anything unusual or striking about American audiences or concert etiquette?

ALV: They are more excited! In Germany, I often experience that they are really just clapping and not standing up or giving standing ovations — it’s not happening so often.

OH: But it depends on the city a bit.

ALV: Yeah, it depends on the city, on the audience, on the age of the audience. But that’s what I experience in America — they are really excited.

OH: I liked [playing] in Tanglewood — on the lawn, outside the shed — I don’t know any similar way to hear a concert [in Germany]. There are some open air concerts, but not an [indoor] concert which is also open air. Just to be there, and you can listen, you can picnic — that was cool.

ALV: I also wanted to say that the BSO — the way they welcomed us, it was so nice.

ALV: We had a really nice reception yesterday...