‘The Report’: A Masterclass in Writing a Thriller 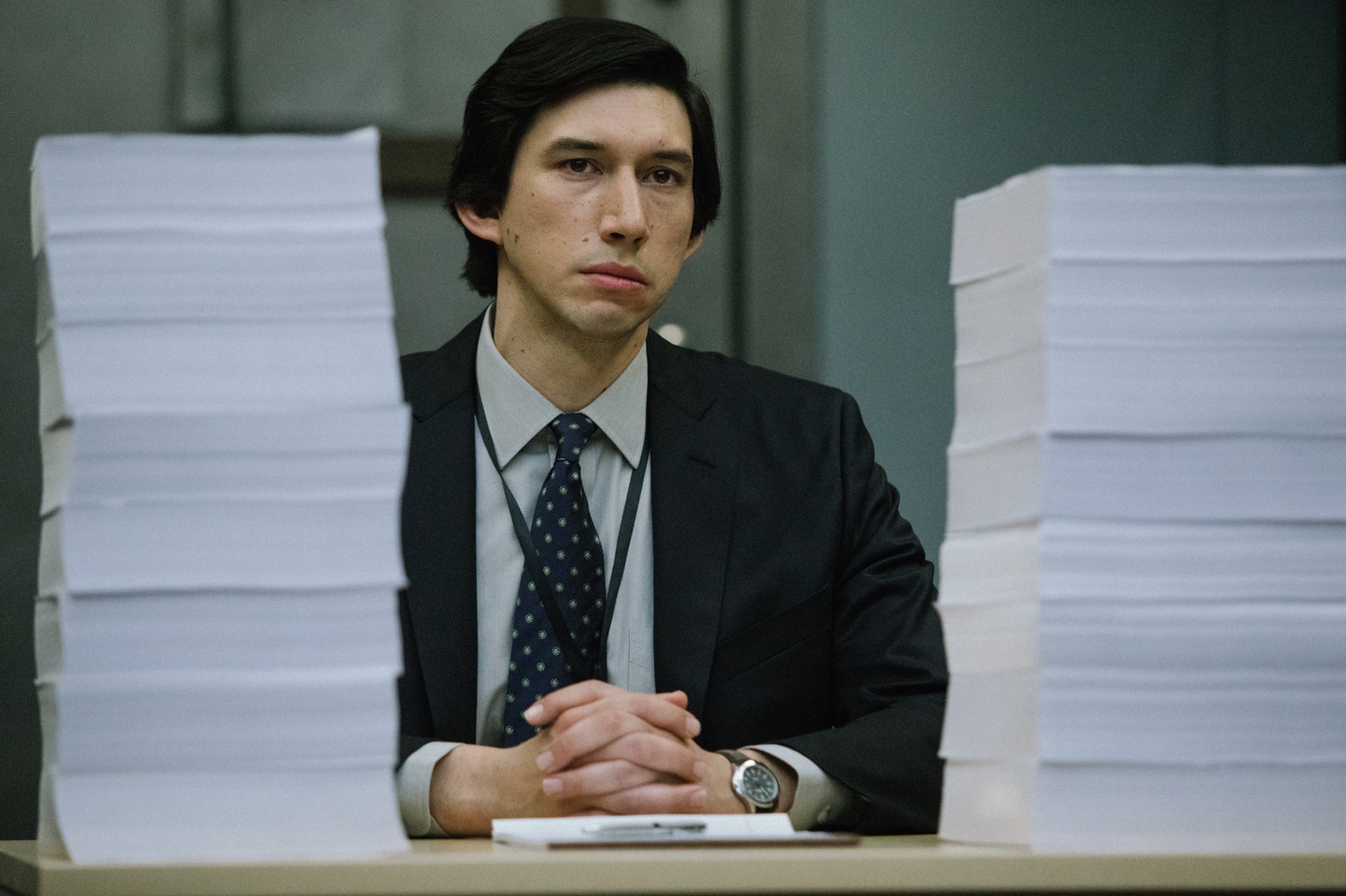 Pristinely paced and unflinchingly political, "The Report" is a well-polished exposé on the inhumane Enhanced Interrogation Techniques deployed as counterterrorism measures in the wake of 9/11. Storied screenwriter Scott Burns (known for “The Bourne Ultimatum” and his frequent collaboration with director Steven Soderbergh) was in attendance at the Brattle Theatre on Friday, Nov. 8 to unveil his directorial debut.

"The Report" focuses on the Senate investigation, led by Senator Dianne Feinstein (Annette Bening) and Daniel Jones (Adam Driver), into the CIA's use of EITs in the War on Terror, both evaluating their success and weighing in on the moral repercussions of such reprehensible practices. At its core is a story about accountability and ethics, with a timely message that truth matters in today's political climate of "fake news."

“The Report” is thematically more consistent with Adam McKay’s “The Big Short” and “Vice” — films with a penchant for uncovering the truth in ways that invigorate a response from the audience, usually incredulity or disbelief. However, Burns couldn’t made a more diametrically opposed stylistic film. Where McKay uses comedic timing, fast edits, and breaking the fourth wall, Burns uses careful dialogue and a slower pace to concoct a political thriller more closely matching George Clooney’s “The Ides of March” or even Alan Pakula’s “All The President’s Men” in terms of pace and tone.

Burns' well-informed script peels back key revelations with an urgency that succeeds in stimulating audience interaction with the subject matter. "The Report" is told from Jones' perspective so as he peels back layers of the investigation, the audience does too. It's a key narrative framing technique that puts all viewers — even those without the faintest political background — on the same page in following a deeply technical story.

For such a taut political thriller, "The Report" surprisingly tackles its sensitive subject matter head on with an unflinching look at the EITs through undoctored scenes of waterboarding and physical abuse. These scenes are few and far between but are nonetheless harrowing and disturbing. While they can seem out of place in a dialogue-heavy film, these scenes shake the film with an otherwise inconsistent intensity and are essential in taking the audience from disbelief to disgust. Burns banks on the expectation that when the audience is invested in the subject matter, they will also be invested in the story, and in "The Report," that expectation is met.

However, Burns focuses so much on telling the story truthfully that he neglects to develop his static characters. Jones ends the movie at the same place where he started, and that's in no part due to Driver's committed performance. At times, it feels as if Burns was presented with a choice between thematic and narrative payoffs, and that he prioritized the thematic. This is often disappointing, because there are fragments that could have felt much more cohesive with integrated character development; for instance, when Jones is placed under imminent personal risk from the investigation, it's difficult to care about his character's fate beyond empathizing with his extensive efforts in the investigation.

For an Amazon Studios production that will make its way directly to Amazon Prime Video, “The Report” looks more like a television show than a theatrical experience: There's nothing spectacular cinematography-wise aside from some striking symmetrical long shots. There’s even a small, but noticeable (and sometimes distracting) amount of handheld camera shots that appeal to the small-screen approach but detract from the film's glossy finishing. At times, it's evident that "The Report" is Burns' first directorial effort; some of the scenes (which are mostly conversations) are blocked so simplistically one might expect such a layout from a theater play. Furthermore, the camera is extremely static, turning the audience into passive, rather than active, observers. Ultimately, these disappointing choices leave "The Report" feeling tedious and repetitive in short spurts — even when its script so adamantly isn't.

"The Report" succeeds as an informative and stimulating docudrama, but often loses itself as a compelling narrative with fleshed out characters. It marks a promising debut from Burns, but what stands out about his first directorial effort is still what he does best — writing. “The Report” will begin its limited theatrical run on Nov. 15 before being released on Amazon Prime Video later this month.
—Staff writer Lanz Aaron G. Tan can be reached at lanzaaron.tan@thecrimson.com and on Twitter @LanzAaronGTan1.