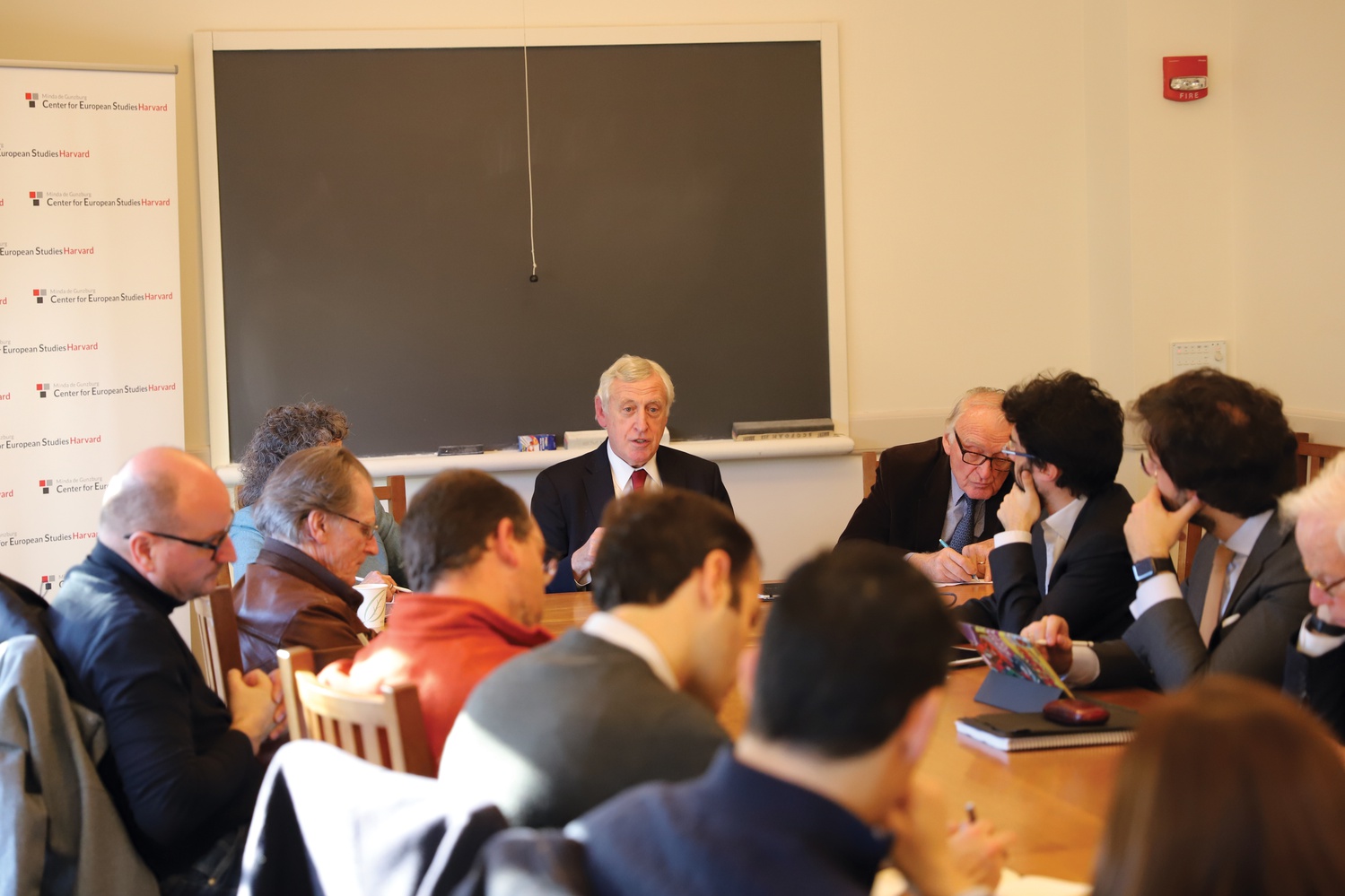 Former French Ambassador to the United States Pierre N. Vimont discussed the future of European foreign policy with diplomats and Harvard affiliates in a conversation hosted by Harvard’s Center for European Studies Friday.

Though he no longer works as an ambassador, Vimont holds the uncommon honorific title of “Ambassador of France” because of his lifelong service as a diplomat.

Moderators Boston University professor Vivien A. Schmidt and Belfer Center for Science and International Affairs senior associate Karl Kaiser introduced Vimont, who spoke on topics ranging from the changing role of China in Europe to the uncertain future of Brexit.

Regarding the United Kingdom’s vote to leave the European Union, Vimont said many Europeans oppose a solution that leaves Britain a seat at the table as a nonmember of the EU, as it would set a bad precedent for other nations. He said he hopes Europeans find a creative way to address this concern.

“I personally think that we should start thinking out of the box maybe to find something interesting because, after all, Britain will be a former member — we’ve never had that — and therefore why not try to invent and be creative?” he said.

Vimont also discussed China, claiming that the nation has begun to cooperate more with the European Union. Vimot, however, admitted he was cautious about assuming diplomatic relations are improving, adding that Europeans must simply wait and see.

Ultimately, Vimont said European nations could overcome many hurdles by finding a way to cooperate among themselves.

“The main takeaway is that European foreign policy is a sort of work in progress: There’s still a lot more to be done,” Vimont said in an interview following the event. “One of the main difficulties at the moment is getting the member states to accept and to buy into this idea of having a common foreign policy.”

“This is where we need to get more commitment and a greater sense of ownership on behalf of all those member states with regard to the foreign policy that they are trying to build,” he added.

Adrien Abecassis, a French diplomat who attended the event, said this idea was his main takeaway from Vimont’s talk.

“What he’s traced very wisely was the need for Europeans to have a deeper talk between themselves on what they want to do in the world — what kind of power they want to be,” Abecassis said. “Then the discussion on the tools, the structure, and the means will follow, but not the other way around.”