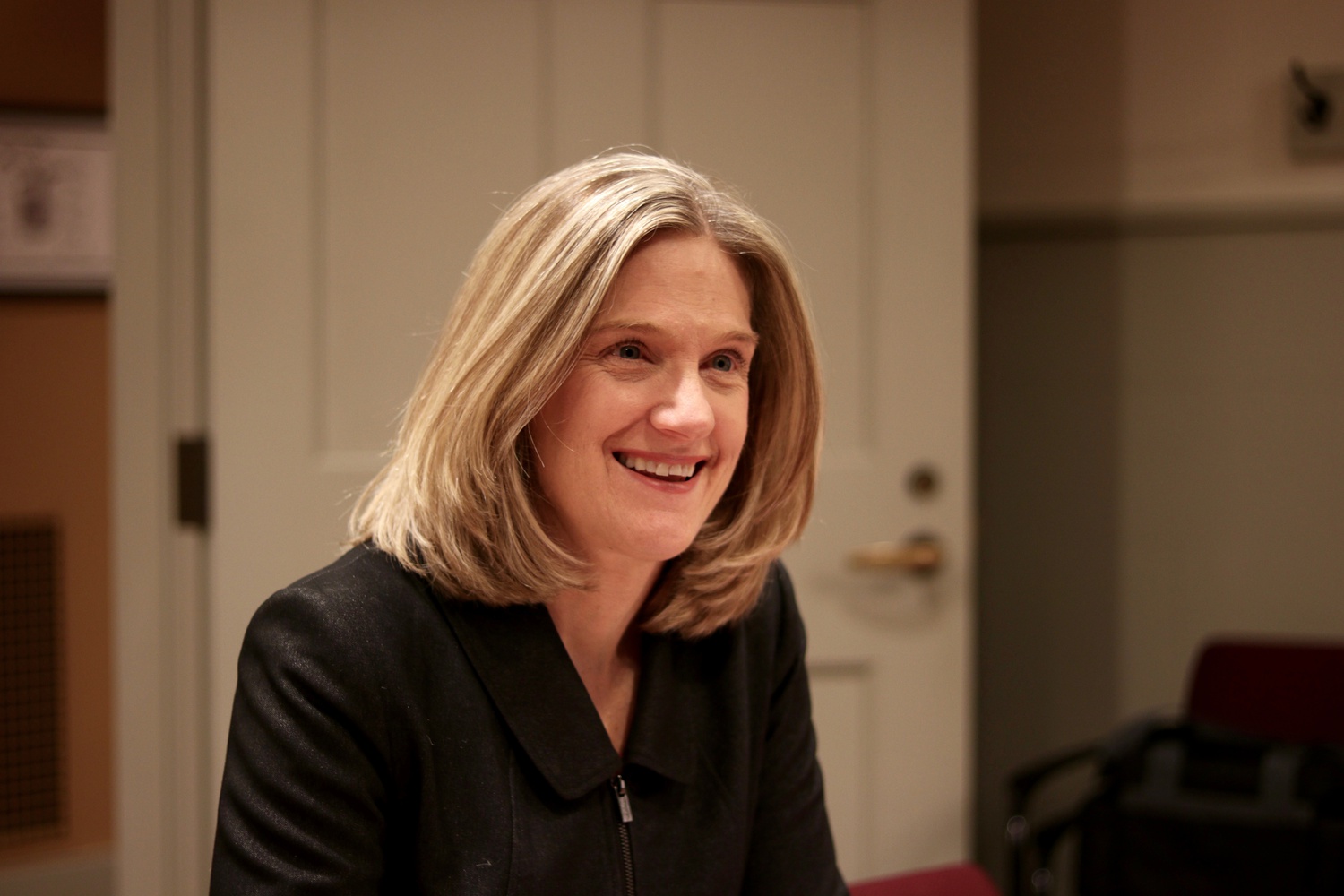 Dean of Students Katherine G. O'Dair, pictured here in 2017, is overseeing the search for an associate dean of students for inclusion and belonging. By Amy Y. Li
By Sanjana L. Narayanan and Samuel W. Zwickel, Crimson Staff Writers

After a more than year-long vacancy, the search for an associate dean of students for inclusion and belonging is in its “final stages,” Dean of Students Katherine G. O’Dair said in an interview Tuesday.

College administrators have been looking to fill this position since the former Dean for Diversity and Inclusion Roland S. Davis stepped down in September 2018 after a year-long tenure. The Dean of Students Office — which is overseeing the search, according to Dean of the College Rakesh Khurana — will likely interview finalists on campus before the end of the semester.

“We hope to bring candidates to campus in early December and hopefully be able to conclude that for someone to start as soon as possible,” O’Dair said.

In February, O’Dair and Khurana announced in an email that the College’s Office of Equity, Diversity, and Inclusion — which Davis oversaw — and the Harvard Foundation for Intercultural and Race Relations would merge to form a single office under the auspices of the DSO. O’Dair also informed College affiliates in an email that Khurana would establish a working group of students, faculty, and staff to provide input on the dean search and review the new office’s mission.

The associate dean of students for inclusion and belonging will oversee the new office. O’Dair said the DSO is looking for a candidate who has “a new way of thinking” about student support.

“We are looking for someone who has a vision for what a, kind of, revitalized equity diversity inclusion area, someone who deeply understands intersectionality, intra- and intercultural competencies, and learning around multiple identities,” O’Dair said.

Harvard has retained executive search firm Spelman Johnson to assist with the search, according to an online job posting, which notes an application deadline of Oct. 25, 2019 — more than one year after Davis left his position. Ten years of experience in a “complex” organization, knowledge of the “functions and purpose of diversity and inclusion efforts,” and “keen political acumen” are among expected qualifications for the position, as is a master’s degree or doctorate, according to the posting.

O’Dair declined to say whether the College is considering external candidates or current Harvard administrators as finalists for the position.

In addition to the Harvard Foundation, the new associate dean will oversee the four other divisions of the EDI Office — the Office of BGLTQ Student Life, the Office of Diversity Education and Support, the College’s Title IX Office, and the Women’s Center. The Title IX Office has started reporting directly to O’Dair following Davis’s departure, while Associate Dean of Student Engagement Alexander R. Miller has overseen the other three divisions.

The EDI Office supervises a number of on-campus initiatives involving peer education and support for women, BGLTQ students, and students of color. The Office of Diversity Education and Support oversees Diversity Peer Educators — a group of student facilitators who conduct outreach and host events on behalf of the EDI Office.