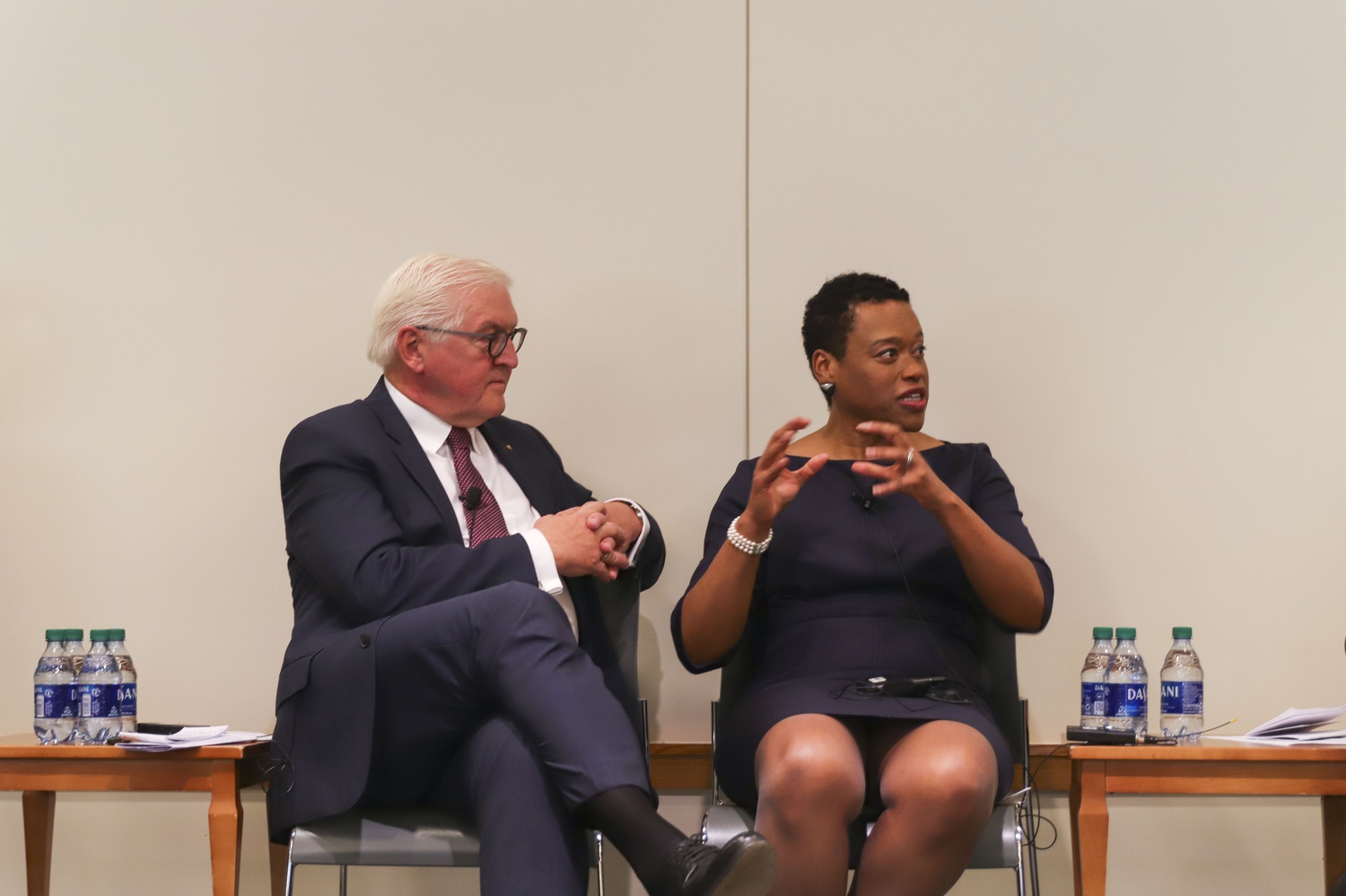 Hosted by Harvard’s Berkman Klein Center for Internet and Society, the event — entitled “Ethics of Digital Transformation” — also featured professors studying in a variety of disciplines from both American and German universities.

Steinmeier, speaking in German, kicked off the panel discussion by pointing out the prevalence of technology in today’s society.

“The question that stands in the foreground is not ‘Do we need this technology?’” Steinmeier said. “No one denies the great chances and the great opportunities that we have in the fight against poverty, the handling of climate issues, the fight against sickness.”

From Steinmeier’s points about societal change and the future of democracy in relation to technology, the panelists discussed the benefits of using technology to fight global problems — including climate change — as well as the negative consequences.

Matthew Liao, a panelist and director for the Center of Bioethics at New York University, spoke to concerns about the use of technology in medicine. He said the integration of technology into healthcare could reduce administrative costs, facilitate drug discovery, and aid with the vision of precision medicine.

Liao highlighted “exciting developments” in this field, but also talked about data collection and privacy in medicine.

“One of the biggest challenges with machine learning is that it requires a lot of data,” Liao said. “What that means is that someone has to go out there and collect all of this data, and then you get into issues about privacy — especially in healthcare. It’s personal data that we’re talking about.”

Law School professor Crystal S. Yang discussed the use of artificial intelligence in the United States criminal justice system. She said there is a dramatic increase in the use of algorithms to determine a person’s future criminality. They are currently used by police departments across the U.S., according to Yang.

With concerns regarding the use of artificial intelligence in place of human decision-making, Yang said there are often flaws in human reasoning as well.

“While there is acknowledgement that the algorithms are often imperfect, I think it is also important to consider the relevant counterfactual,” Yang said. “There’s lots of evidence that human decision makers have a big role to play in perpetuating inequalities through bias and inconsistency.”

In the context of the debate about digital media ethics, Steinmeier said the discussion occurs almost exclusively — but separately — in scientific and philosophical circles.

“From my point of view, we have the two communities: the tech community on one side and the rather social-scientific, philosophical community on the other side,” Steinmeier said. “We have, from my impression, a disconnect between the two sides.”

The panelists also agreed that the discussion surrounding the ethics of technological developments is one requiring the involvement of experts from across fields of study.

Melissa Nobles, dean of the school of humanities, arts, and social sciences at MIT, said there is a need for conversations across disciplines.

“We recognize there has to be a bridge between technology and the social sciences,” Nobles said. “They are not going to be easy conversations to have. As much as we try to be collaborative, we’ve really had to work.”