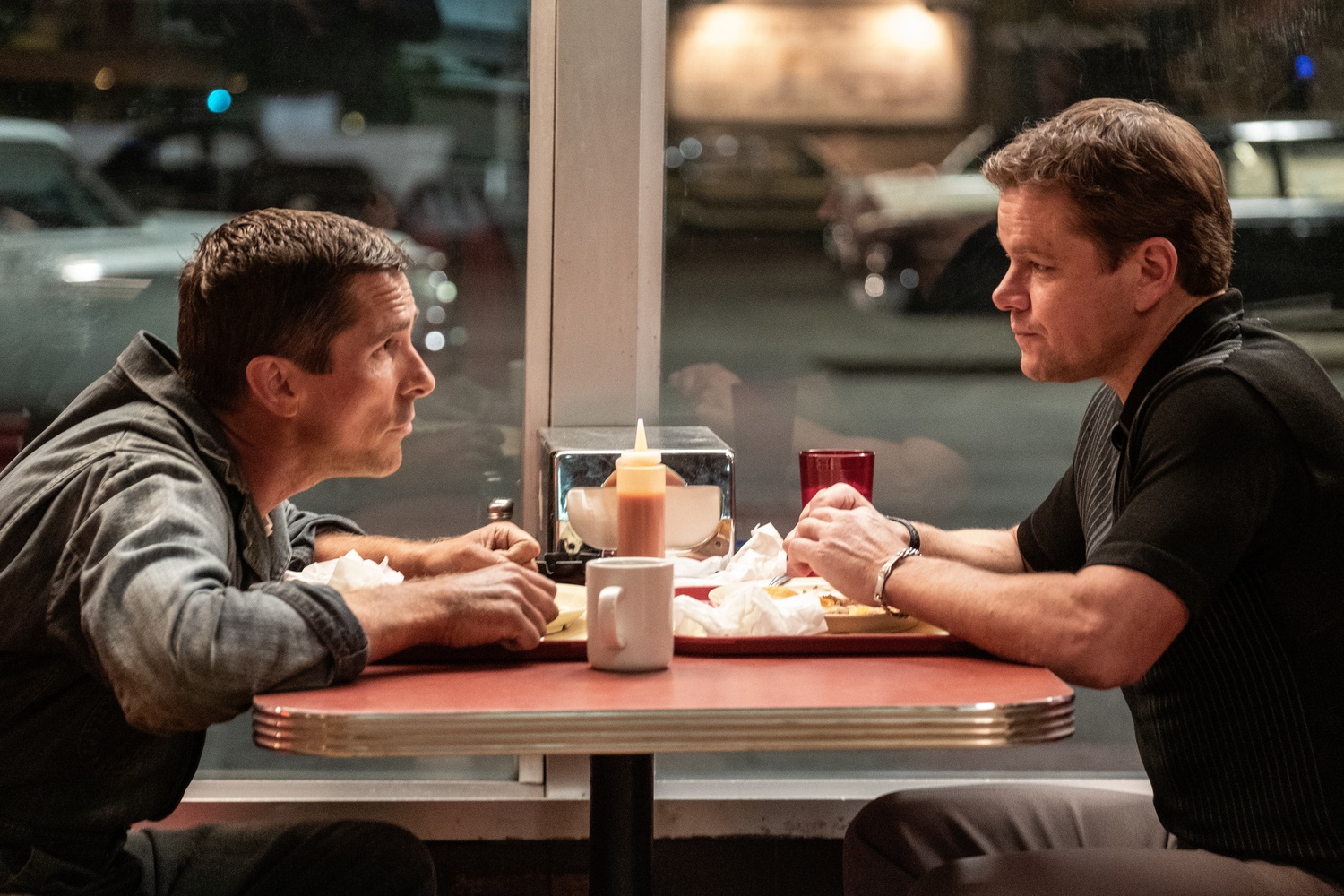 Like the film’s namesake supercars, director James Mangold’s “Ford v Ferrari” is a monumental technical achievement — a sleek, well-oiled machine of a film that races through its well-paced action. Mangold is perhaps best known in recent years for writing and directing “Logan,” which transcended the superhero genre as a gritty Western that embraced the gore of its R-rated action sequences but also wasn’t afraid to explore its identity as an elegy for aging, sickness, and acceptance. One shouldn’t expect that tone from “Ford v. Ferrari”: it’s a fundamentally different film that’s as industrial as Ford’s factories, but at the same time, it’s hard not to be charmed by the gripping action sequences, strong performances from Christian Bale and Matt Damon, and a riveting (if contrived) central theme of ambition.

Despite what its title suggests, "Ford v Ferrari" isn't a movie about two warring multi-billion dollar car companies; it's about two individuals intensely passionate about racing, and how they balance their friendship and determination to fulfill their singular ambition. The narrative follows hot-head British driver Ken Miles (Bale) and former racing champion Carroll Shelby (Damon), who's forced to retire from racing due to health concerns. When Ford decides it needs to take on industry giant Ferrari at the 24 Hours of Le Mans race to add some much-needed prestige to their faltering brand name, company executives enlist the help of Shelby and Miles to attain what corporate funds can’t buy — a roaring heart to match Ferrari's herculean engines.

Bale is predictably scene-stealing as the wise-cracking, sarcastic Miles, and Damon is a fitting counterpart as the strong-willed Shelby, but their character arcs don't always feel natural, and their chemistry seems more reliant on the actors' skills rather than on the lackluster script. “Ford v Ferrari” also stumbles into uneven pacing in the film’s first act, especially with Miles’ family scenes, which distract from an otherwise well focused plot with forgettable characters and trite interactions.

"Ford v Ferrari" really takes off as a cinematic experience with its action scenes; when the audience is behind the wheel with Miles, the film launches into a propulsive, nonstop stratosphere of blissful entertainment. It’s difficult to capture the notion of relative speed on film, but cinematographer Phedon Papamichael, who collaborated with Mangold on “Walk the Line,” imbues the racing scenes with a trademark dynamic energy. He grounds the camera with low-angle shots close to the road with a combination of zooms, tracking shots, and point of view shots that vitalize the cars' unbridled power on the track. Even subtle choices, like panning in both directions (right-to-left and left-to-right) instead of just one prevents the race sequences from feeling repetitive. Moreover, the smooth edits peppering sequences with the occasional wide shot lends a sense of grandeur and perspective.

The sound design of the film is also notably meticulous; it takes in the sounds of the racetrack from the engine, to the spectators, to sound effects, and dialogue, and is somehow able to distill all of it to focus on what’s important in the right moments of the story. Through all this cacophony, Mangold finds a way to track a riveting score on top of it with strong rhythmic music from Marco Beltrami (“Logan” and “A Quiet Place”) that sustains the film’s expeditious pace.

While the script neglects to fully develop its characters, it at least handles the exposition of the racing scenes with care, because how can audiences follow an action sequence if they can’t understand it? The script integrates information at a pace that keeps viewers from feeling overwhelmed, but by the end, makes them feel at home in this highly specialized sports world.

In a year where millions of unfortunate audiences flocked to see the monstrosity that was “Hobbs and Shaw” (another car-based action film), “Ford v Ferrari” can afford to be refreshing without being groundbreaking. Mangold gifts audiences with a sublimely immersive, high-octane action film that sits comfortably near the top the year’s very best. "Ford v Ferrari" finds its soul through the unwavering dedication of the men who risked their lives and livelihoods every day for what they loved. That passion is contagious, and part of the reason why the action sequences are so enjoyable. On a technical standpoint, “Ford v Ferrari” is streamlined to perfection with incredible editing and camera work; it’s a lot of flash with not as much substance, but if the flash is this bright, who cares?
—Staff writer Lanz Aaron G. Tan can be reached at lanzaaron.tan@thecrimson.com and on Twitter @LanzAaronGTan1.