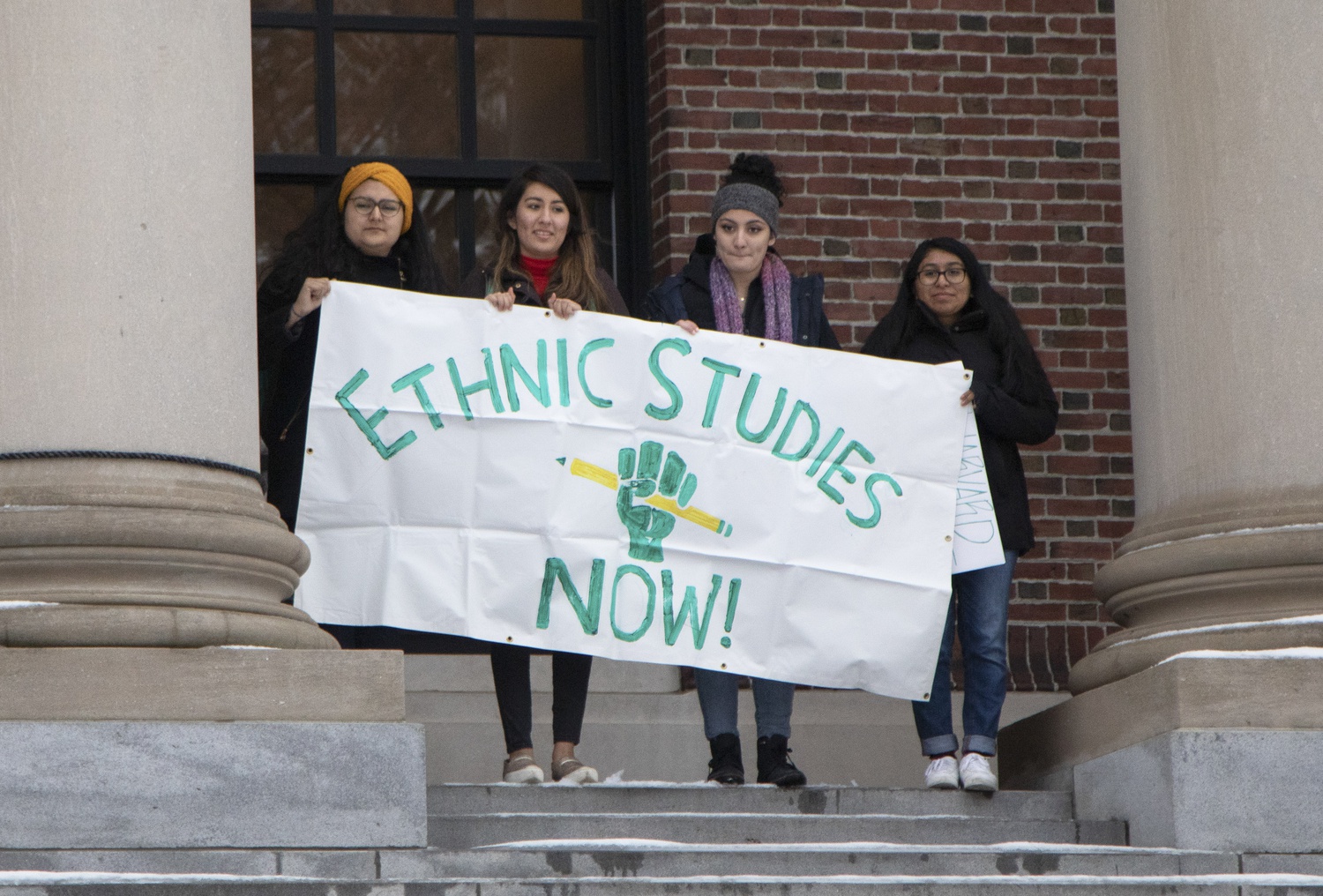 Hundreds of ethnic studies scholars within and outside of Harvard signed two letters condemning the University’s decision to deny tenure to Romance Languages and Literatures associate professor Lorgia García Peña.

More than 200 senior scholars across the United States who specialize in fields including Ethnic Studies, Women’s and Gender Studies, and American Studies sent a letter to University President Lawrence S. Bacow on Monday. The signatories include feminist theorist bell hooks and famed political activist and scholar Angela Davis.

Members of the Faculty of Arts and Sciences ladder faculty who work and teach in ethnic studies also circulated their own open letter to Harvard affiliates Tuesday. The nine signatories comprise chairs, directors, and administrators of University institutions that support ethnic and indigenous studies research and teaching, including the Committee on Ethnicity, Migration, Rights and the Committee on Degrees in History and Literature.

The University informed García Peña — who specializes in Latinx studies — of the tenure decision Nov. 27. Since then, University affiliates have protested the verdict by penning letters to top administrators, hosting a rally, staging a sit-in at University Hall, and interrupting a faculty meeting.

Both letters cite García Peña’s previous accomplishments and mentorship to students of color as evidence of Harvard’s misevaluation of her merits. During her nearly seven-year tenure at the University, she helped establish an ethnic studies track in History and Literature, published a book on Dominican racial and national identity to critical acclaim, and received multiple awards from the University for her teaching.

The nationwide letter argues the tenure denial signals that the University does not find ethnic studies “intellectually significant” in the tenure process.

hooks, who signed the nationwide letter, wrote in a press release Monday that Harvard’s tenure decision represents a systemic inattention to the academic value of Black and Latinx Studies.

“Dr. García Peña’s scholarship and service is the cornerstone to continue building Ethnic Studies as a leading program at Harvard and her absence would be a detriment to the students and faculty that depend on her keen insight,” wrote hooks, who is also an Appalachian Studies professor at Berea College.

The faculty letter contends that the tenure verdict would stifle growing numbers of students who are interested in studying ethnic studies at Harvard. Currently, 20 students are pursuing an ethnic studies subfield in the History and Literature concentration, and 65 are pursuing a secondary in Ethnicity, Migration, Rights, according to the letter.

“The recent denial of tenure to Professor Lorgia García Peña has severe repercussions on our efforts, especially given our small numbers, to respond to students’ growing interest in ethnic studies courses and advising, to recruit and retain top faculty working in our fields, and to participate in the university’s mission of fostering diversity, inclusion, and excellence,” the faculty letter reads.

“A program without a strong, vibrant cohort of committed faculty is destined to fail, and this cannot fail. It is far too important,” she added.

Gay has launched a nationwide search to hire three to four faculty members who specialize in Asian American, Muslim American, and Latinx studies. The search committee has compiled a list of candidates, some of whom will come to campus to give lectures and meet with faculty and students, according to Gay.

But signatories of both letters contend that García Peña’s tenure denial contradicts the ongoing ethnic studies cluster hire and Harvard’s broader efforts to promote diversity and belonging on its campus and in its curricula.

“Universities cannot simultaneously pledge a commitment to diversity and inclusion, and not take seriously the knowledge produced by and for communities that have long been excluded from or marginalized within the academy,” the faculty letter reads.

The nationwide letter calls on Harvard to lead academics in expanding the definition of “areas worthy of research” to include the fields of ethnic studies and Afro-Latinx Studies, as well as create the “intellectual space” for such efforts through its hiring and tenuring processes.

The letters follow recent efforts by students and administrators to start a conversation about the future of ethnic studies at Harvard.

Roughly 40 students from the Ethnic Studies Coalition staged a 45-minute-long sit-in in the Office of the Provost — located on the eighth floor of the Smith Campus Center — Monday afternoon.

“We discussed the critical importance of improving the diversity of scholarship, teaching, and mentorship at Harvard, with particular focus on ethnic studies,” Laibson wrote in an email. “We discussed the disproportionate burden placed on faculty of color, in part, because they are substantially underrepresented among Harvard's faculty.”