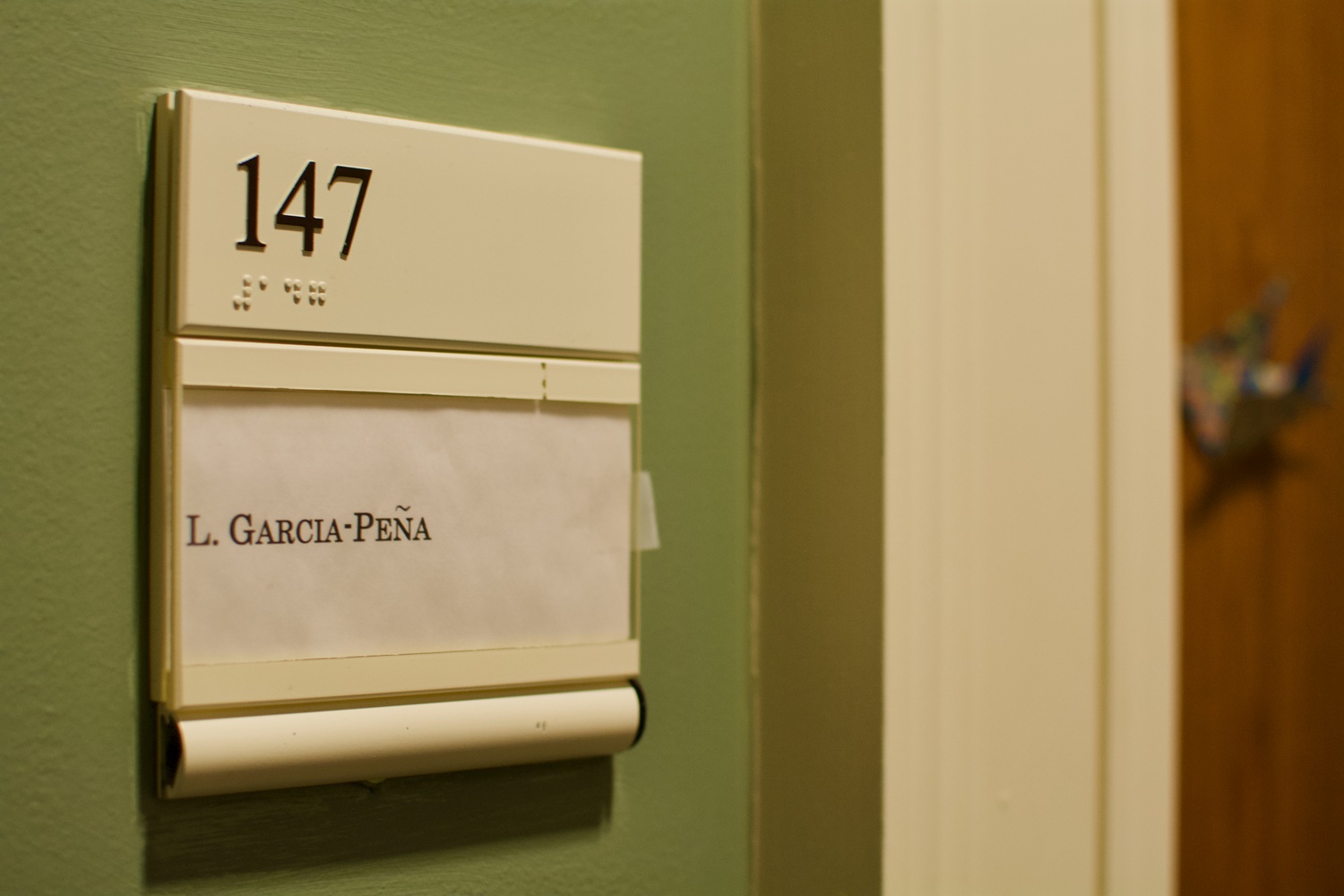 History and Literature associate professor Lorgia García Peña was not given tenure despite student lobbying in her support. By Jenny M. Lu
By Molly C. McCafferty, Crimson Staff Writer

García Peña was denied tenure Wednesday, according to an open letter students wrote to University Provost Lawrence S. Bacow, Provost Alan M. Garber ’76, and Dean of the Faculty of Arts and Sciences Claudine Gay. The letter — which 200 students and 30 student groups had signed onto as of Monday night — asks administrators to reverse that decision; publicly release correspondence about the final decision between Bacow, Gay, and department chair Mariano Siskind; and open an investigation into García Peña’s case for “procedural errors, prejudice, and discrimination.” A separate letter penned by Harvard affiliates and other academics had 972 signatures.

The open letter also connects García Peña’s tenure case to two incidents this semester which the authors claim the University has insufficiently addressed.

In the first, someone left a note at García Peña’s office insulting her ethnicity and challenging her right to be at Harvard. Harvard University Police opened an investigation into the incident, Bacow and Gay announced in September.

In the second, García Peña’s students were installing an art exhibit in Harvard Yard when Harvard University Police questioned the students and asked to see their IDs, engaging in a back-and-forth. At last month’s faculty meeting, Gay called the incident “painful,” adding that FAS would take steps recommended in a report the school commissioned on the incident to remedy the situation.

García Peña did not immediately respond to a request for comment Monday evening.

The open letter also calls on administrators to "increase transparency in the tenure review process for all faculty, providing more lines of accountability and greater consideration of the ways in which faculty have contributed to supporting underrepresented students on campus."

The ultimate decision to tenure a faculty member rests with the University President, and tenure review committees do not generally release public information about tenure cases.

HUPD officers were dispatched to University Hall Monday after receiving a report that “close to 50 protestors” entered the building, according to Harvard University Police Department spokesperson Steven G. Catalano.

“Officers merely observed the protest,” Catalano wrote in an emailed statement. “At the end of it the protestors vacated the building.”

Protesters occupied the lobby of University Hall for 48 minutes to correspond with the 48 years that students have been pushing for the establishment of a formalized ethnic studies program.

The students wrote that García Peña was an “excellent candidate to lead Ethnic Studies initiatives.” They also alleged that some candidates for the ongoing faculty search have “demonstrated intent” to withdraw from consideration in solidarity with García Peña.

“While looking outwardly for faculty members that can conduct and teach Ethnic Studies research, it is absolutely unacceptable to deny Professor García Peña tenure, especially as a member of the search committee herself,” the open letter states. “It is hypocritical for University administrators to claim they are invested in furthering Ethnic Studies scholarship at Harvard while simultaneously denying tenure to a leading Latinx and Ethnic Studies scholar.”

A previous version of this article incorrectly stated that Anna G. Cowenhoven is the University spokesperson. In fact, she is the FAS spokesperson.