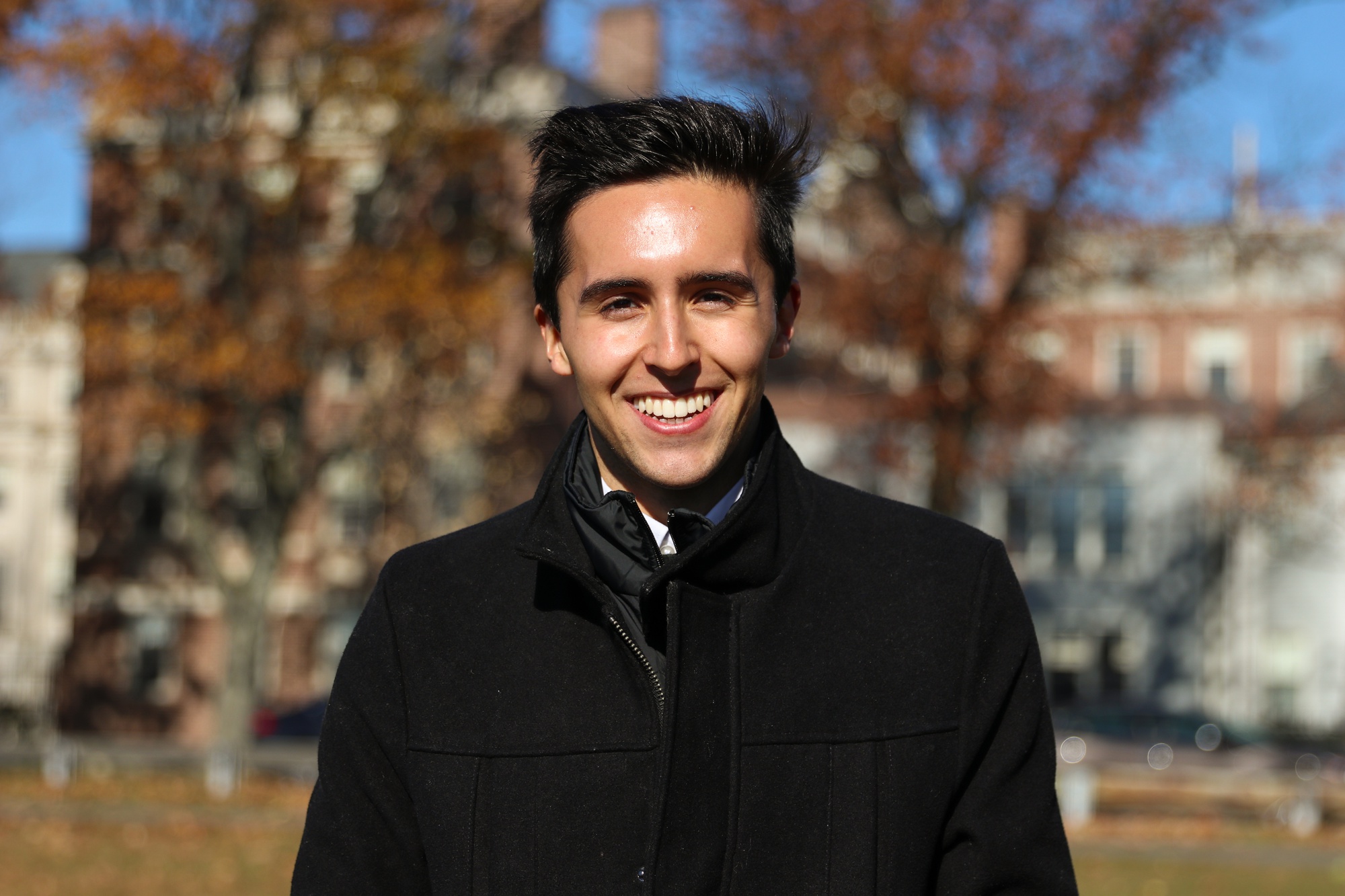 “I love the river because it reminds me of home,” James A. Bedford ’20 says as we set out for a brisk walk along the Charles. “Back home in England, I live on a sailing boat.”

When Bedford was a teenager, his family faced financial difficulties and he and his father made an unconventional choice. Rather than sell their 40-foot boat, which they had spent years fixing up together, the two decided to sell their cottage and move aboard. Bedford had to commute over two hours each way to school but, without a moment of hesitation, he says that it was worth it.

In another world, Bedford might have stayed on the water. “Like a lot of first-gens,” Bedford says, “college was not necessarily in the cards.” Bedford says he may have considered going to sailing school to become a crew member. But in high school, he was accepted into a social mobility program, the Sutton Trust, which helps British state school students apply to U.S. colleges.

Soon enough, Bedford moved from his sailboat, where he fell asleep listening to the water every night, to a bunk-bed in Greenough.

“The whole process was made extravagantly painful,” Bedford says of his adjustment to Harvard, because he “expected everything to be the same” as his life in England — and instead, was met with unfamiliar cultural references and a more individualistic, less community-oriented attitude. He faced the constant feeling that “‘you should know this; you should know how this works’” which he attributes to being both international and first-gen. To combat homesickness, he started walking along the river. 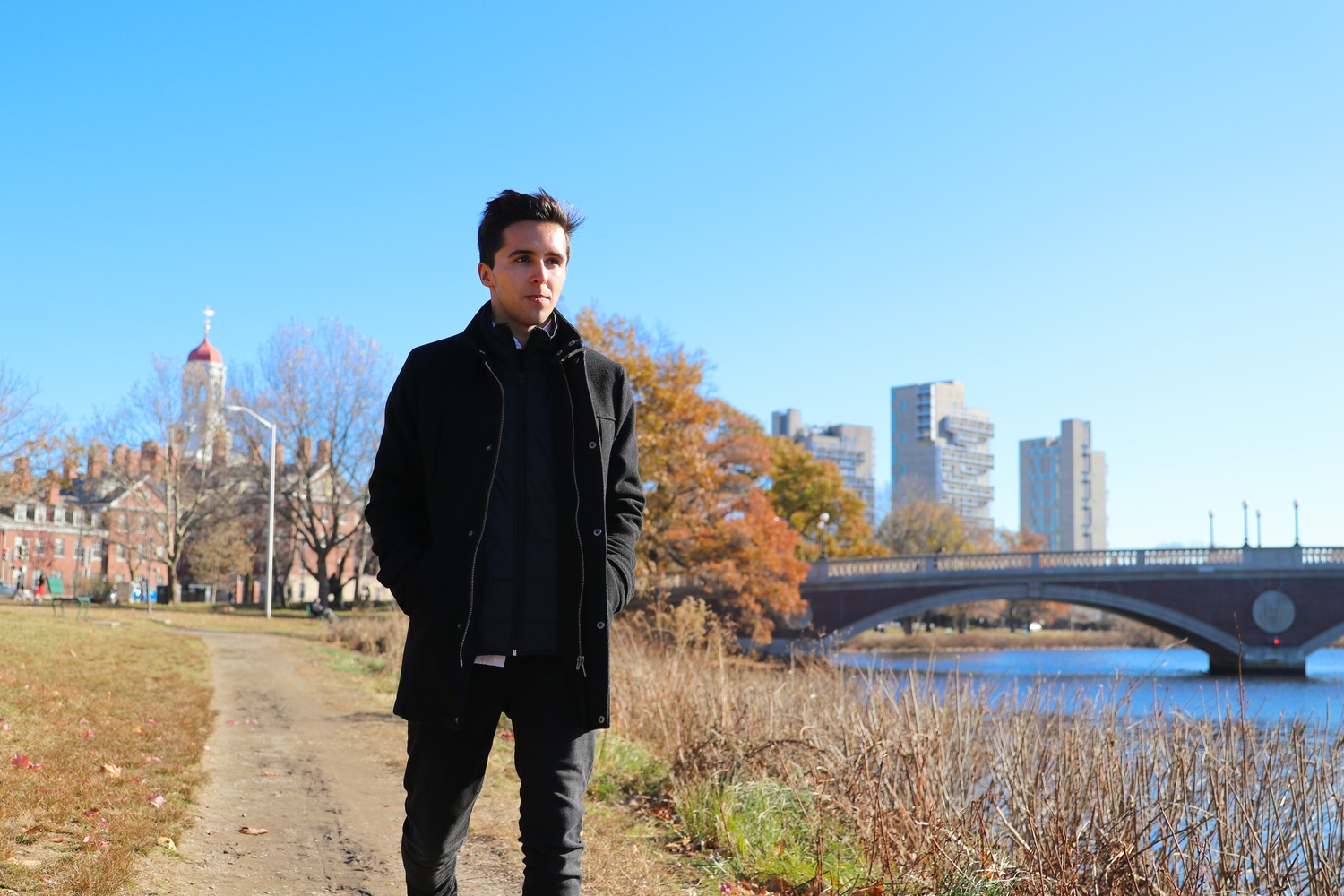 Academically, Bedford explored a variety of interests, ranging from Economics to Comparative Literature, before finding a home in Human Developmental and Regenerative Biology. When I ask about his concentration (and to start, what regenerative biology is), Bedford removes his hands from his jacket pockets despite the thirty-five degree weather to gesticulate as he speaks about the technique-based research he conducted last year; the way disease cells should be studied in a Petri dish; and the urgency of finding solutions to diseases like ALS and Alzheimer’s.

Beyond academics, Bedford has spent his four years advocating for first-gen, low-income students.

Bedford, with Andrew Pérez, founded and co-chaired the preorientation program First-Year Retreat and Experience, helping students from underrepresented backgrounds deal with the challenging adjustment to Harvard. Creating the program from scratch required an exhausting year of planning, recruiting, and branding. FYRE took a “took a lot of mental energy, a lot of our academic potential. A lot of sacrifice,” he says.

In the past year, Bedford has shifted his energy away from FYRE, but the program continues to inform his interests: FYRE “opened my eyes to so much that needs to be done,” he says.

Over the past year, Bedford has also been designing a new class, Stem Cell & Regenerative Bio 78: “Science Communication,” which he will offer alongside a professor next semester. The course, open to all STEM concentrators, will teach scientific writing and speaking skills.

For Bedford, scientific communication is one arena in which the elite have long monopolized the conversation, at Harvard and beyond.

Students from low-income, underrepresented backgrounds often aren’t taught the “value of their voices,”, Bedford says. In FYRE, “You can socialize people as much as you like,” he says, “and you can have seniors tell freshmen, ‘This is what I wish I’d known’ and that’s incredibly valuable. But it has to permeate the academic side as well.”

Co-teaching won’t be Bedford’s first foray into education, though it is his most intensive. He was formerly a teaching fellow for CS50, including at the Business School and Law School, and he puts it simply: “I am addicted to teaching.”

Bedford also has an Education secondary and is interested in returning to academia someday. “I want to spend a little time away from [academia] to see if that love is true or just relative,” he says.

After graduation, Bedford will work at the Boston Consulting Group, which he hopes will help him determine whether a PhD or work in the private sector, potentially on environmental issues, might be the right fit. Bedford plans to stay in the Boston area after graduation, in part to continue mentoring the students he led in FYRE.

When he tells me he’ll be staying in Boston, I ask if Bedford misses home. “I do miss my boat,” he begins.