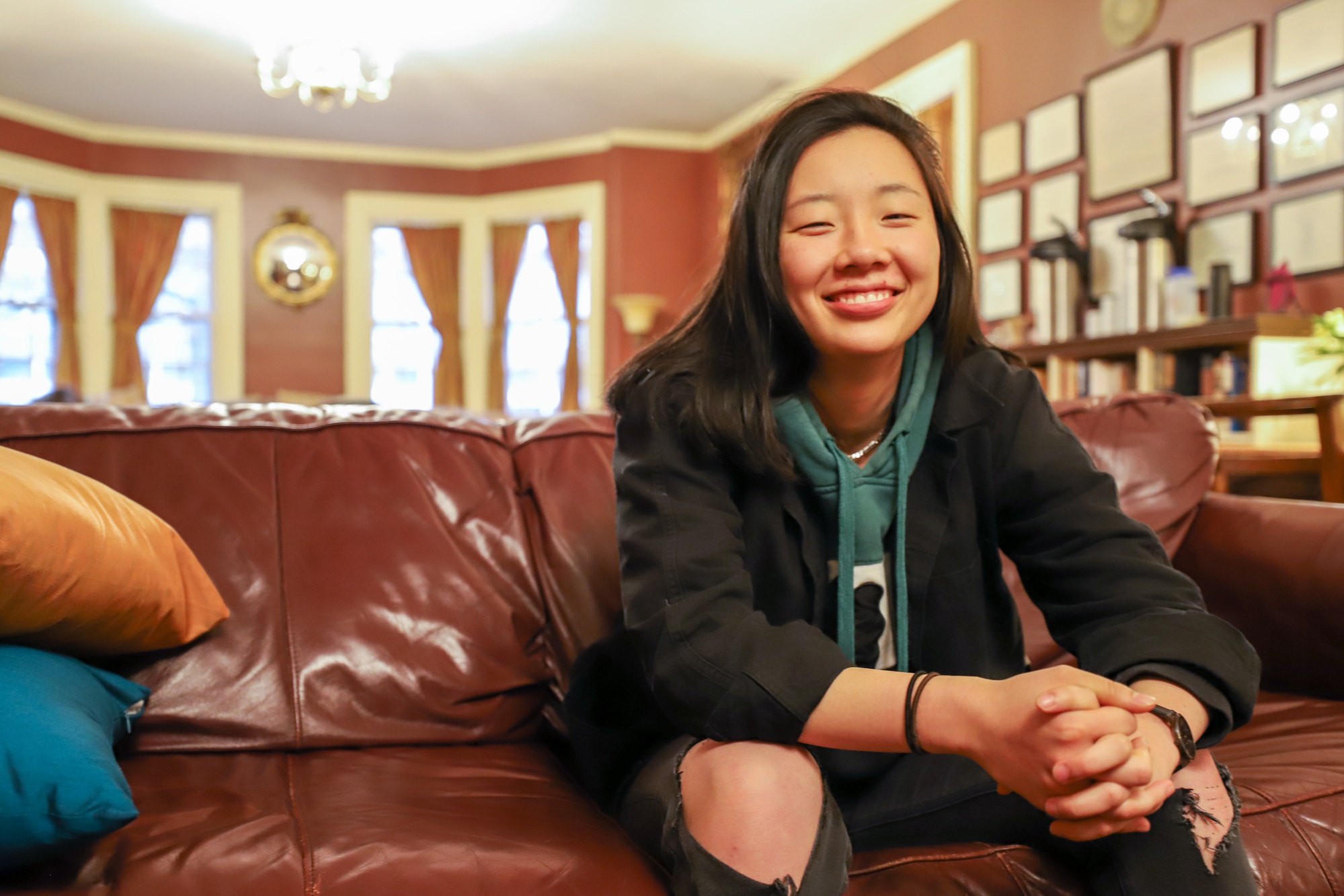 A young Sabrina Wu ’20 believed she had cracked the code for climbing the social ladder. “If I have a cool talent, people would talk to me, right?” she recalls thinking. So she went online, watched a bunch of how-to videos, and taught herself how to beatbox. She was confident her newfound skill would make her “so cool,” but her plan backfired. Wu remembers, “People were like, ‘Wait, someone beatboxes?’ And the other girls were like, ‘Yeah, have you seen that Asian girl do it?’ And then you have to beatbox, and then they ask you no further questions.”

Beatboxing didn’t quite land in the middle school cafeteria, but it has served Wu somewhat better in college. “I mostly just do it as a bit for stand-up,” she says. “I think it’s so lame, but it makes for some good jokes.”

Stand-up comedy is Wu’s main focus these days. She was the co-president of the Harvard College Stand-up Comic Society, opened for the comedian Cameron Esposito, interned for The Daily Show, and spent last summer performing stand-up in New York City.

Wu is the daughter of Chinese immigrants who, in her own words, “do not watch SNL.” So, growing up, she didn’t know much about comedy — and didn’t even think about pursuing it. Gabriel Iglesias’s “Hot and Fluffy” Netflix special, which she watched at a dinner party one night at age 16, was her first introduction to comedy.

“My mind was blown,” she recalls. “I'd never seen anything like that. I was like ‘ohmygod it would be so cool if I could do that.’” Shortly after watching the special, Wu told a group of her friends a “really raunchy tampon story.” It was a hit. The quarterback of the football team even told her, “That was funnier than Gabriel Iglesias,” and added “you gotta do stand-up.” With the quarterback’s blessing, she took a stab at stand-up.

She started performing at high school talent shows, putting on 12-minute acts about twice a year. When she came to school, she joined Harvard College Stand-Up Society but didn’t initially devote much time to it. She was busy with other activities, like avant-garde theater. 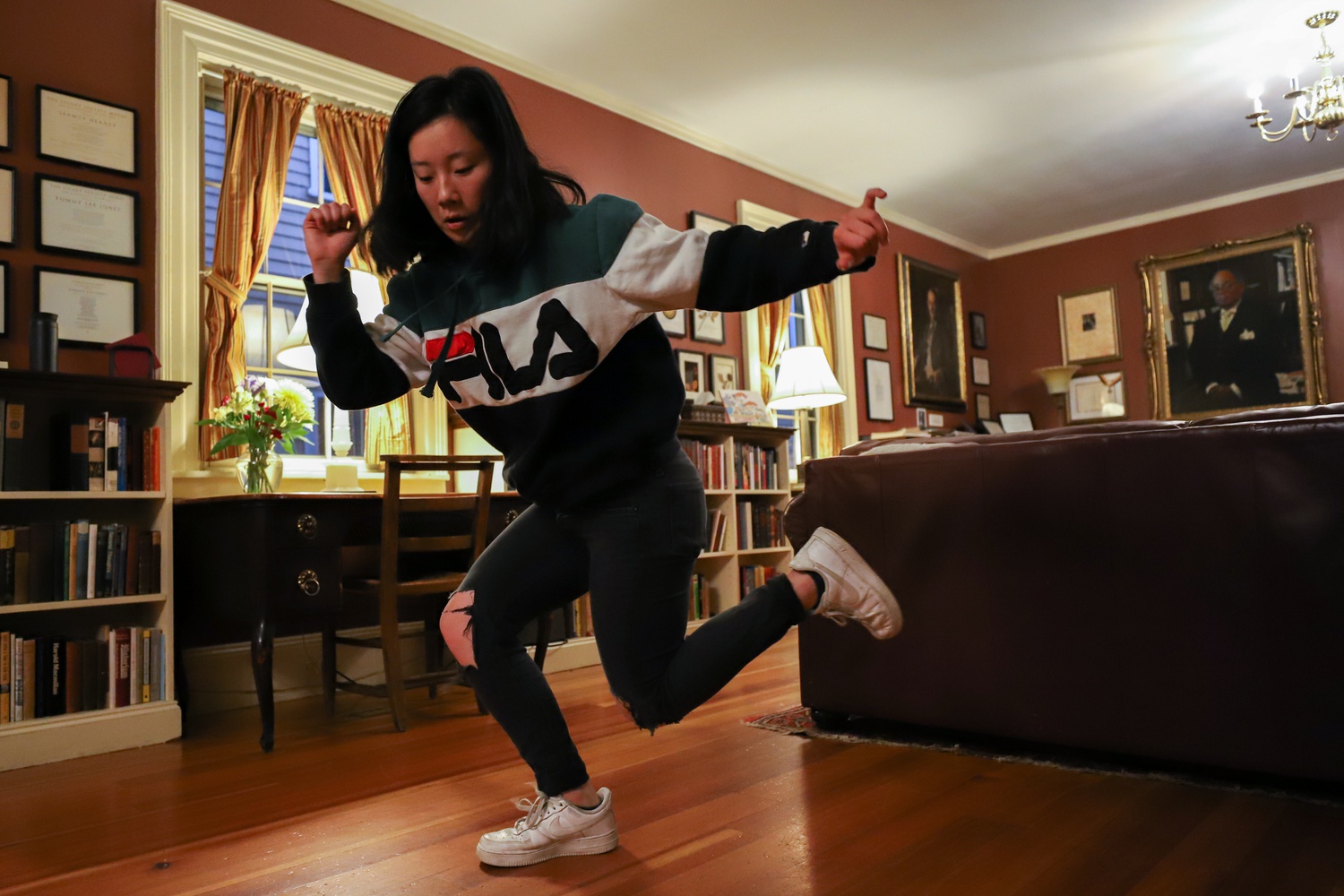 The summer after freshman year, she didn’t get an internship or study abroad like many Harvard students. Instead, she went home to Ann Arbor and decided, “I'll just try to get really good at stand-up in Michigan.” After frequenting open mics all summer, Wu came back to Boston ready to brave the open mics there.

But the first time Wu felt truly committed to a future in comedy was the following summer after sophomore year, while living in Los Angeles with a friend who also wants to go into comedy. “It was like us being together just being like, ‘Is there anything that we want more than this?’ And we’re like, ‘No.’ We were living a fever dream life. We were like staying up till three and being like ‘We're gonna make it!’”

Momentum kept building from there. Shortly after that summer, she opened for Cameron Esposito — one of her “lesbian heroes” — and then took a semester off to intern at The Daily Show. She stayed in New York the following summer and immersed herself in the open mic scene. In Brooklyn, she found a comedy community she really enjoyed.

“I did [stand-up] in Michigan, and I do it at school, and I do it in Boston, all of which have not that many queer women of color doing it,” Wu says. “When I went to Brooklyn, I basically learned about this whole new scene full of queer people of color that do, I think, more original and creative stand-up. It was just like a really refreshing community, actually. I found it really pleasant because I didn't have to cater to old white people.”

Though Wu pursues comedy outside of Harvard, she has also invested herself in the comedy scene on campus. When she joined the stand-up club as a freshman, there were only about eight members, so when she later became co-president, she tried to increase the presence of stand-up at Harvard. Now the club’s regular membership hovers between 20 to 30 people and the club’s shows fill Science Center lecture halls.

How does Wu bring so many to Harvard’s comedy scene? “I think we stay true to believing that anyone can do this, especially if you give them time and support.”