Harry Styles’s ‘Watermelon Sugar’ is a Sweet Confession of Craving 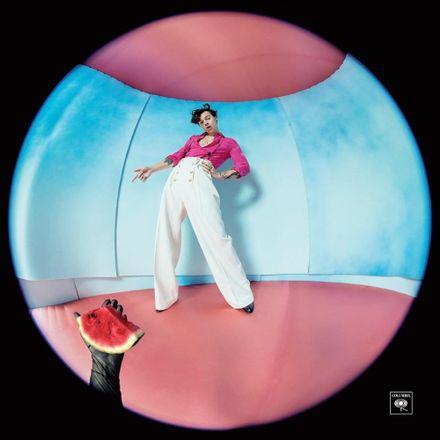 In a surprise release, Harry Styles dropped his latest single “Watermelon Sugar” on Nov. 16 — just before performing the song on Saturday Night Live. The single, produced by Tyler Johnson and Kid Harpoon, is the second off Styles’s album “Fine Line,” released Dec. 13. Styles hinted at the track back in October, tweeting, “Kiwi walked so Watermelon Sugar could run,”and provoking several questions. The first: What is it with Harry Styles and green fruit? (Unless you consider watermelon red.) The second: What kind of rock banger does Harry have planned next? Despite its prominent electric guitar line, “Watermelon Sugar” deviates far from “Kiwi’’’s aggressive rock vibe. Even so, “Watermelon Sugar” is a compelling groove liable to induce an earworm on the second or third listen.

There is only one thing more relaxing than sitting outdoors in the evening whilst being engulfed by comforting summer air: simultaneously having sweet berries to gorge on. Styles etches this feeling into the mind with the combination of his isolated vocals along with electric keyboard and a familiar electric guitar rhythmic strum (“Tastes like strawberries on a summer evenin' / And it sounds just like a song / I want more berries and that summer feelin' / It's so wonderful and warm”). His informal elisions convey a laid-back and effortless energy that divulges into a sincere longing for intimacy in the pre-chorus (“Breathe me in, breathe me out / I don't know if I could ever go without”).

A cascade of musical escalation — the addition of a mixed beat, funky electric guitar, involved bass line, upper register harmonies, and strumming acoustic guitar — culminates in a groovy, electric bass-dependent track set to the words of the chorus: “Watermelon sugar high.” “Watermelon Sugar” is thought to be a reference to Richard Brautigan’s 1968 novel “In Watermelon Sugar,” in which “watermelon sugar” is an element that results from the dehydration of watermelon. The novel was allegedly gifted to Harry Styles by ex-girlfriend Camille Rowe while they were dating, which reinforces the idea that the sugar left behind after dehydrating watermelons is akin to the love and passion abandoned at the end of their relationship.

Sugar is addictive. It’s sweet and energy-inducing, so it is no wonder that Styles yearns for that which he once savored (“Strawberries on a summer evenin' / Baby, you're the end of June / I want your belly and that summer feelin' / Getting washed away in you”). The musical breakdown during the bridge provides a clarity that highlights the yearning in Styles’ voice, but an ascending trumpet line escalates him back into that “watermelon sugar high.”

Given the track’s dynamic and brass-infused spirit, the timing of its release is odd; it seems more suited for the summer. That being said, its post-summer debut gives Styles’ words more significance given that he confesses his cravings for a past relationship.