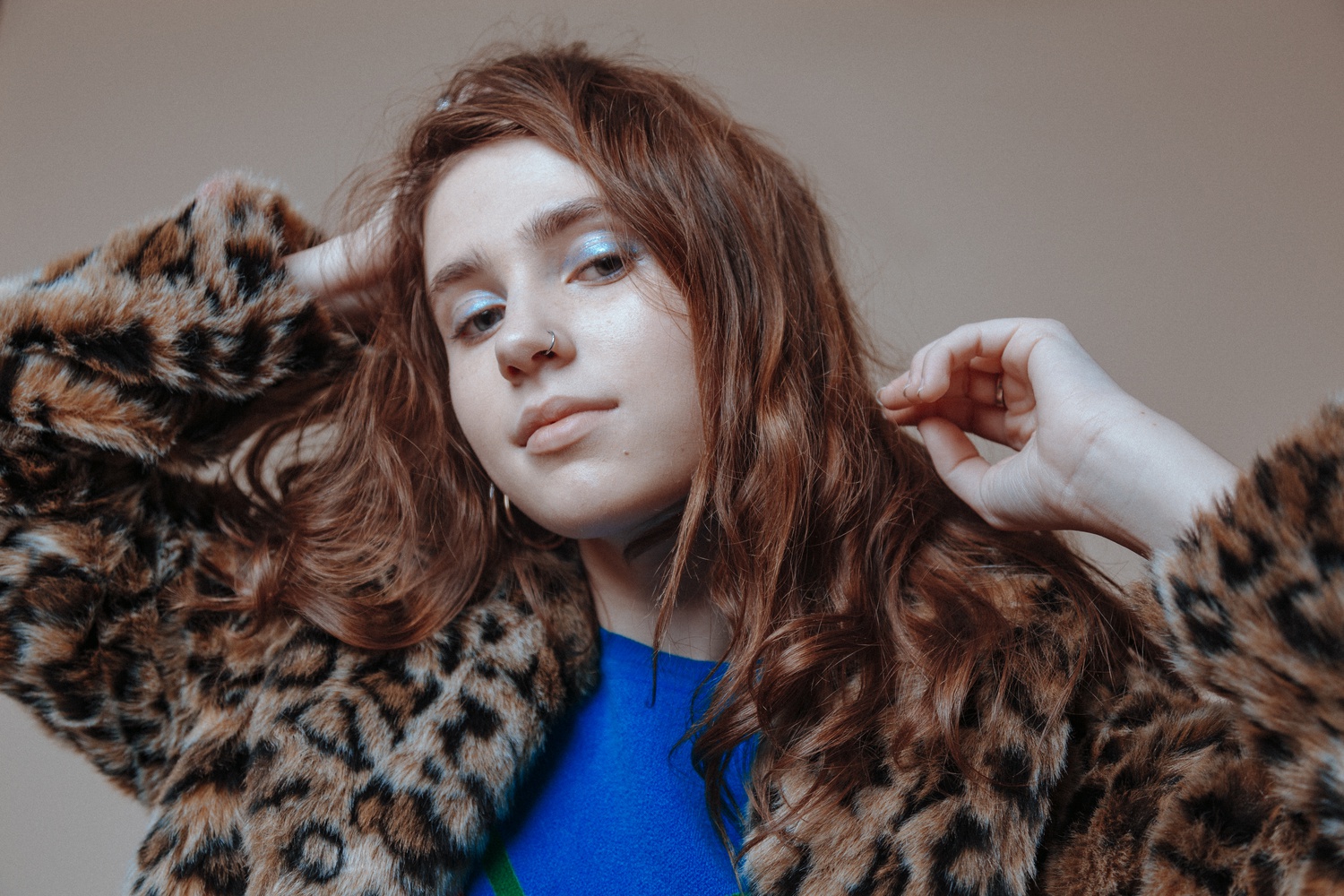 Clairo walked out onto the stage at her Nov. 20 show at Paradise Rock Club in Boston exactly how you would want her to: unassuming, bubbly, and dressed like the bedroom popstar she is in a black sweatshirt, gray sweatpants, and a messy bun.

The Boston area native began her set with “Alewife,” a heartfelt tribute to the Red Line station’s impact on her youth, off of her new album, “Immunity.” With just one light coming from behind her, the performance was ethereal, her voice lifting effortlessly above the dreamy piano and her own guitar’s melody. The stage was decorated only with a semicircular screen projecting various moving images. During the next song, “Impossible,” the screen glowed with beautiful images of clouds. Her soft, sweet voice and impeccable runs dominated the song. The audience knew every single word.

“This song’s called ‘Softly,’” she said, announcing the jazzy song also from “Immunity.” The epitome of bedroom pop, the song featured mellow guitar playing and a syncopated drum beat. It was followed by a “How we feeling, Boston?” and the YouTube bred hit, “Flamin Hot Cheetos.” “I’m feeling something right,” she sang over and over in the song’s hypnotizing bridge, the crowd all swaying and shouting the lyrics in unison. “Drown” — her song with the Chicano singer-songwrite Cuco — and “Get With U” were both beautiful and smooth, blanketing the venue in a breezy trance.

“How’re we doing?” Clairo asked the audience in her small voice. “I remember seeing Arctic Monkeys here in 2015. I was stuck [watching from] behind a pole. Thank you so much for having me, it’s really a blessing,” she said before “Sis.” Images of suburbia dominated the screen behind her. The performance acted as a sort of homecoming for Clairo, noted in her next song, “Bubble Gum.” It began with just her guitar, as the rest of the band fell in slowly. The stage glowed a soft pink. As the audience sang along with the 2016 SoundCloud track, she began to get emotional. “Agh, I started crying already,” she said after finishing the song, a candid acknowledgement welcomed with cheers and applause.

“This song’s called ‘North.’ Come on, let’s dance,” she said, quickly lifting the heartfelt mood. The dancing mood was continued with her 2019 hit, “Bags.” “This one’s for you Boston!” she said as she jammed out with her three-piece band to the song’s catchy melody. “Sofia” received special live treatment, embellished by a complicated drum beat. “I just wanna say / How I love you with your hair down,” she sang as she undid her messy bun. At this moment, the whole room was alive with dancing. Everything coalesced into pure bliss as the iconic guitar riff filled the venue with an incredibly palpable energy.

For the next song, “White Flag,” Clairo seemed to surrender herself to her audience and the music, singing the entire time about loneliness from her seat at the edge of the stage. “I’m gonna need your help with this one,” she said before the bluesy “Feel Something,” as raindrops rolled down a windowpane on the screen. “Sinking,” a jazzy track also from “Immunity” was nothing short of beautiful, the lights bathing her in orange as she sang, her soft voice powerfully rising above pre-recorded heavenly harmonies. With “Closer To You,” the lights quickly changed to blue, signifying a change in mood as her lyrics shifted from melancholic to frustration with a relationship and to empowerment.

“Thank you so much for coming tonight. It feels really crazy to be here, I’m kinda freaking out. Thank you,” she said before bringing back the melancholia with “I Wouldn’t Ask You.” “Can we sing this together?” she asked softly, though the audience didn’t miss a single lyric the whole night. Here, the audience replaced the chorus from the studio recording as Clairo sang. Again, the vulnerability of her lyrics was only heightened by her place crouching at the stage’s edge. That is, until the song’s techno-infused reprise, during which she stood up and took up the entire stage with her presence. With her gorgeous vocals, the soft synths and cutting drum machine, and the audience filling the role of the chorus, the performance was perfect. It was heavenly.

“I love you more than Flamin Hot Cheetos!” said an audience member before Clairo introduced the next song, the unreleased “I Want More Time.” “I worked on a song that I really like playing. We started ending every show with it…. It’s really nice and I want to share it with you,” Clairo said. Only she and her guitar were on stage as she played the song’s lovely finger-picking melody, the entire room attentive under her spell.

“Thank you so much, Boston,” Clairo said before leaving the stage. It felt as though she was addressing a close friend.

For the encore, she treated fans to an incredibly fun rendition of “4EVER,” followed by her first ever hit, “Pretty Girl.” For the latter, the song’s viral YouTube video took up the screen and the crowd went wild as she crooned the memorable lyrics about trying to be the perfect girl. “I could be your pretty girl / I’ll wear a skirt for you / I could be your pretty girl / Shut up when you want me to,” she sang ironically.

“I don’t know if this is the type of song for a mosh pit...” she said before the final song of the night, her collaboration with EDM artist Mura Masa, “I Don’t Think I Can Do This Again.” Maybe it wasn’t the archetypal mosh pit song, but it didn’t matter. The crowd pulsed wildly as Clairo danced about on stage. It was the perfect ending to the concert as everyone completely let loose, losing themselves to the incessant thumping beat.

“Thank you, Boston! Thank you so much!” Clairo said before leaving the stage for good.

An orange screen remained glowing behind her. The only word emblazoned on it: “Immunity.