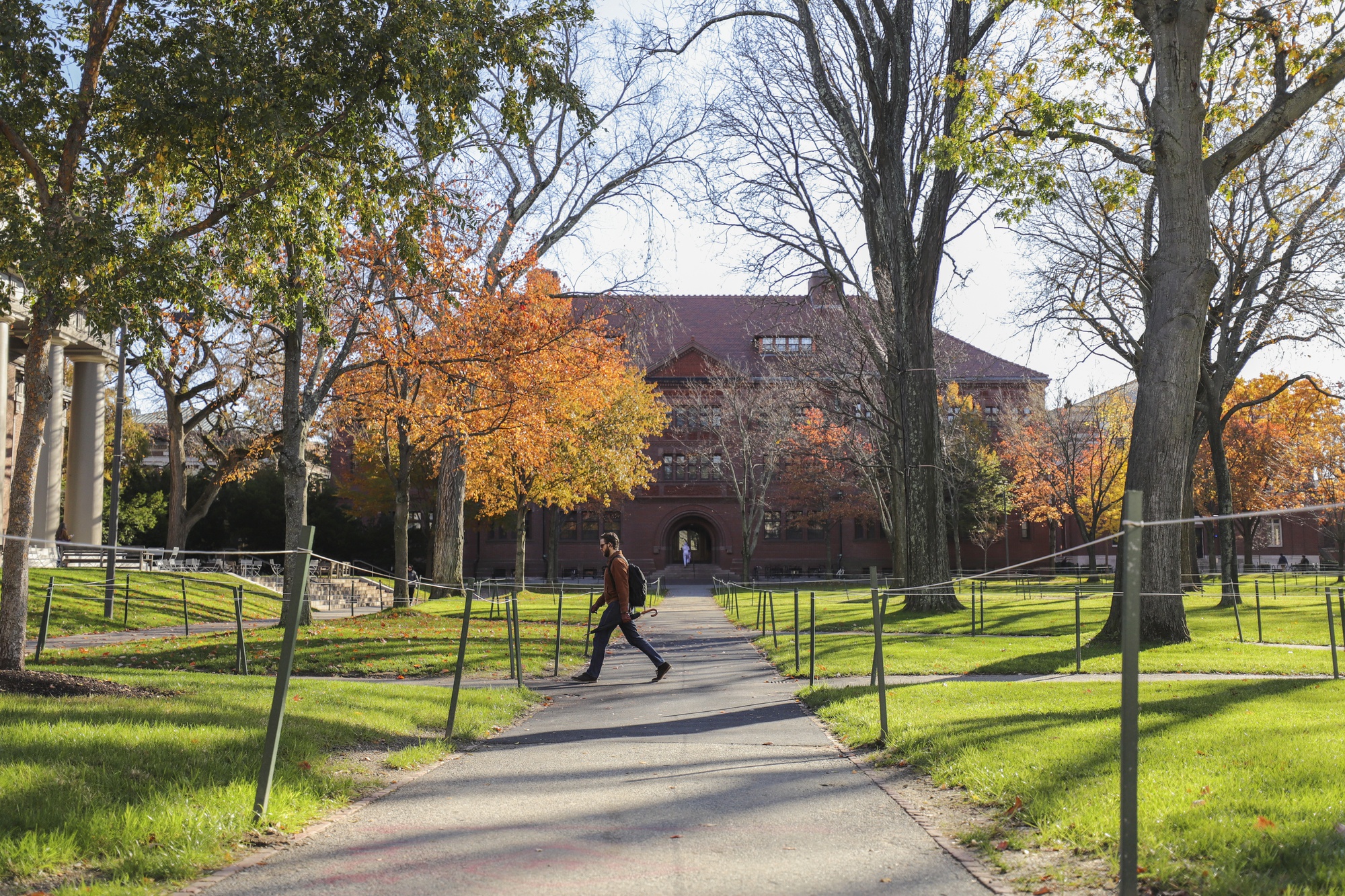 A pedestrian walks through Harvard Yard in front of Sever Hall on a November morning.
By Juliet E. Isselbacher, Crimson Staff Writer

A report by the Miami Herald in late 2018 which uncovered extensive sexual abuse allegations against Jeffrey Epstein provoked a University-wide reckoning this past year about Harvard’s ties to the disgraced financier and one-time donor.

The Miami Herald report revealed that Epstein had long operated a sex ring out of his Palm Beach, Fla. house, but secured a lenient plea deal in 2007 from former U.S. Secretary of Labor R. Alexander Acosta ’90. Though Epstein managed to spend a mere 13 months in a county jail at the time, he was dealt fresh charges about a decade later, in July 2019. The following month, on August 10, he died by apparent suicide in a Manhattan prison.

Among the more than 2,000 legal documents unsealed the day before Epstein’s death was a 2016 deposition in which Virginia Guiffre named Kennedy School donor Glenn R. Dubin among the prominent men with whom Epstein and his associates allegedly directed her to have sex. Dubin has denied the allegations through a spokesperson.

University President Lawrence S. Bacow announced in a September email to Harvard affiliates that the University was conducting a review of the financial gifts it received from Epstein.

Bacow wrote that Epstein made multiple donations to the University between 1998 and 2007, totalling approximately $8.9 million — $6.5 million of which went towards Harvard’s Program for Evolutionary Dynamics.

Bacow added that Harvard would additionally review donations made to the University at Epstein’s “suggestion.”

Epstein “facilitated” — but did not actually fund — a leading gift made by his client Leslie H. Wexner towards a $3.6 million building to house Harvard Hillel, naming it after his longtime associate, former Faculty of Arts and Sciences Dean Henry A. Rosovsky. Hillel is financially independent from Harvard.

Bacow also wrote in his email that the ongoing review had identified an unspent balance of $186,000 from Epstein, which would be re-directed to organizations that support victims of human trafficking and sexual assault. He further emphasized that all of Epstein’s donations were accepted before his 2008 conviction for soliciting prostitution.

The Hasty Pudding, however, received a $50,000 gift from Gratitude America, an Epstein-affiliated charity, in 2016 — well after the billionaire’s conviction. Until The Crimson reported on the gift in April 2019, the Hasty Pudding had listed Epstein as a 2018 “Guardian of the Sphinx” — a term delineating its top-tier donors. Following an August petition from undergraduate members of Hasty Pudding Theatricals demanding restitution, the institution announced a $50,000 donation to an anti-sex trafficking nonprofit in October.