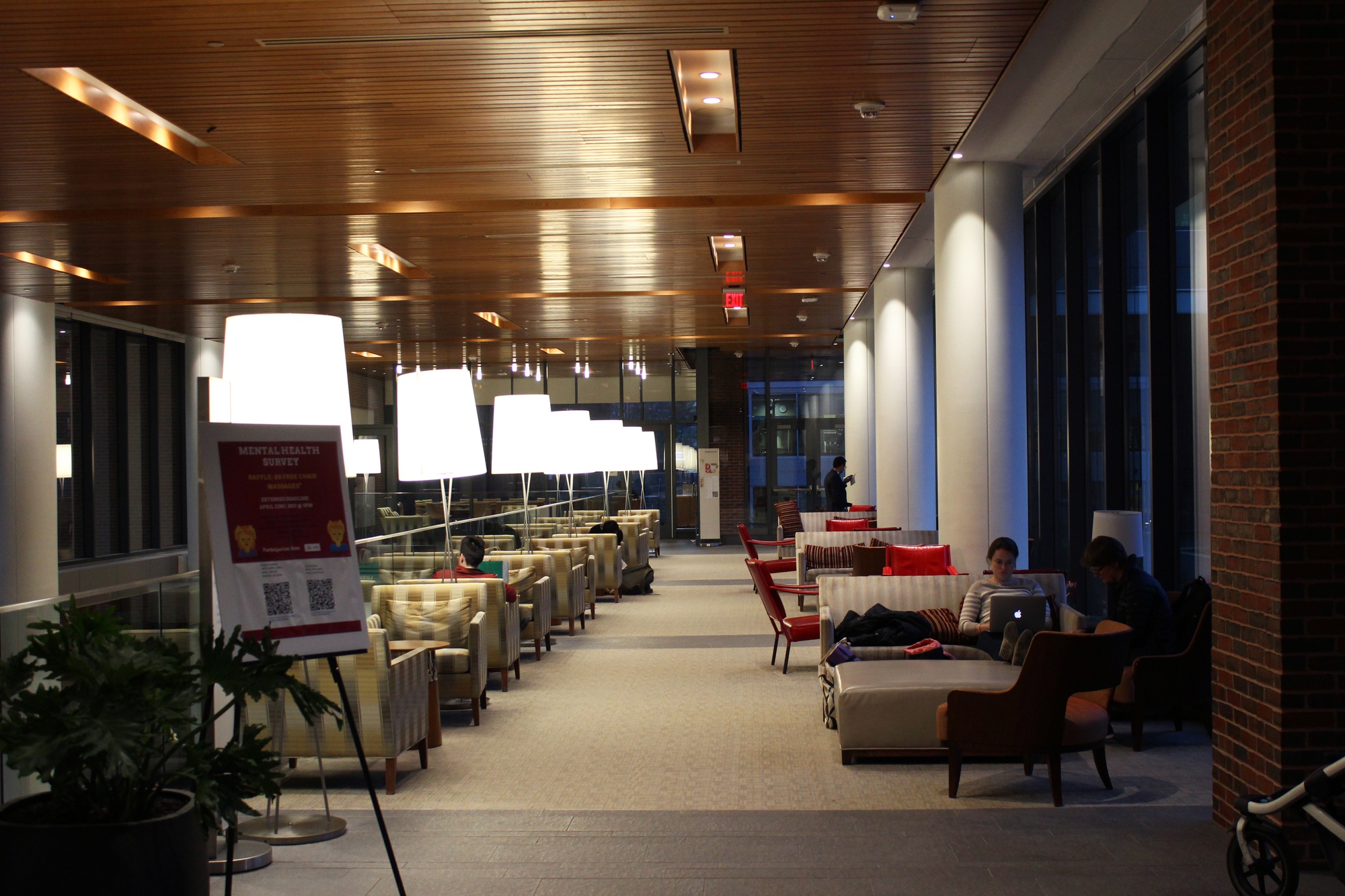 A common space in the Harvard Kennedy School. By Sanjana S. Ramrajvel

Epstein — a convicted sex offender with deep ties to Harvard — was accused of preying on and sexually exploiting girls as young as 14. An investigation by the Miami Herald showed Epstein received favorable treatment in a 2008 plea deal that gave him a light jail sentence of 13 months.

Epstein died by suicide Aug. 10 in a Manhattan jail cell, where he was awaiting trial on new federal charges of sex trafficking.

Dubin’s alleged connection to the scandal surfaced last week, when more than 2,000 court documents were unsealed in a civil lawsuit against Ghislaine Maxwell, an Epstein associate who allegedly helped orchestrate the sex trafficking operation. That lawsuit — which was settled in 2017 — was brought by Virginia Giuffre, who says she was 16 when Maxwell recruited her.

In a 2016 deposition unsealed Aug. 9, Guiffre — who was previously known as Virginia Roberts — listed Dubin among several businessmen and politicians who she alleges Maxwell and Epstein directed her to have sex with. The available court record contains no direct evidence substantiating the allegations against Dubin, who denied the allegations through a spokesperson.

"Glenn and Eva Dubin are outraged by the allegations against them in the unsealed court records and categorically reject them," wrote Dubin's spokesperson in an emailed statement.

In 2010, Dubin gave $5 million to establish the Dubin Graduate Fellowships for Emerging Leaders, a scholarship and co-curricular program within the Kennedy School’s Center for Public Leadership.

In another document in the cache of files, former manager of the Dubin household Rinaldo Rizzo recounts his encounter with a 15-year-old girl allegedly trafficked by Epstein who was brought to the Dubins’ house in 2005.

According to Rizzo’s testimony, after Maxwell and Epstein brought the girl to the house, Dubin’s wife, Eva Andersson-Dubin, left her in the kitchen where Rizzo and his wife were working. The girl told the couple that a few days prior, Maxwell and Epstein took her to Epstein’s private island in the Virgin Islands and tried to force her to have sex with Epstein by threatening her and taking her passport, according to Rizzo.

When Andersson-Dubin re-entered the room, she told the girl she would be working for her as a nanny, Rizzo testified. He said he saw her again a month later, on a flight to Sweden with the Dubin family.

Giuffre has also alleged for years that Epstein forced her to have sex with another of his associates, Harvard Law Professor Emeritus Alan M. Dershowitz.

Giuffre alleges that Epstein forced her to have sex with Dershowitz — Epstein’s former lawyer who helped negotiate his remarkable plea deal — multiple times starting at age 16.

Dershowitz has repeatedly denied the allegations, which stemmed from the same suit against Maxwell but were made public earlier. Since they came to light, he has said that Giuffre’s claims constitute perjury and that a series of emails contained in the sealed document cache exonerate him.

Lawyers for both Giuffre and Maxwell did not respond to multiple requests for comment for this story.

In the emails, Giuffre asks British tabloid reporter Sharon Churcher to remind her of the names of people she had told Churcher Epstein trafficked her to, adding she was trying to meet a deadline for a book manuscript. Churcher responded, “Don’t forget Alan Dershowitz,” citing him as a “good name for [plaintiff’s] pitch” to her literary agent.

“We all suspect Alan is a pedo and tho no proof of that, you probably met him when he was hanging put [sic] w JE,” Churcher wrote.

Dershowitz wrote in an emailed statement Monday that he believes the evidence “categorically proves” he never met or had sex with Giuffre and that she only named him in the lawsuit at the instruction of her legal team, with whom Dershowitz has sparred for years.

“They prove that as far back as June of 2001, Roberts never included me among the numerous people she claimed to have sex with,” he wrote. “She invented the false accusation against me only in 2014, when her lawyers 'pressured' her to do so for financial reasons.”

He added in an interview that, during his decades-long career as a Law School professor, he has never been accused of improper conduct by students or fellow faculty.

“In 50 years at Harvard, there was never a single complaint,” he said.

A previous version of this article stated that Glenn Dubin did not respond to a request for comment. In fact, he responded through a spokesperson and denied the allegations against him.

—Staff writer Jania J. Tumey can be reached at jania.tumey@thecrimson.com.