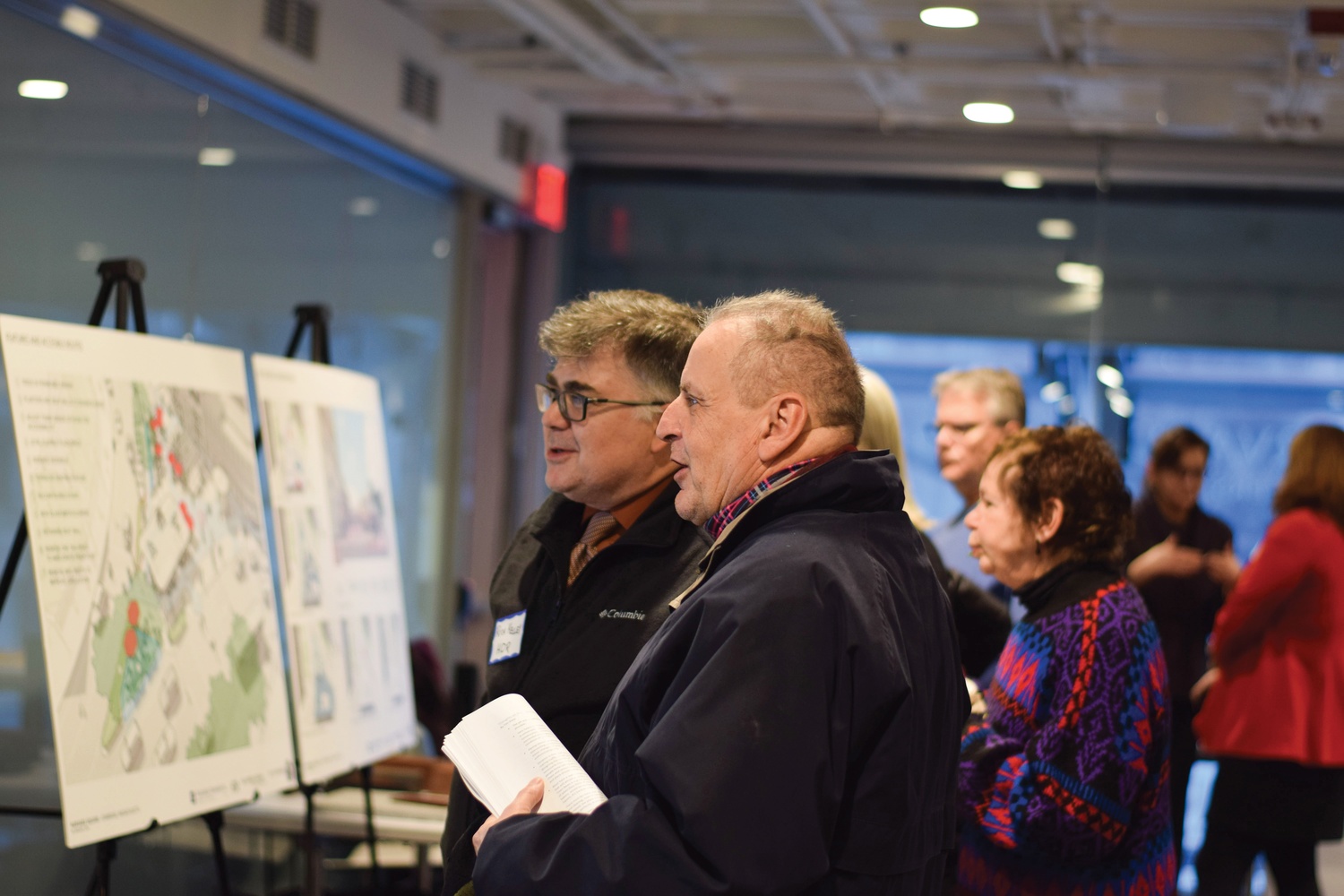 Amidst the hustle and bustle of Harvard Square’s daily life, ongoing plans for a complete transformation of the central Harvard Square Kiosk and its surrounding plaza are underway. Designers, architects, and citizens mingled at a public showcase Thursday to view and discuss the project’s progress.

More than three years ago, the City of Cambridge, which owns the property, first launched an initiative to restore and rejuvenate the space. The kiosk is currently occupied by Out of Town News, which offers the Square’s visitors a selection of newspapers, magazines, and souvenirs.

In order to obtain a diverse array of public opinion, the city established the Harvard Square Kiosk and Plaza Working Group and organized several community workshops. The group published its final report in Oct. 2018 and imagines the kiosk and plaza to “attract and serve a broad range of people” and “act as platforms for community gatherings, including civic, artistic, and social activities.”

Though designers and organizers were optimistic, several residents in attendance voiced their concerns about the design plans.

Cambridge resident Peter A. Torpey said that while the renovations are an improvement, he would characterize the changes as “incremental.”

“It’s not a huge change, and it feels like just a variation on what’s there now,” he said. “An improvement, sure, but not really rethinking what it could be and the potential of the space, and how it can become a showcase for Cambridge and Harvard.”

Vincent L. Dixon, a former Harvard Square tour guide, said he is worried about the possible lack of tourist information and welcoming aspects of the kiosk during renovations.

“They will pretend to provide some services on a very limited basis and people won’t even know to come in,” Dixon said.

Organizers purposefully hosted the public showcase with the goal of soliciting public feedback, according to Touloukian.

“The project itself only gets better from the feedback that we receive from the community,” he said. “Events like this tonight, the open house, are opportunities for us to really engage the general public and receive feedback about what’s going to make this building special.”

“We have enough vacant spaces in Harvard already – we don’t need another one,” she said.

Torpey said he thinks the public and designers alike should continue to debate the kiosk renovations so that the space can address the “needs of all the constituents in the community.”

“I’m very interested because I care about the space. It’s the heart of Cambridge and it is a landmark. It is a point of reference, it is a focal point of the community and has the potential to be even more so,” he said.

Renovation plans indicate construction on the redesigned kiosk space will begin in summer 2019.