‘Fighting With My Family’ a Hearty but Clichéd Feel-Good 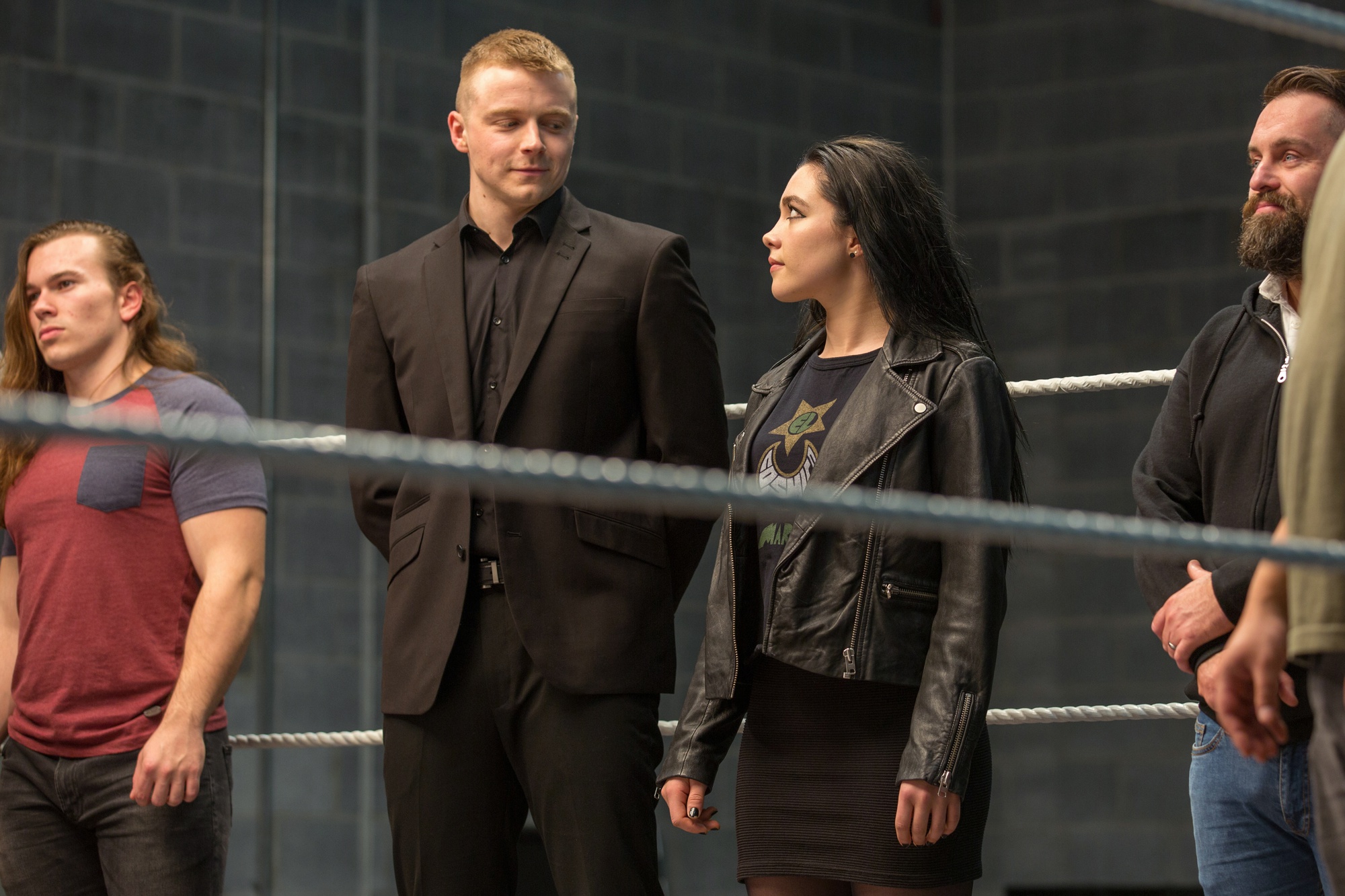 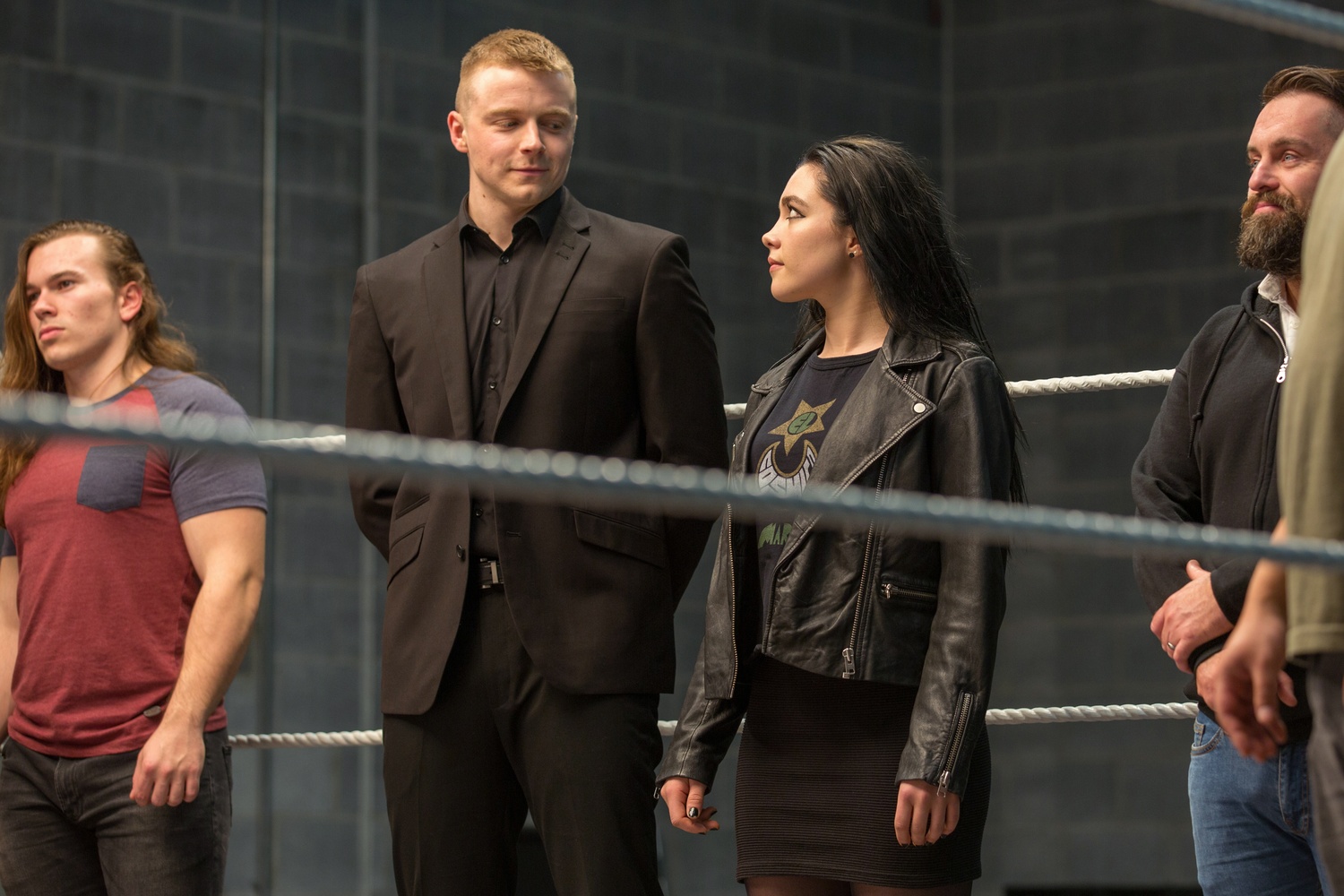 Underdog stories are nothing novel in the classic realm of sports flicks (take “Rudy,” or “Remember The Titans”). Nor are sports films that weave an ambitious athlete’s endeavors with a family narrative (“Rudy” again, really, and “The Blind Side”). But when done well, they’re a pleasure to watch. That’s exactly what “Fighting With My Family” is. Based on the real story of wrestler Saraya “Paige” Bevis (Florence Pugh), the film follows a small, punky girl from a family of wrestlers in northern Britain as she earns a contested spot in World Wrestling Entertainment. Her brother Zak (Jack Lowden), however, doesn’t make the cut, and Paige is off to America alone. The plot follows Paige as she fights more for her family than with her family, striving for what they had all dreamed of but had never gotten before: a chance to prove themselves. Stephen Merchant both directs and writes the script for the film, and his sometimes-corny jokes mostly invoke a few laughs, and at other times fall cringingly flat. At crucial moments, Paige’s family is the one that pushes her on, and Merchant emphasizes that point. But for most of the film, when she’s training in Florida, it’s not the presence of her family, but rather the lack thereof, that both pushes her and also (almost) breaks her.

Pugh’s tough but not invincible portrayal of Paige seems effortless, such that it’s almost hard to believe that she’s not Paige in real life. The grunge is there, and so are desire and pain. It’s unclear why Paige wants to be a professional wrestler so badly — but Pugh makes her seem determined, and it’s convincing. One would hope that Dwayne “The Rock” Johnson, who plays himself in the film and who supposedly comes from a similar wrestling family background as Paige, would pay her more sincere sympathy or dispense better advice. But instead, he’s mostly full of himself, a borderline jerk. His sparing words to Paige and Zak don’t even pass as tough love, but they still idolize him.

Though The Rock is disappointing, Vince Vaughn makes up for Johnson’s lackluster performance in the film. Playing Hutch, the coach of NXT, the “Next Generation” of WWE, Vaughn is sometimes antagonistic, but cut in the realistic, tough love kind of way that the best coaches are. He can both be easy to hate and easy to love, depending on what the workout of the day is. He doesn’t accept Zak into the program, which, of course, causes tension between the siblings, but then reveals that he’s really doing it with Zak’s best interests in his heart. And Vaughn makes his tough love believable. With a girlfriend, a new baby, and good-but-not-Dwayne-Johnson wrestling skills, Zak isn’t going to find what he’s really looking for in the WWE, and Hutch knows it even if Zak himself doesn’t.

The fact that Paige is the only girl picked from her try-out in Britain raises hopes that the film will highlight the gender imbalance in the field. But “Fighting With My Family” is no “A League of Their Own.” Merchant doesn’t really explore the difficulty of being an elite female athlete in the WWE. Instead, he unfortunately brings out the cattiness of women who compete against each other. Paige forms an easy and early animosity towards most of the other women on the NXT team: After a tense wrestling session, spurred on by her mother’s well-intentioned but malformed advice, she reductively perceives the ex-models and dancers on the team as “just tits and ass.” The bonding and team-tagging they go through later is pleasant, but a bit forced and not particularly heartwarming, especially given their former (and needless, on Merchant’s part) animosity.

At once, “Fighting With My Family” is a coming-of-age story and an underdog story. The fact that there’s a happy ending is not a spoiler, really. Right from the start the film doesn’t seem like it will end tragically, and there’s nothing wrong with that. Although the film’s tropes are tried and true, and none are particularly pushed in any groundbreaking direction, it’s a touching feel-good story, packaged neatly with a pretty tied bow on top. It could even earn a spot in the classic Friday night family repertoire.

The film made its international debut at the Sundance Film Festival on Jan. 28 and will be publicly released in the U.S. on Feb. 14.