NDT 2 Explores the Tragedy and Comedy of Being Human 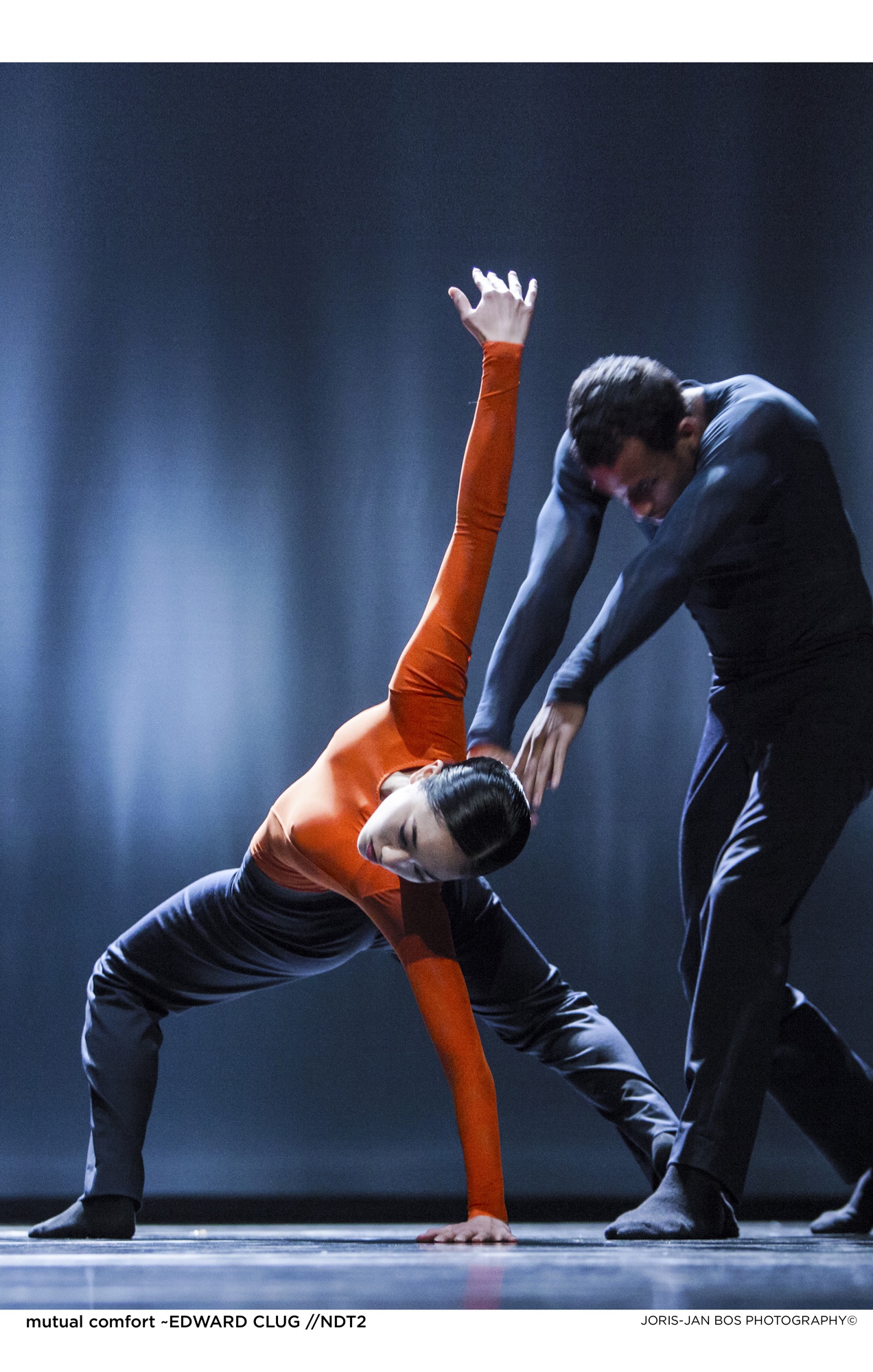 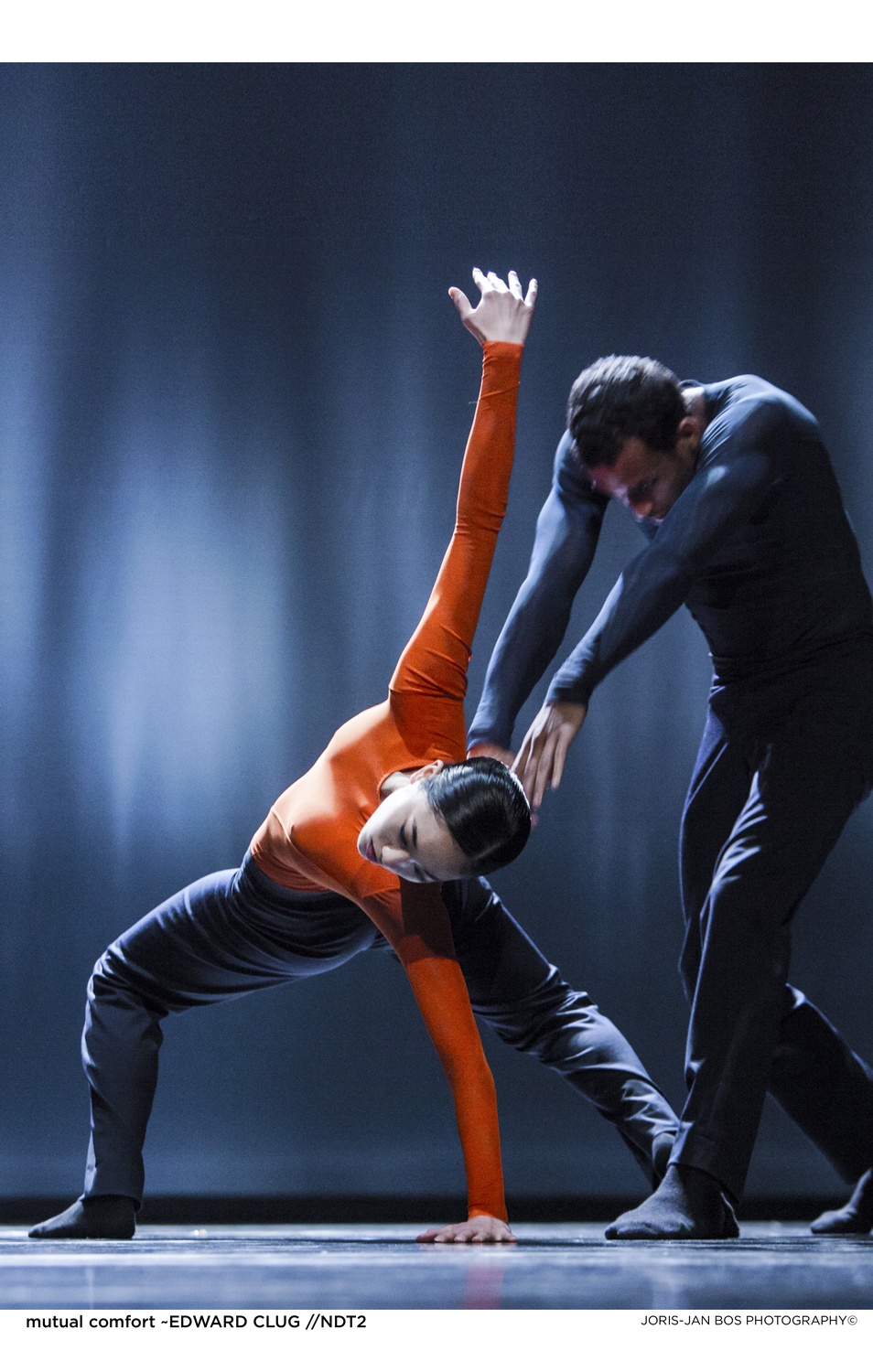 Spanish-born dancer Fernando Hernando Magadan believes that his work is not meant to produce beauty. Magadan is the artistic leader of the Nederlands Dans Theater (NDT) 2, one of the world’s most celebrated contemporary dance companies, which marked its 40th anniversary last year. The company — and its leader — arrived at the Boch Center in Boston for two performances on Jan. 26 and 27, sponsored by the Celebrity Series of Boston. “[Our work] is not about being pretty,” Magadan said in a post-show talk. “It’s about being human.” The company’s performance did produce multiple moments of beauty, but it achieved much more than that: It offered a compelling mosaic of the delightful, ridiculous, and disturbing aspects of what it means to be human.

The evening started with “mutual comfort,” a highly energetic piece by Romanian-born choreographer Edward Clug. From the first moment, the dancers, who are all classically trained, showed their extraordinary skill, oscillating elegantly between sharp twitches and soft movements. Even at the most silent moments, undercurrents of tension characterized the piece. The motion was constant; as the curtain closed, one dancer was still moving her head, subtly, almost invisibly.

The second piece, “Sad Case,” alleviated some of the tension of its predecessor. Choreographed by the company’s English-born artistic director, Paul Lightfoot, and his Spanish-born artistic advisor — and wife — Sol León, it often felt like a self aware parody or a reflection on the dancers’ métier. León was seven months pregnant when they created “Sad Case.” As Lightfoot noted in the program, “hormones of laughter, madness, and the trepidation of the unknown ahead [were] the umbilical cord of this work.” Indeed, the piece was built around suspense and unexpected turns. Set to an upbeat soundtrack of Mexican mambo music, it featured some astounding moments of unison, as well as exuberant solos, which all coalesced in a satirical display of the wide range of movements possible for the human body. The dancers, whose skin was powdered white, almost seemed possessed, jumping, falling, and flooding the stage with energy and jubilation.

“Wir sagen uns Dunkles” — the third and most recent piece in the show, created in 2017 by German-born choreographer Marco Goecke — slightly shifted the tone. Its eclectic soundtrack, ranging from the classical tunes of Schubert and Schnittke to the alternative rock of Placebo, framed the piece as an artistic experiment. Even though the score seemed to be a potential mishmash at first, Goecke managed to establish a captivating visual and auditory language over the course of 30 minutes. It was a melodramatic piece, punctuated with moments of comedy: The dancers licked themselves, touched their nipples, and made faces.

The show culminated in a moment in which a dancer dressed in a bright suit peeked from backstage right after intermission. The house lights were still on. He looked at the audience, smiled, walked a single step in slow motion and back again. This light-hearted opening led to “SH-BOOM!” — perhaps the most innovative piece in the evening, choreographed masterfully by the duo Lightfoot and León and inspired by Francisco de Goya’s satirical sketches. The dancers, dressed in black and white, playfully explored different modes of communication to the sounds of post-World War II songs. The piece included unconventional combinations of light, sound, and motion, which demonstrated the long-standing commitment of the company to pushing the boundaries of contemporary dance. In one particularly striking moment, four dancers held flashlights with which they followed a naked dancer, revealing and concealing his expressive movements. The success of this piece, as well as many others in the show, was not only in its exploratory nature; the piece had a profoundly emotional dimension to it, which made the dancers’ performance remarkably moving.

Just before the lights went out on “SH-BOOM!,” confetti flooded the orchestra. The tiny white pieces of paper filled the auditorium, each imprinted with the words: “LIFE COULD BE A DREAM.” For two hours at the Boch Center, it really was.