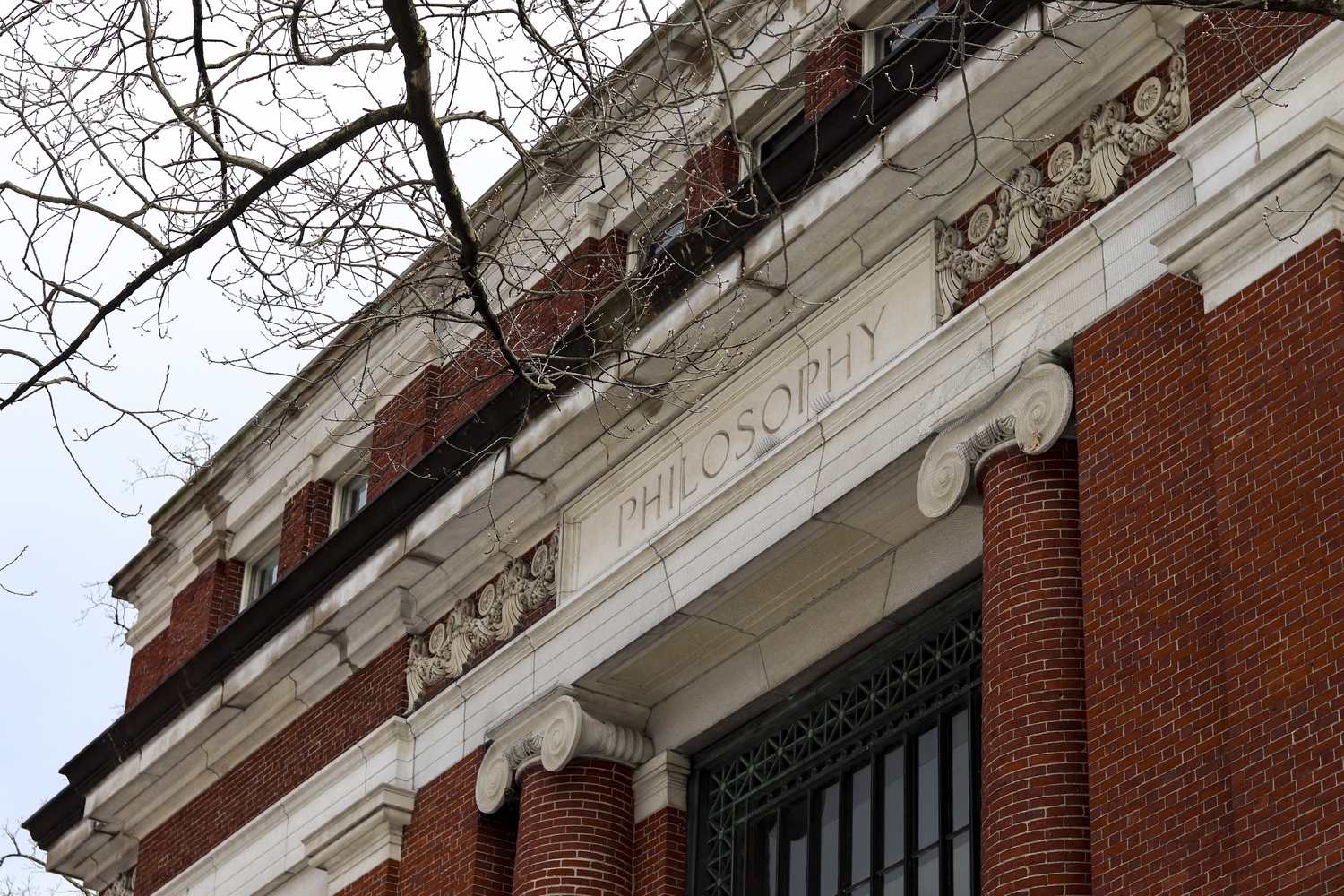 Emerson Hall in Harvard Yard is the home of the Philosophy Department. By Kathryn S. Kuhar
By Ruth A. Hailu and Amy L. Jia, Crimson Staff Writers

The idea behind the Embedded EthiCS initiative arose three years ago after students in Grosz’s course, CS 108: “Intelligent Systems: Design and Ethical Challenges,” pushed for an increased emphasis on ethical reasoning within discussions surrounding technology, according to Grosz and Simmons. One student suggested Grosz reach out to Simmons, who also recognized the importance of an interdisciplinary approach to computer science.

“Not only are today’s students going to be designing technology in the future, but some of them are going to go into government and be working on regulation,” Simmons said. “They need to understand how [ethical issues] crop up, and they need to be able to identify them.”

Simmons said rather than serve as an afterthought or a “one-off course,” ethical reasoning should be taught concurrently with computer science to enable students to think critically and communicate about ethical challenges associated with technology.

“You need to think not just about how to write clean code and elegant code and efficient code, but also about whether what the system is intended to do is ethical and whether the system might have side effects that raise some ethical concerns and, if so, how to either design around them or decide you shouldn't put certain capabilities in,” Grosz said.

Varun Jain ’20, a Computer Science concentrator who took an Embedded EthiCS course — CS 263: “Systems Security” — last semester, said the interdisciplinary perspective the initiative provided allowed him to “look at the material in a more practical way” than he otherwise would have.

“As computer scientists, we tend to get into the weeds of a lot of the technical aspects of different models, benchmarks, and things like that, especially in areas like machine learning,” Jain said. “It’s important for us to be well-rounded and to understand how our work impacts the world around us and is applied in different industries so we can be more conscious of that in the work we do.”

Grosz said the initiative has already received support from University President Lawrence S. Bacow, Dean of the Faculty of Arts and Sciences Claudine Gay, Safra Center for Ethics Director Danielle S. Allen, and a number of school and divisional deans.

In a November interview, Gay described the initiative as “one of the most innovative programs” within FAS.

The initiative’s course materials are also online in an open-access format, which Simmons said allows students and faculty members at other institutions to easily access them.

“We want the materials that we’re creating to be shareable for people outside of Harvard — this should not be just a Harvard program,” Simmons said. “We want it to be something that can be integrated in any university or college, any CS curriculum.”

Both Grosz and Simmons said they are looking forward to expanding the initiative to other areas of Harvard, such as Harvard Medical School — a decision bolstered by high levels of interest shared by other faculty members.

“I’m hopeful [the expansion] will start in the next year or so, but there’s much planning to do in finding the right people to do the teaching and designing the course modules and so on,” Grosz said.

Michael K. Bervell ’19, who has taken an Embedded EthiCS course, wrote in an email that growing student interest has led to discussions of starting a student organization that explores the intersection of these disciplines with both Harvard and visiting professors.

“I feel like there is an ethical responsibility for tomorrow’s leaders to have a background in ethics,” Bervell wrote. “Technology is powerful, and with great power should come great responsibility.”