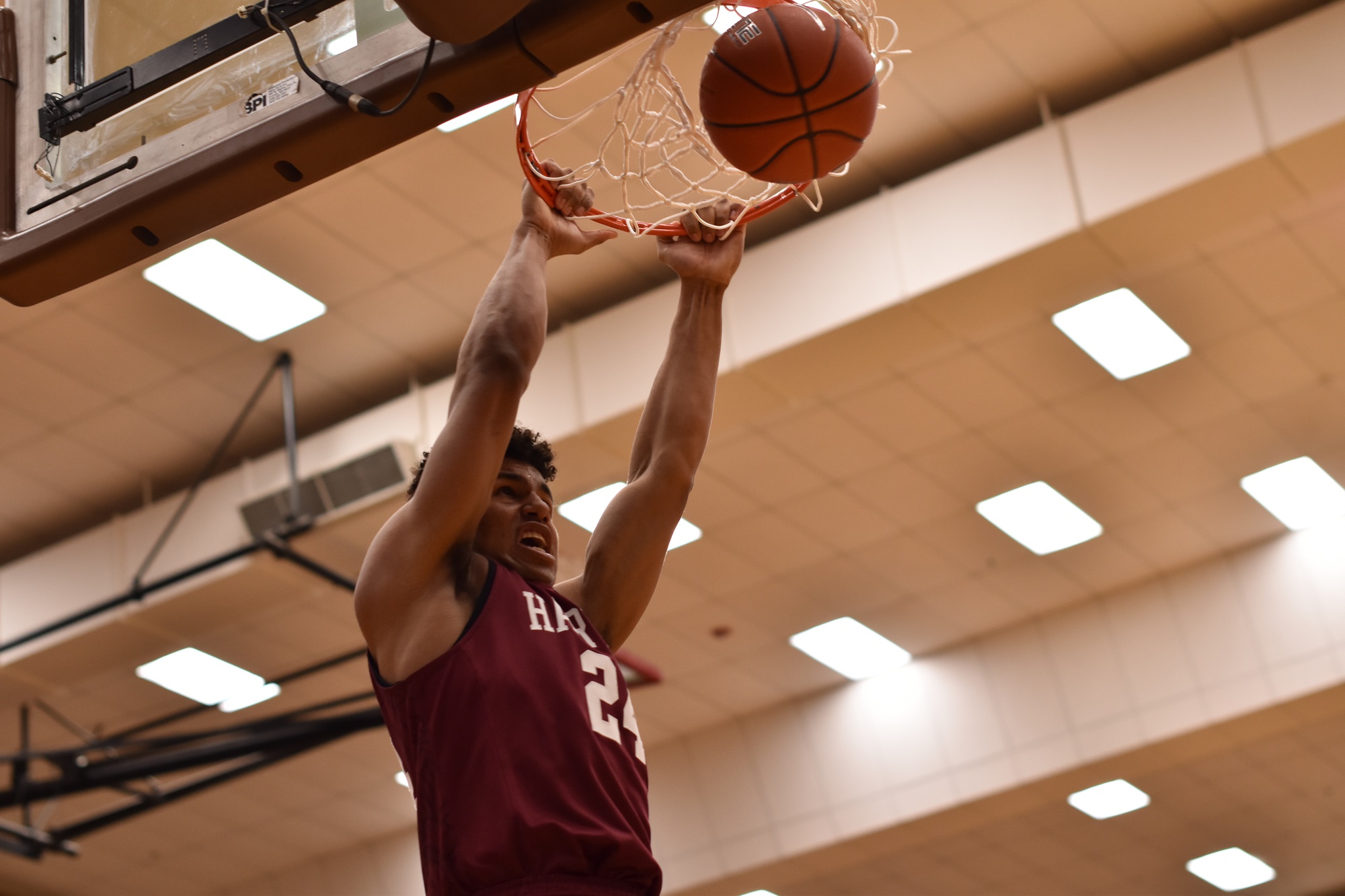 Kale Catchings provided an offensive spark in place of injured Justin Bassey, but quickly accumulated several fouls and reached the maximum before the end of the contest. By Quinn G. Perini
By Crimson Sports Staff, Crimson Staff Writer

After suffering a surprising defeat to Brown on Friday night, Harvard men's basketball(13-9, 6-3 Ivy) will challenge Yale in a critical conference game in Payne-Whitney Gym in New Haven. Junior wing Justin Bassey, who played just 15 minutes against the Bears fighting a low right leg injury, will be out tonight.

The Bulldogs are coming in with just one defeat in conference play, which it suffered at the hands of the Crimson on Feb 1. Harvard cruised to a 65-49 victory in the friendly confines of Lavietes Pavilion, but tonight's sold-out crowd at Yale will be quite a different environment.