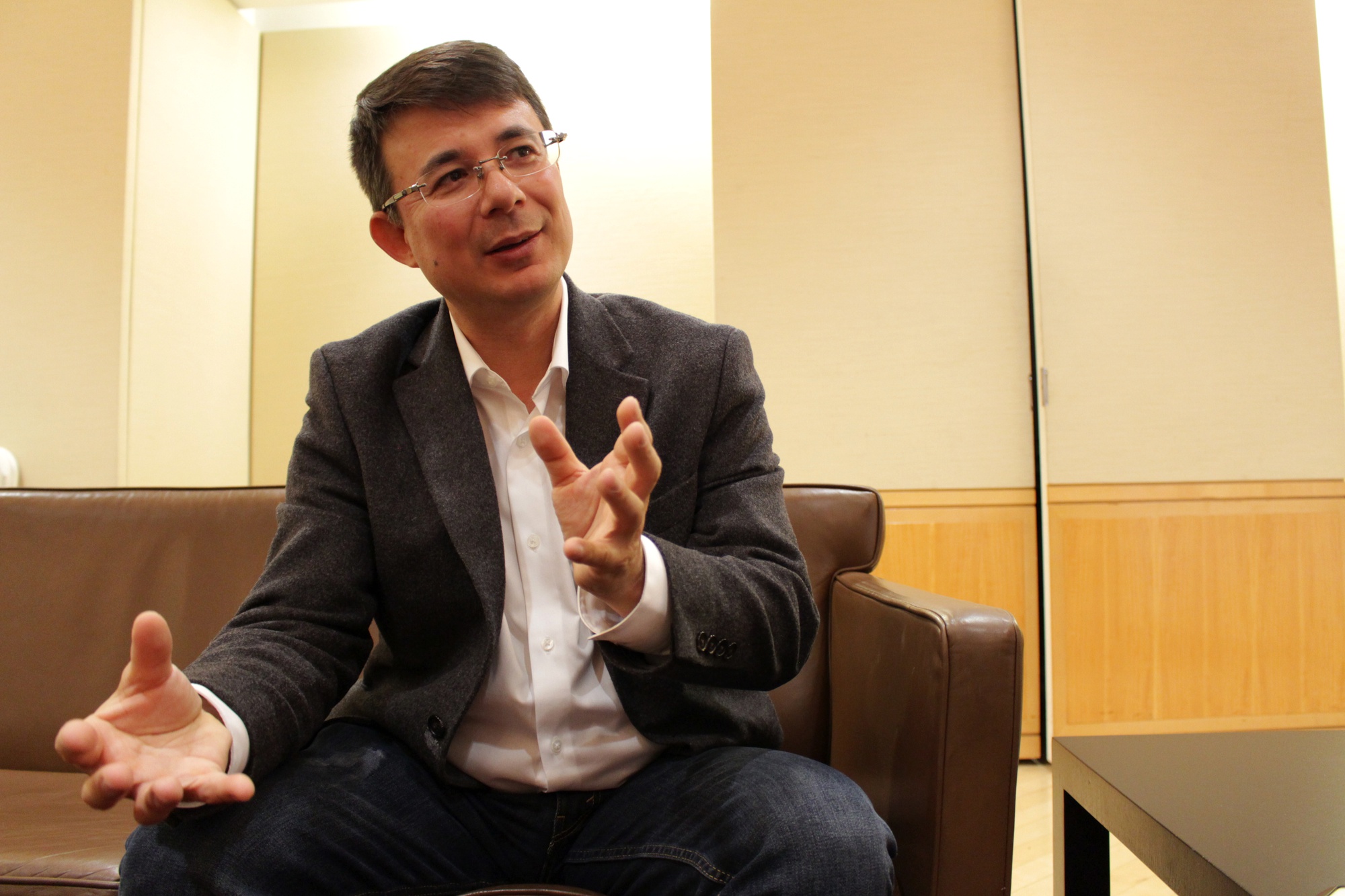 Duncan Ryūken Williams is a Professor of Religion and East Asian Languages and Cultures at University of Southern California Dornsife.
Advertisement
Advertisement

“Once she told me that story… I thought, 'One day I need to write a book about what families like hers went through.'”
By Margaux R. E. Winter

Duncan R. Williams, a professor of Religion and East Asian Languages and Cultures at the University of Southern California, calls the internment of Japanese Americans during World War II “a totallistic ethnic cleansing of the West Coast.”

Williams, who received his Ph.D. in religion at Harvard, returned to the university last Friday to talk to his peers and past mentors about his new book, “American Sutra: A Story of Faith and Freedom in the Second World War.”

Williams served as the Buddhist chaplain at Harvard from 1994 to 1996, and now studies the practice of Buddhism in Japanese internment camps during World War II. Two-thirds of the approximately 120,000 people forcibly relocated to these camps were practicing Buddhists.

“Buddhist priests as a category were seen by the U.S. government at that time as a threat to national security,” Williams says.

Using recently declassified government documents, Williams was able to explore how Japanese-Buddhist priests were targeted for arrest directly after the attacks on Pearl Harbor.

“How did something called American-Buddhism get created in the midst of war, behind barbed wire, in the crucible of this very difficult time?”

In “American Sutra,” Williams uses documents, diaries, and interviews to answer this question. He argues that from within these internment camps, Buddhist families who seemingly lost everything stood up for religious freedom, a fundamental American ideal. 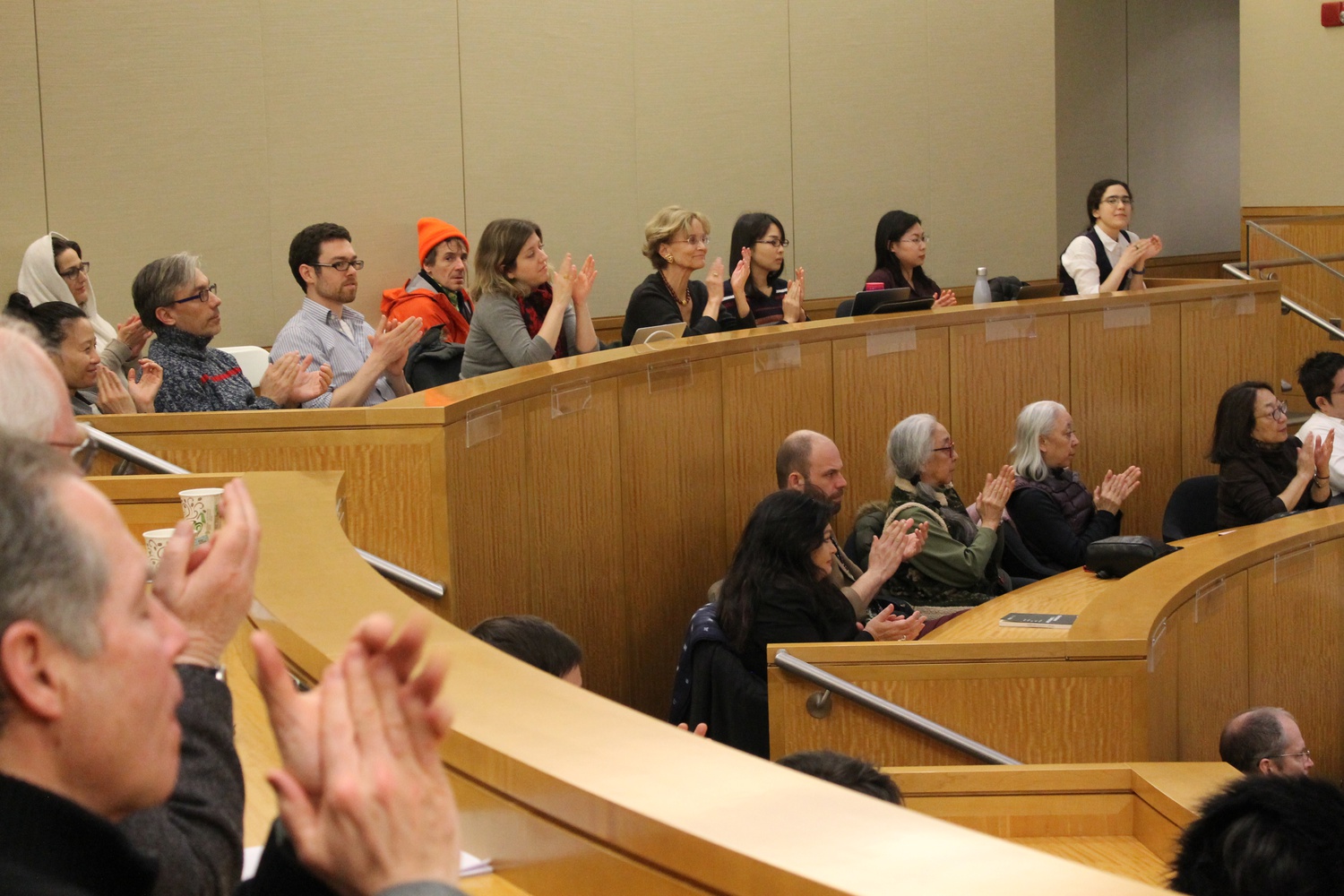 Professor Williams came to Harvard for a launching event at the Japanese Studies Forum. By Chloe I. Yu

Eighteen years ago, Williams, born in Japan to a Japanese mother and British father, didn’t imagine he would be studying American history. In his last year as a graduate student of religion at Harvard, Williams’ Ph.D. adviser and Harvard’s first professor of Buddhist studies, Masatoshi S. Nagatomi, suddenly passed away. While cleaning out his late professor’s cluttered office, Williams discovered a diary stuck between a pile of books and dissertation drafts.

The diary belonged to Nagatomi’s father, and had been written at Manzanar, one of the 10 camps where Japanese-Americans were incarcerated during the war. Williams immediately began translating the diary for the professor’s wife, Masumi M. Nagatomi. At the same time, he began learning about Nagatomi’s experience during WWII.

At 10 years old, Masumi came home to find her father being beaten by FBI agents and her mother sitting at the kitchen table with a shotgun to her head. The FBI had been keeping tabs on Masumi’s father because he was a board member of the local Japanese-American Buddhist temple.

While the FBI was patrolling the area, Masumi’s father was in his lettuce fields with a gun, defending his crops from rabbits. Unable to speak each other’s language, the FBI presumed they were under threat.

After the attack, Masumi’s family took immediate action. They burned everything in their house labeled “Made in Japan,” and all items with kanji script. Even Masumi’s traditional Girl’s Day doll kit was thrown into the fire.

But the family couldn’t bring themselves to burn two final items — a Buddhist sutra, and the minutes of their local temple, which had been kept since its founding. These items were wrapped in a kimono, put in an empty rice-cracker tin, and buried in the backyard, never to be uncovered by the family again.

“Once she told me that story… I thought, 'One day I need to write a book about what families like hers went through,'” he says.

While digging through archives and translating diaries, Williams found that despite the inhumane conditions of the camps, families often tried their best to uphold Buddhist traditions. One diary included a story about families celebrating the Buddha’s birthday, a tradition that usually involves the ceremonial pouring of sweet tea over a Buddha statue.

“They went to the mess hall and found the largest carrot they they could find. Someone who was good at carving carved a Buddha out of that carrot,” Williams says. “They didn’t have sweet tea, but they had rationed coffee and sugar. They made a sweet coffee drink to pour over the carrot Buddha as part of the birthday ritual.

Reading through accounts of incarcerated families, Williams was reminded of a metaphor often retold by his late professor, Masatoshi Nagatomi. In the metaphor, a lotus flower blooms above muddy waters. The lotus flower represents the Buddha’s enlightenment, while the muddy water below is the world of anger, delusion, and hatred.

“If you put a lotus flower – a real one – in sterile water, it actually won’t grow,” he says. “You need the nutrients from the mud. In that circumstance itself, people were finding freedom in the midst of incarceration.”