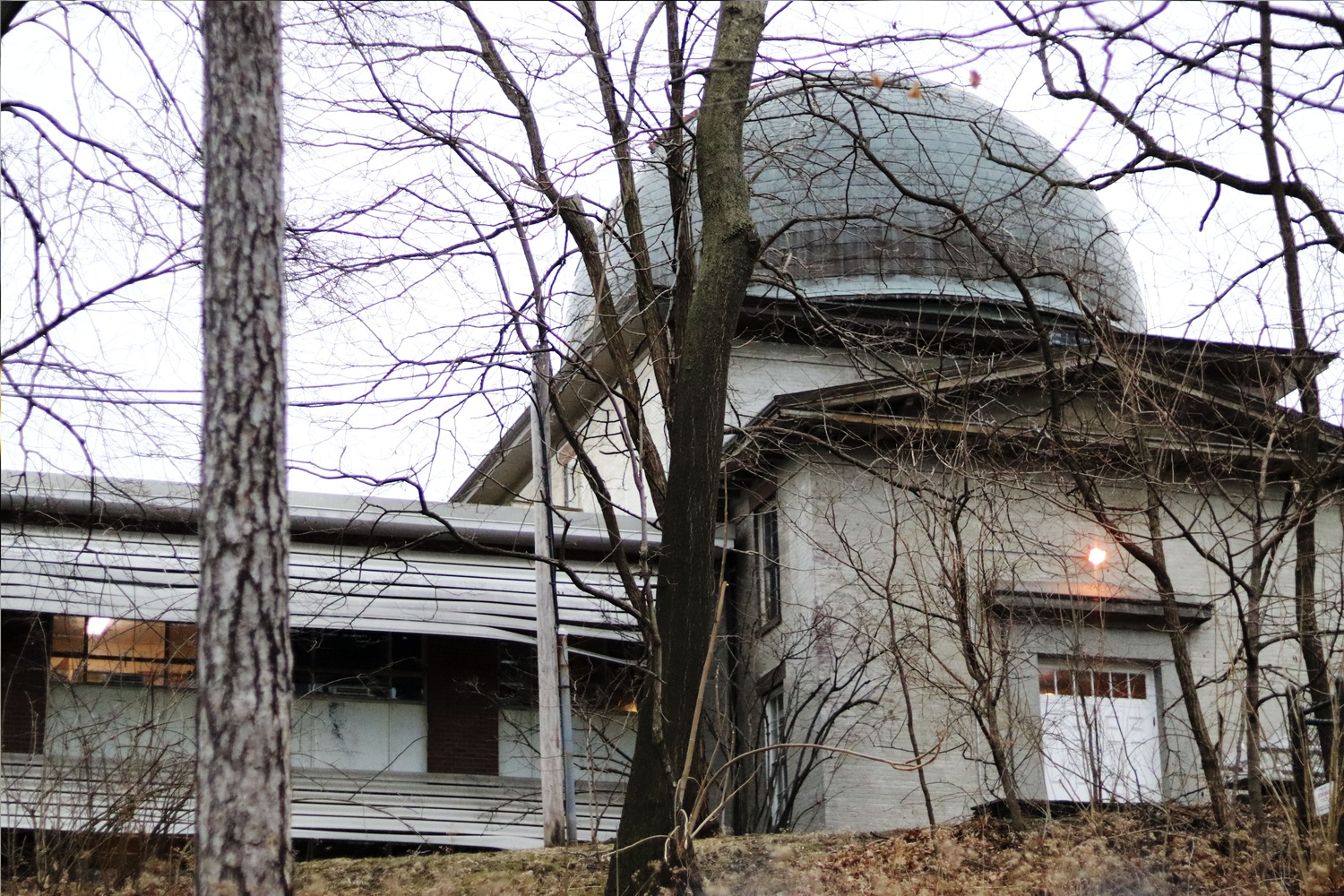 The Department of Astronomy at Harvard University, located within the Harvard-Smithsonian Center for Astrophysics. By Kathryn S. Kuhar
By Juliet E. Isselbacher, Crimson Staff Writer

Harvard astronomers have identified a cosmic signature that might help scientists understand the origins of the universe.

The findings, co-developed by Astronomy Lecturer Xiangang Chen, Astronomy Department Chair Avi Loeb, and Physics postdoctoral fellow Zhong-Zhi Xianyu, have been accepted for publication in Physical Review Letters as an “Editors’ Suggestion” — a distinction awarded to one in six “outstanding” papers.

The paper provides a possible test to determine what happened before the Big Bang. The question of what preceded the event has long puzzled physicists and astronomers alike. Scientists are generally divided into two camps: inflationists and contractionists.

Inflation theory is more popular among academics because it serves as a more “elegant” explanation of the universe’s inception, according to Chen. But Chen and his colleagues argue that more rigorous testing is needed to determine the validity of the theory.

“Scientific theory is not a beauty contest,” Chen said. “You cannot just say, this theory is elegant, so it must be right. You have to derive the consequences and derive experiments to test it.”

Over the past few years, Chen and his colleagues developed the idea that primordial standard clocks — heavy particles existing before the Big Bang that swung back and forth like pendulum clocks — would have left distinctive imprints on the universe that could be used to differentiate between the contraction and inflation models.

Chen compared the primordial standard clocks to a watch in a film.

“All the information we have about the primordial universe is like a movie, but we only have the stack of frames,” Chen said. “But somehow that stack of frames gets messed up, and we don’t know how to run the movie. Should I run this backwards or forwards?”

He explained that astronomers could theoretically determine the direction of the film, or the universe, by following the ticking of the watch.

The debate about the falsifiability of inflation started in 2017, when Loeb — along with Princeton professor Paul J. Steinhardt and then-Princeton postdoctoral fellow Anna Ijjas — wrote an article in Scientific American in which they challenged the dominance of the inflationist theory.

“One of the inevitable consequences of inflation is the notion of the multiverse. Anything that can happen will happen an infinite number of times,” Loeb said. “So is inflation really falsifiable? We think that a scientific theory is one that you can falsify. If inflation can accommodate anything, it’s a problem."

The 2017 piece provoked what Loeb characterized as a “odd” response from Massachusetts Institute of Technology Professor Alan H. Guth — a letter co-signed by 32 of Guth’s colleagues, including Stephen Hawking and five Nobel Prize Laureates.

“People — especially people that invented inflation — got really upset, and said that it cannot be falsified, it must be true, it should be true, and therefore there is no need to test it because it must be true,” Loeb said.

Guth wrote in an email that he has never argued that inflation “cannot or should not be tested.”

Loeb said Guth’s letter prompted them to search for a way to test the theory of inflation, leading them to publish their most recent paper.

Loeb said he hopes the data needed to complete the test will come within the next decade.