Isabella Boylston on Ballet, Business, and Being Yourself 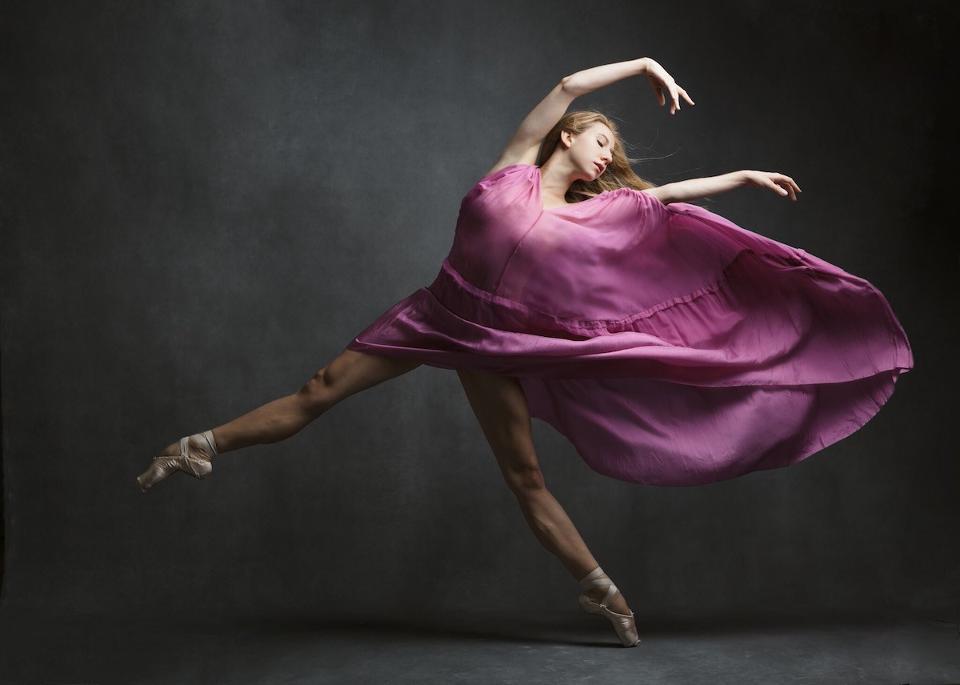 At 32, Isabella Boylston — or “Bella,” as her friends like to call her — is an icon of American classical ballet. A principal for the prestigious American Ballet Theater (ABT), she holds one of the most sought-after positions in the ballet world. But between her large social media following and score of individual projects, Boylston is not just a beloved member of the company but a fascinating artist and innovator in her own right. The same ambition that led her to upper echelons of the ballet world brought her, this past semester, to the Harvard Business School’s Crossover into Business program. Pioneered in partnership with the National Basketball Association (NBA), the program pairs professional athletes with MBA mentors to help them prepare for a life after their athletic careers. This year, Boylston received the Crossover into Business program’s “championship ring” for top performance throughout the program and on the final exams.

Last Monday, she sat down in a crowded room at the Office of Career Services to eat pizza (one of her favorite foods), accept her new ring, and talk about her journey into the upper echelons of the ballet world — and the boundaries of dance beyond it.

Boylston grew up in Sun Valley, Idaho, a town of only around 1000 people. She caught the ballet bug early: Boylston went to her first summer intensive when she was only 11, and began commuting two hours to study at the Colorado Ballet Academy when she was 12. Her parents were initially concerned about letting her specialize so early, and, as Isabella recounted, would even send her Harvard brochures in the mail in the hopes of encouraging her to pursue a college degree. But ultimately, Boylston’s determination to succeed in the ballet world was unstoppable.

“There was nothing they could have done to dissuade me — they would have had to lock me in a jail cell, I was so determined,” she said.

Once Boylston began to find success as a professional ballerina, she said that one of the biggest challenges she needed to overcome was her relationship with ballet’s heavy criticism culture.

“When I joined ABT, I had both a superiority complex and an inferiority complex at the same time,” she said. “It’s a fine line between having a realistic self-appraisal and being open to criticism and being able to believe in yourself and get out there and give a really stellar performance.”

The personal confidence that led Boylston to a semester at HBS is, Boylston said, not always easy to find in the dance world.

“Ballet is such a hierarchical environment, and, growing up, you’re super deferential,” she said. “You never talk in class.” Many dancers, she explained, are satisfied being in the “corps” — in groups of non-soloist dancers, often performing the same ensemble routines in familiar shows.

The #MeToo movement and the corresponding scandals around several dance company executives, however, have inaugurated a culture shift.

Boylston also talked about the future of ballet as a career and the importance of developing a personal brand — something she’s particularly known for. Her curated image and large social media following have landed her photoshoots and interviews with Self, Elle, Vogue, and Dance Magazine.

“It’s very young and fresh and honest,” Katherine L. Penner ’07, a math preceptor at Harvard and social media manager for Vail Dance Company, said of Boylston’s brand. “There’s a lot of focus these days on projecting a part of yourself that’s somewhat perfect, or perfectly imperfect, and I like that Bella is not as concerned about that. She posts videos that make fun of herself, she posts videos that are things that she’s really proud of — they’re authentic moments in her work day.”

That branding, in many ways, is what has enabled Boylston to connect with her audiences — and to attract a wide range of students to her talk, even those without a ballet background. While many students in the audience listened eagerly for Isabella’s advice on professional ballet careers, others found commonality simply in her ambition and unbridled dedication to what she loved — from former dancers to student athletes.

One such student athlete, Naomi P. Davy ’22, said that though she is not a dancer, she appreciates Boylston’s drive.

“There’s a lot to learn from ballet. Athletically, I understand the pain, the drive, what it takes to keep going. I can relate to that,” Davy said.

— Staff writer Joy C. Ashford can be reached at joy.ashford@thecrimson.com.