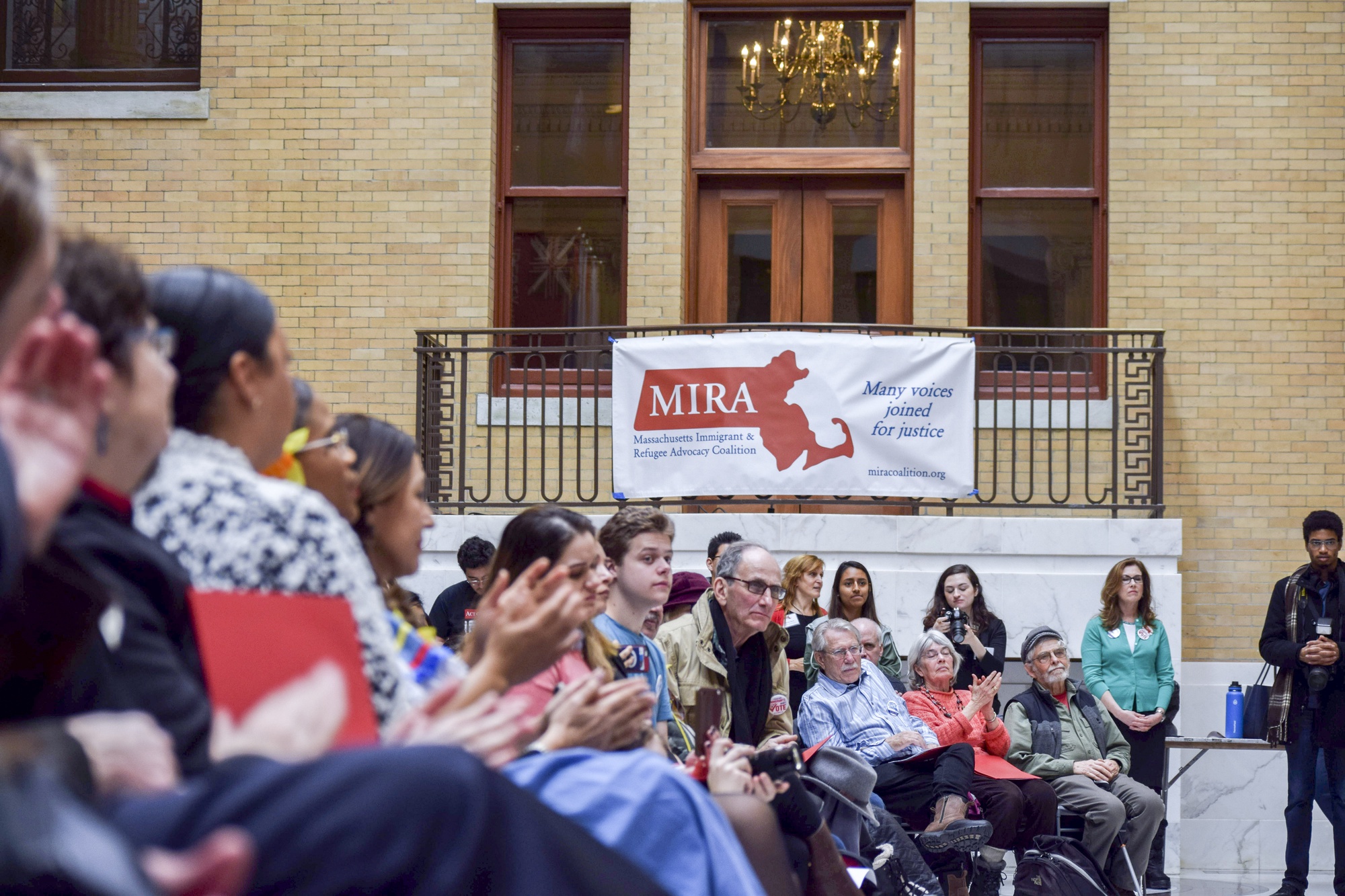 A crowd of people attended Immigrants' Day, which was organized by the Massachusetts Immigrant and Refugee Advocacy Coalition.
By Elizabeth X. Guo and Amanda Y. Su, Crimson Staff Writers 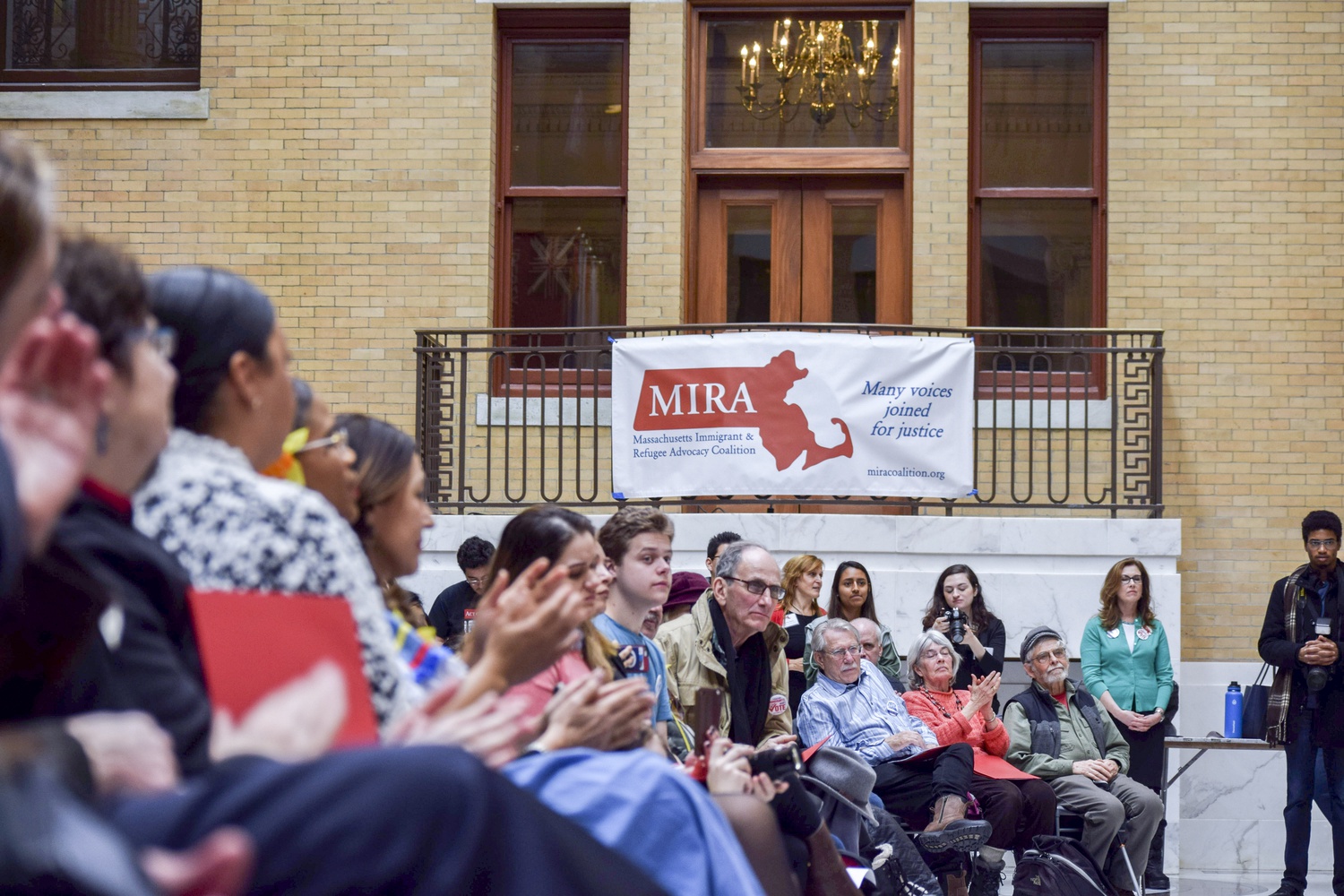 A crowd of people attended Immigrants' Day, which was organized by the Massachusetts Immigrant and Refugee Advocacy Coalition. By Amanda Y. Su

Now in its 23rd year, Immigrants’ Day is the “biggest lobbying day of the year” for immigrants, refugees and allies, according to a Facebook page for the event. The event was organized by the Massachusetts Immigrant and Refugee Advocacy Coalition, as well as more than 50 co-sponsors.

“We want to remind the legislature that under the current federal administration, despite all of the words that they have said, they still have continued to do nothing to support the immigrant and refugee community in this really terrible time,” she said in an interview before the event. “We expect more from them.”

This year's lobbying efforts follow the state legislature's exclusions of an amendment in this year’s budget protecting immigrants from police questions concerning their immigration status.

Filing into the State House at roughly 10 a.m., Harvard students from organizations including Act on a Dream, the Phillips Brooks House Association, and the Harvard College Democrats joined hundreds of other Mass. community activists advocating for immigrant rights.

“It was really empowering to see a lot of different community organizations from the Boston area come together and push for immigrant issues at the state level,” said Diego Navarrete ’21, co-director of Act on a Dream and a Crimson Editorial board member. “There’s a lot of emphasis on national immigration reform and national immigration policy.” 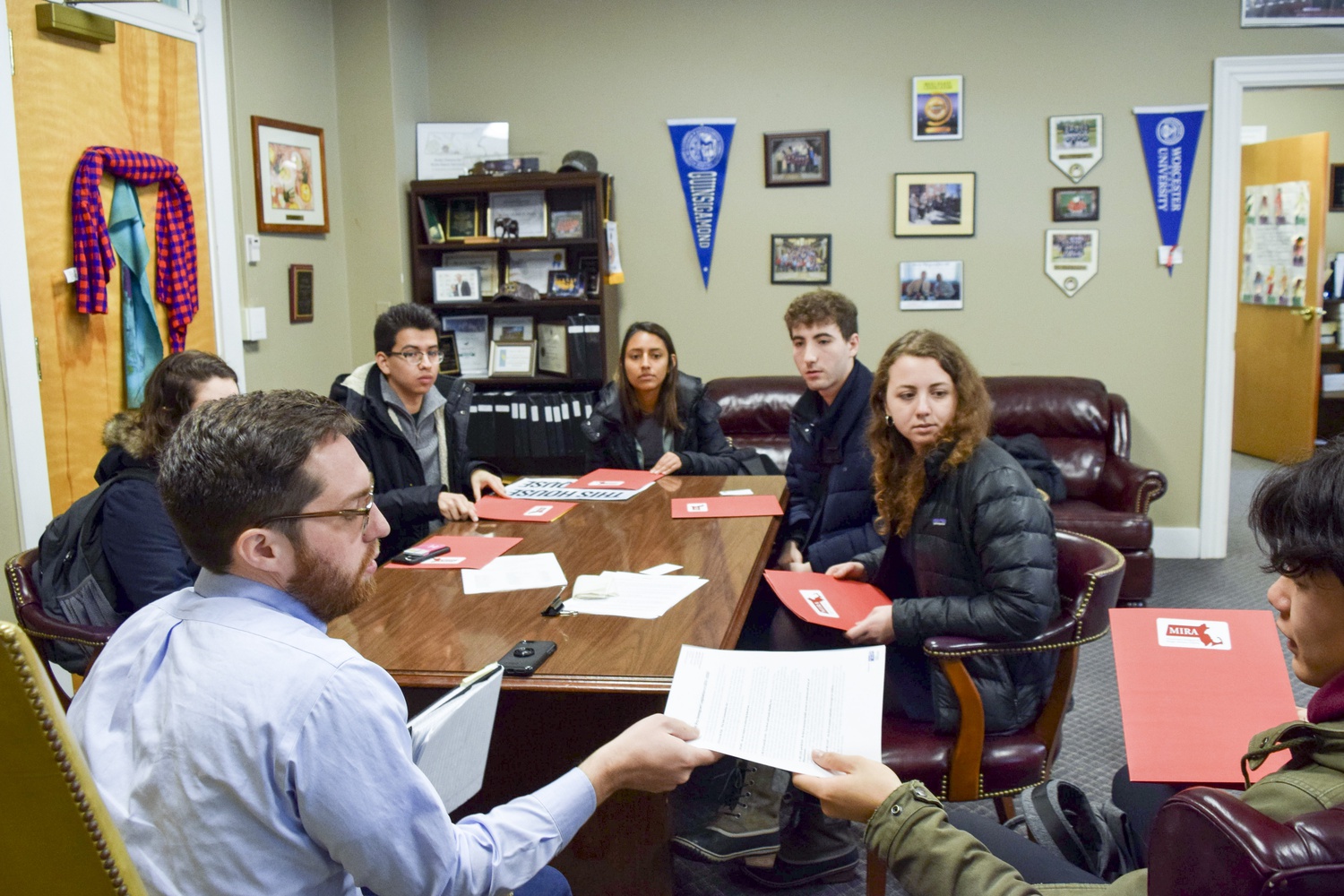 Harvard students visit state legislators at the State House on Monday to lobby for a new Safe Communities Act. By Amanda Y. Su

The day’s programming began with “Lobbying 101” training, where participants learned how to lobby legislators. At 11 a.m., local and national political advocates — including Carol Rose, the executive director of the American Civil Liberties Union Massachusetts, and U.S. Representative Ayanna S. Pressley (D-Mass.) — took to the stage to speak to Immigrants’ Day attendees. Pressley focused on the need for Massachusetts to prioritize the “humanity of immigrants.”

“We have 6,000 Salvadorans and 5,000 Haitians living with temporary status,” she said. “And let me be clear, there is nothing temporary about the contributions of the people and the lives that they have built here and the families that are rooted here and their contributions for decades.”

Doris Landaverde, a Harvard custodian with Temporary Protected Status, shared her story about being an immigrant in the U.S. over the past 18 years during the event. She said she hopes Mass. legislators passes the Work and Family Mobility Act, a bill that would allow undocumented people to apply for a driver's license.

“A license is very important to me. I work in Harvard University, and I have to drive one hour every day. My schedule is 6 in the morning, and I have no commuter rail to help me to bring me in the morning,” she said in an interview after her speech. “We are workers. We are the people who clean the university. Like today, it snowed, but we had still had to be here in the morning to clean.”

During the remainder of the event, participants joined thematic break-out groups to learn about specific pieces of legislation, including the Work and Family Mobility Act. Several Harvard students visited the offices of State Representative Harold P. Naughton, Jr. and State Senator Michael O. Moore to specifically lobby for the Safe Communities Act, which would restrict federal immigration intervention within the state and its municipalities.

Jeremy A. Stepansky ’21, the legislative director of the Harvard Democrats who attended the event, talked about the importance of student lobbying efforts.

“It’s incredibly important as Harvard students and as members of the Massachusetts community, who are both allies and people directly affected by state and federal immigration policies,” Stepansky said. “This is just an issue that really needs all of our voices.”