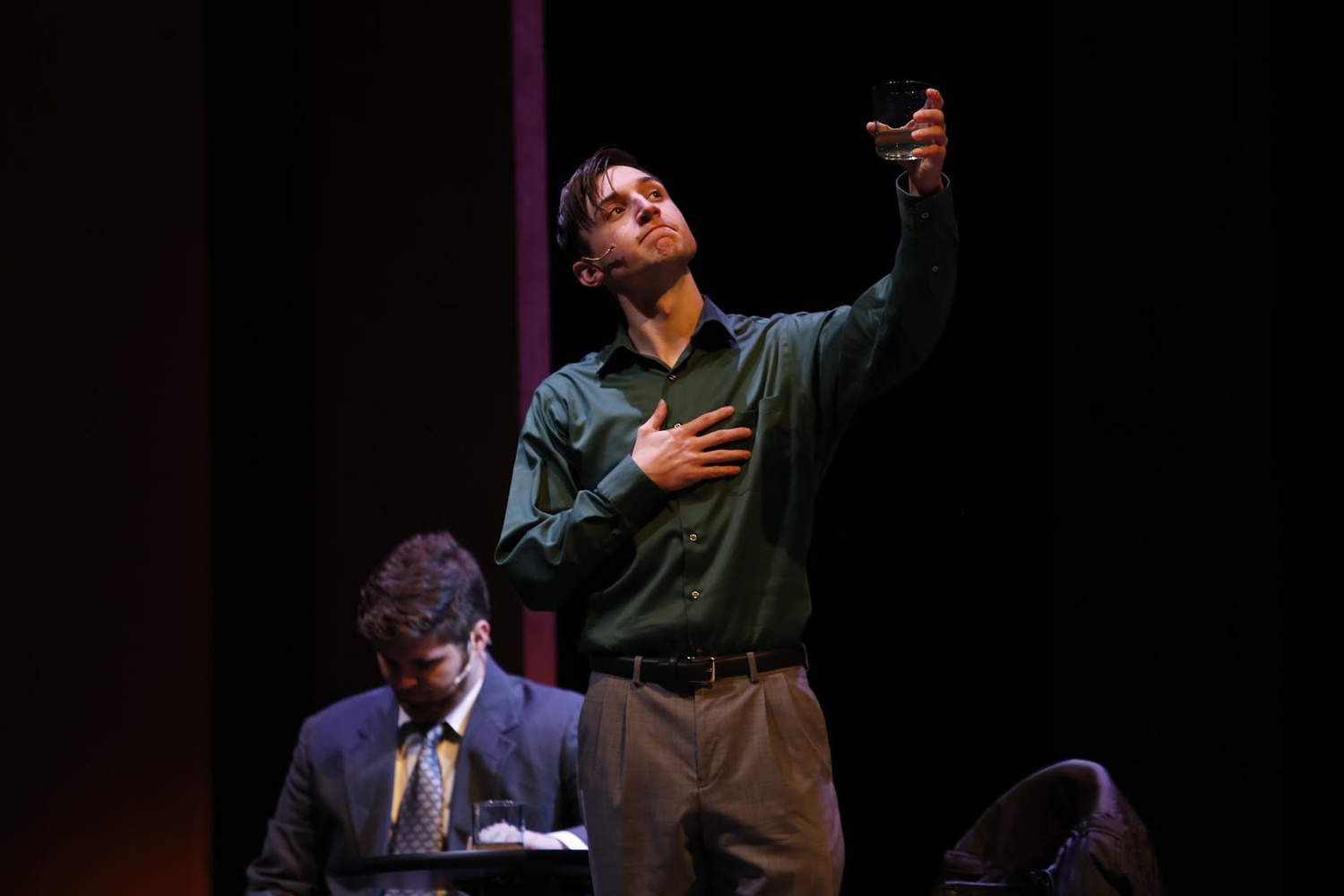 There was an outpouring of LGBTQ+ media in 2005, including a film adaptation of "Rent." By Courtesy of Wikimedia Commons
By Hunter T. Baldwin, Crimson Staff Writer

In 2005, George W. Bush was inaugurated for his second term as president, Jennifer Aniston filed for divorce from Brad Pitt, and people who are now in their late twenties were turning up to “Gold Digger” at their middle school dances. Situated halfway between the release of “Toxic” and Britney Spears’s infamous breakdown, 2005 marked a period of change and controversy. The LGBTQ+ community was no exception to this turbulence. As more states began to consider the legalization of same-sex marriage, mass media realized the money-making potential of queer topics and audiences. What followed was an outpouring of LGBTQ+ media. Here are five of the most significant.

“Capote” is not typically thought of as an LGBTQ+ movie, and this is where its beauty lies. Telling the story of real life writer Truman Capote and his investigation into the murder of the Clutter family, this film was met with wide critical acclaim. Unlike many biographical films of the past, “Capote” does not shy away from depicting the title character’s relationships with men. This subtle normalization of same-sex relationships speaks to the role that films can play in shifting public opinion. It also helps that Philip Seymour Hoffman’s portrayal of Capote marks one of the most memorable performances of the decade.

4. “The Color Purple” opens on Broadway

Despite its associations with queer and female audiences, Broadway has not had the best track record with portraying relationships between women. Queer female characters are often relegated to the background (if they even appear at all). “The Color Purple” marked a turning point in this (lack of) representation. Like the 1982 novel it is based on, this musical tells the story of Celie, an African American woman navigating the struggles of life in the South, as well as a relationship with blues singer Shug Avery. When it first opened, “The Color Purple” was the only Broadway show to depict a same-sex relationship between two women of color. Though things have improved slightly since then, there is still a long way to go.

Though not without its controversies, “Rent” has always held a special place in the hearts of the LGBTQ+ community. The 2005 film is no exception. Sporting a diverse and star studded cast, “Rent” dives headfirst into the lives of a group of friends dealing with ever-increasing rent and the threat of the AIDS crisis. All of this is accompanied by some of the catchiest songs known to man (everyone has at least heard “Seasons of Love” once). Despite its flaws, such as biphobia and transphobic tropes, “Rent” remains one of the most popular pieces of queer media to date. Just don’t let a theater kid catch you saying that you like the film soundtrack more than the Broadway cast recording.

Heath Ledger. Jake Gyllenhaal. Cowboys. Love. Need I say more? There’s no reason to center a list of LGBTQ+ media on 2005 if you’re not going to include “Brokeback Mountain.” Not only does the film unambiguously depict the relationship between two men in the American West, but it also pushes boundaries in its questioning of love and masculinity. Critics and fans alike saw the brilliance in this memorable romantic drama, and it went on to win three Academy Awards — though we all know it should have been at least four. Like Ledger’s character Ennis, this film cannot be topped, except by...

This should go without saying. Sure, “Sky High” is a random, overlooked Disney movie with zero (explicitly) queer characters whatsoever, but that should not stop it from being considered one of the most iconic pieces of LGBTQ+ media of all time. What other film so poignantly touches on themes of accepting outcasts, breaking binaries, and never judging others based on first appearances? And what other character is as queer-coded as guinea pig shapeshifter Maj? This movie about a young boy learning what it means to truly be a hero deserves to be at the top of any 2005 themed list. Besides, there are certainly plenty of queer people who owe their gay awakenings to Warren Peace or Layla Williams.