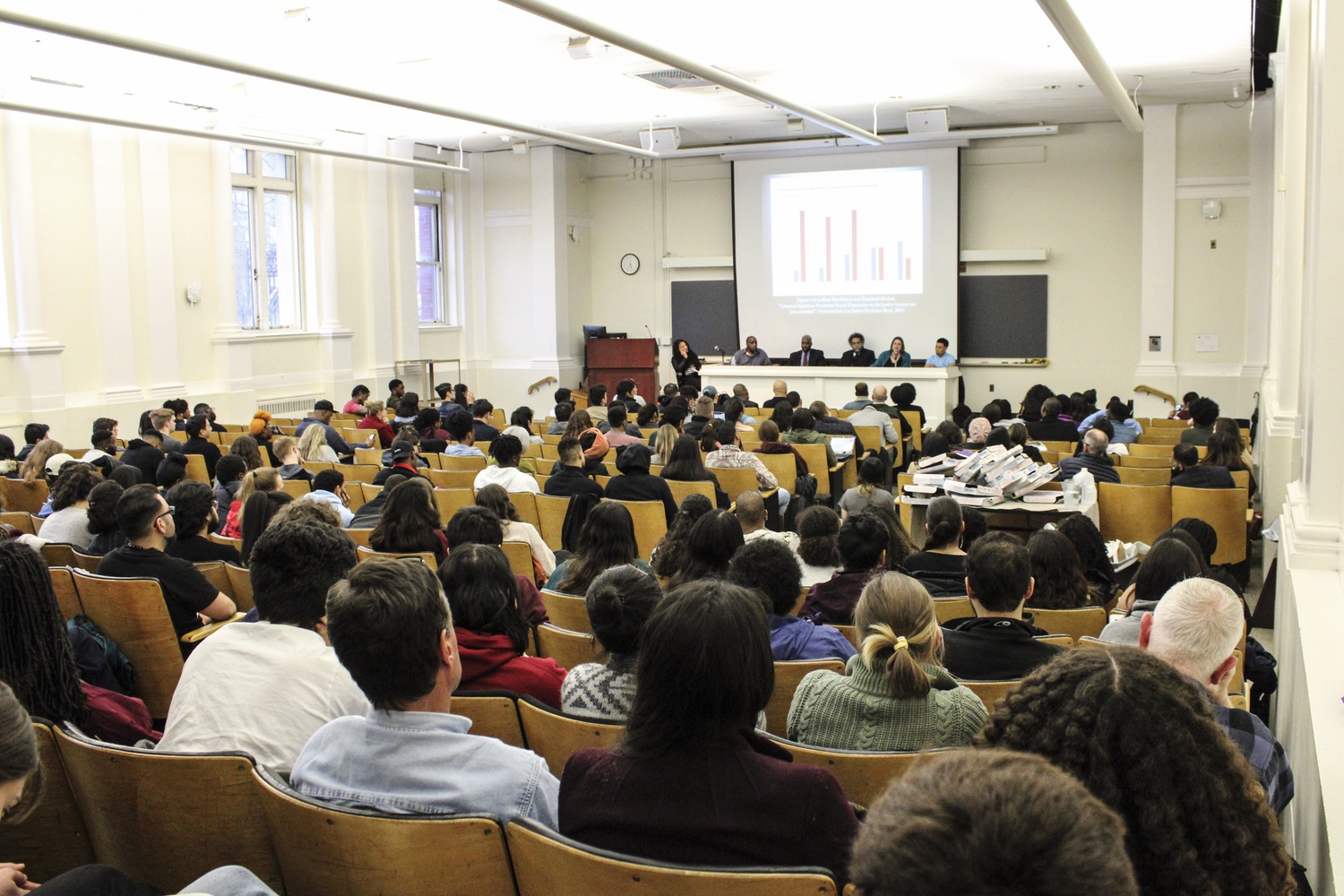 Activists and experts discussed the intersection of racism, xenophobia, and mass incarceration at a panel in Emerson Hall Tuesday.

During the panel, Lopez recounted his experience with Immigration and Customs Enforcement. He said he moved to the United States after multiple family members passed away in a six-month period. While being detained, he said he feared that he would be permanently separated from his infant son.

Other panelists linked mass incarceration to a history of white colonization.

“The rise of the prison system rests within histories of slavery and Jim Crow segregation and Native American removal and erasure,” Shull said.

Bembury and Rogers, both of whom were formerly incarcerated, encouraged attendees to volunteer with criminal justice reform organizations.

“Criminal justice reform is a new civil rights movement. We’re soldiers in the trenches. We need you with us,” Bembury, who directs a mentorship program for inmates seeking college degrees, said. “Lend your voices, lend your connections, lend your resources.”

Rogers, the founder of an organization that focuses on the experiences of BGLTQ+ individuals in the prison industrial complex, encouraged attendees to send letters to incarcerated individuals through his organization’s pen-pal program.

“I stood up to a prison guard who assaulted me, and I watched him try to assault another individual, and I didn’t let that happen. So they put me in solitary confinement for one year. The only thing I received of human touch was my mail,” he said.

West said that to enact change, individuals must “go against the grain.”

“I think we at Harvard can rededicate ourselves to Veritas. The condition of truth is to allow suffering to speak. When you listen closely to the voices of the suffering, it’s an invitation to care,” West said.

At the end of the panel, student members of the Harvard Prison Divestment Campaign briefly discussed their work on campus and their confrontation last week with University President Lawrence S. Bacow. Protesters calling on the University to divest its nearly $40 billion endowment from companies tied to prisons interrupted a talk by Bacow Thursday eventually leading to him and other speakers relocating to a different room.

Bacow said in an interview immediately after the talk the protester's behavior does not "encourage" him to meet with them again.

Bacow has previously given several reasons as to why the University stands by its longstanding precedent of refusing to use its endowment to achieve for political ends. The University previously divested from the tobacco industry in 1990, as well as from companies in South Africa in 1986. Bacow has called these incidents rare exceptions to University policy.