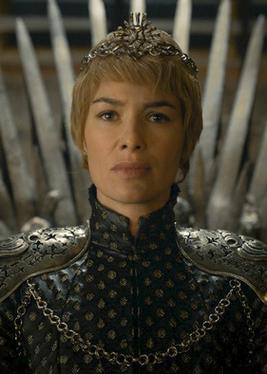 As we all rewatch the past seasons of “Game of Thrones” to prepare for the highly anticipated release of the series’ final premiere, let’s take a moment to appreciate Cersei Lannister (since she certainly isn’t the recipient of much love). She’s the queen of double-crossing people, having deadly vendettas, and loving her family a bit too much. However, she’s an empowered woman (the first to be on the Iron Throne) and skilled politician who absolutely owns her sexuality, as well as a loving mother willing to go to major extremes for her children. So get an ice pack for this hot take because it’s time to start liking Cersei.

Starting from the beginning of Cersei’s transition to the seemingly heartless woman she is, the show introduces a young girl who is constantly told that because of her gender, she can’t achieve anything. This plot humanizes Cersei and her ascent to the Iron Throne, especially with these odds set against her from her youth.

Cersei sets out ready to find success from a young age. Her stoic reaction to Tommen’s death and her accession to the Iron Throne show that she wouldn’t settle for anything less. If only Harvard students could have this type of sustained motivation throughout the school year, we’d all be bankers at Goldman right now.

Cersei represents a strong and independent female character who has managed a large feat on television: to be heard. It’s not often you see a female character who holds a dominant position over males while simultaneously controlling an army, running council meetings, and so forth. In no way is Cersei just the widow of King Robert or sister to Tyrion. She’s more than queen regnant or even her most recent title, Queen Cersei of the House Lannister, the First of Her Name, Queen of the Andals and the First Men, Protector of the Seven Kingdoms. If you try, you can most likely empathize with Cersei.

In no way is this a loving endorsement of Cersei. It’s difficult to root for a character who wants to see the demise of everyone viewers care about, but it’s necessary to recognize that Cersei isn’t a heartless soul.

While Cersei falters in some moral aspects such as her incestuous acts and baseless murder, there is a method to her madness. As the victim of abuse, torment, and neglect for much of her childhood, it’s reasonable to expect her to be the new Mad Queen.