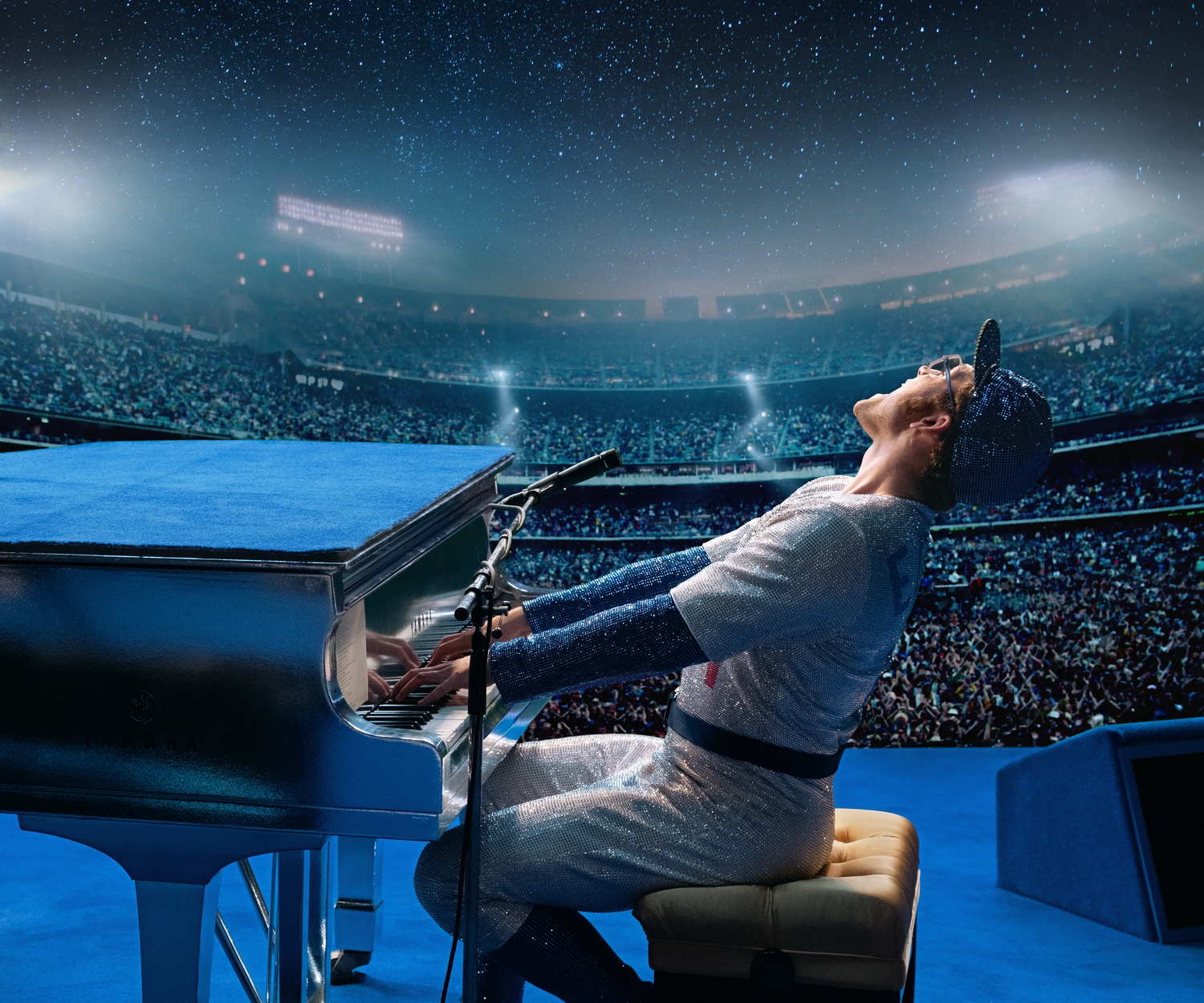 Sir Elton Hercules Wright was born out of humble beginnings as “Reginald Dwight” and later became one of the best-selling musicians in the world. Director Dexter Fletcher captures part of that journey in “Rocketman,” a biopic on the musician that premiered out of competition at Cannes, exploring Elton’s relationship with his family, his sexuality, and of course, his music. The two-hour film, a fantastical musical production, includes some of Elton’s greatest hits, and every scene shimmers with a sense of showbiz glitz. But beyond mapping out well-known biographical facts of Elton’s life, the film does little to tell more of his story.

Fletcher essentially villainized Elton’s parents, giving them no redeeming qualities. As his mother, Bryce Dallas Howard might as well play a porcelain doll, as her character is both flat and aloof. His detached father (Steven Mackintosh), who leaves the family when Elton is young to start a new one, is even more underdeveloped. Amongst his family, his grandmother (Gemma Jones), “nan,” is the savior and encourages young Elton (Matthew Illesley plays a young Reggie Dwight, and Taron Egerton plays the grown-up Elton) to pursue music. But that relationship gets sidelined quickly when Elton seems to only ever focus on the shortcomings of his parents. The only character with some dimension is his long-time collaborator Bernie (Jamie Bell), but his portrayal in the movie seems unrealistically flawless, making him a lovable but dull character nonetheless.

Elton is repeatedly encouraged throughout the film to “be himself” by other characters, but it’s unclear what those words even mean. His grandma encourages him to express himself in his music while Bernie prods Elton to reconsider his extravagant stagewear and focus the performances more on his music. In other cases, these words might seem to hint at Elton’s sexuality, and the film flirts with Elton’s love affairs but comes short of showing true emotional vulnerability. Elton breaks into tears when his mother tells him he’ll live “a life of being alone forever” and “never be loved properly” upon finding out that he’s homosexual, but besides this moment and the first time he comes out to Bernie — who is as supportive as one can be — Fletcher doesn’t explore Elton’s own reconcilation with his sexuality.

Fletcher sets up moments in which Elton can be vulnerable, then shys away from further examining them, glazing over much of Elton’s long list of struggles (which he iterates at rehab in the beginning of the film): addiction with drugs, alcohol, and shopping, and bulimia. Elton has a nervous fit backstage when he finds out half of the Beach Boys are present for his U.S. debut at The Troubadour in L.A., but he overcomes his nerves almost too quickly and jumps on stage. His complicated romantic relationship with his manager John Reid (Richard Madden) is evidently impassioned, but Fletcher’s portrayal of the deterioration of their relationship through his angry dialogue with Ried is surface-level at best.

“Rocketman” touches on a little bit of everything in Elton’s life, but doesn’t go in depth in any one aspect. Fletcher alludes to Elton’s complicated relationship with music when Egerton tells Bernie in rehab that he’s not sure if he’s ready to play again, but the majority of the movie fails to explore this relationship. His addictions are also a constant battle in the background, but even when Elton overdoses and jumps into his own pool, needing to be pulled out and have his stomach pumped, he emerges quite literally glimmering in a sparkly Dodgers costume and singing “Rocket Man” on stage. Fletcher uses the group therapy session more as a narrative device to go back in time and have Elton tell his story from childhood, bringing viewers up to the moment when he walks into rehab.

Despite these shortcomings, Egerton pulls off a brilliant performance as Elton. He exuberates the same charm that Elton channeled for his millions of fans. When he soars off the piano when he plays for the first time in The Troubadour, Egerton lifts the viewer’s spirits as much as he lifts his body. Above all, “Rocketman” is redeemed by the entertainment from the catchy music, jazzy choreography, and glitzy sets. Though the supporting characters are given toneless voices through much of Elton’s childhood, the strategic setting and dancing through high-energy beats like “The Bitch is Back” and “Saturday Nights Alright (For Fighting)” move the film along pleasantly. Elton John’s music itself is a treat, and Matthew Margeson’s reimagination and curation of Elton’s songs throughout the film is on point. In this way, “Rocketman” joins last year’s “Bohemain Rhapsody” in proving again that the success of biopic films depend heavily on the subjects of the films themselves, and the popularity and allure of the work produced by those subjects.