From Cannes: “Give Me Liberty” Team Reflects On A Number of Firsts 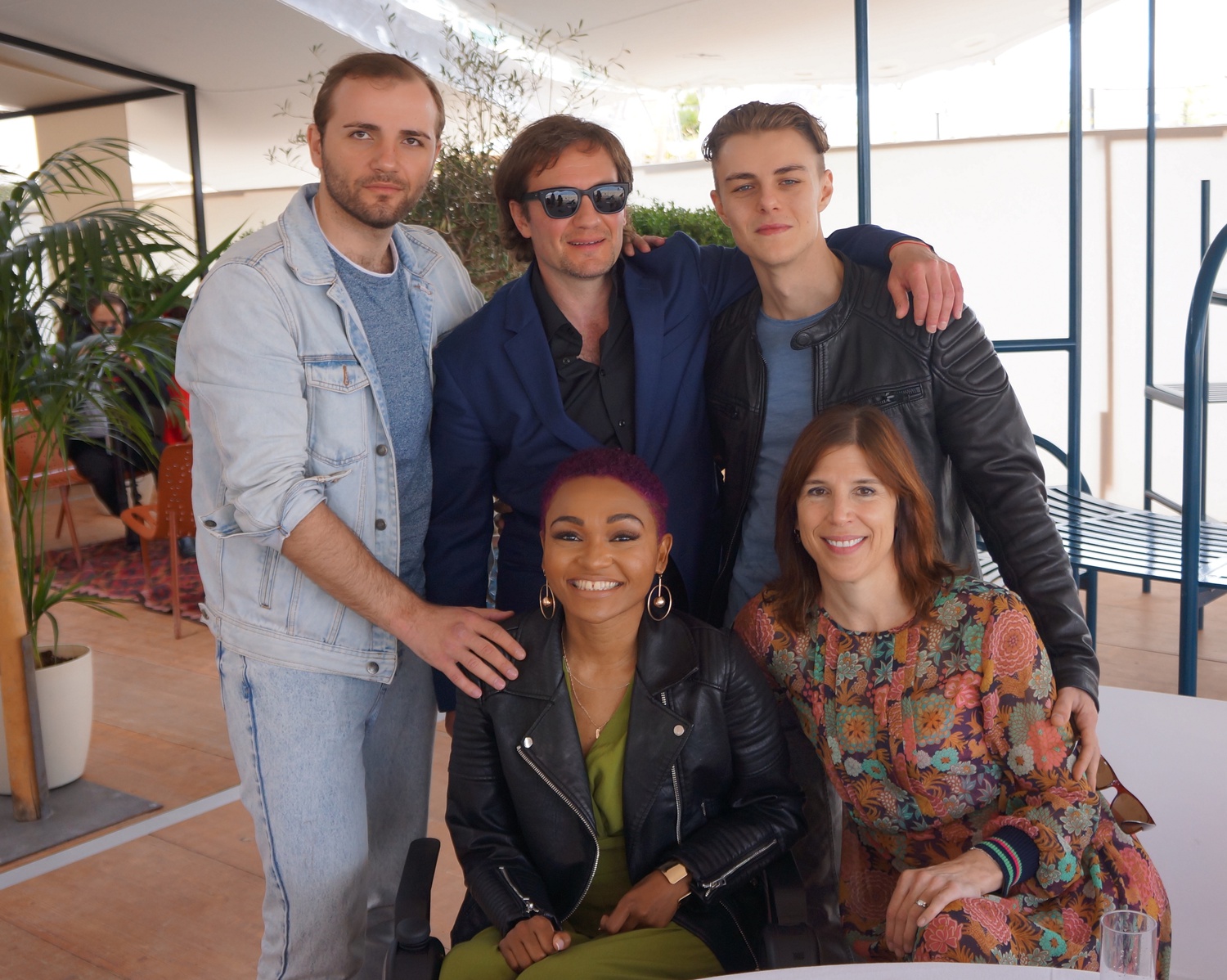 This year’s Director’s Fortnight selection at Cannes included indie-flick “Give Me Liberty,” which premiered at the Sundance Film Festival in January to enthusiastic reviews. Directed by Kirill Mikhanovsky, “Give Me Liberty” follows a young Russian-American, man, Vic (Chris Galust), as he drives a van taking people with disabilities in Milwaukee. When he agrees to go out of his way to drive his grandfather’s friends to a funeral, his day takes an unfortunate turn, leading to a series of comical mishaps. Along the way, he also picks up Tracy (Lauren “Lolo” Spencer), a young woman with ALS who uses a wheelchair to get around.

Mikhanovsky’s first feature, “Sonhos De Peixe,” premiered at Cannes Critics’ Week in 2006 and won the Prix Regard Jeunes. This time, Mikhanovsky co-wrote the screenplay with Alice Austen, a 1988 graduate from Harvard Law School who also studied under the famed poet Seamus Heaney in the Creative Writing Program at Harvard. This is her first feature film, but as a playwright, she’s received residencies and commissions from the Royal Court in London, the Goodman Theatre, Steppenwolf, and Chicago Dramatists. It was through a mutual friend that she met Mikhanovsky, and from there a budding collaboration formed. When Mikhanovsky came to Milwaukee from Russia, one of his first jobs was driving to transport people with disabilities. Austen, who’s also based in Milwaukee, said she saw the stories Mikhanovsky as a way to explore the problems and disconnect faced by the people in her city.

“I said, you know, this would be an amazing jumping off point for a film about the most segregated city in the country because these drivers traverse the whole city, and a lot of people don’t cross the line,” Austen said. “Milwaukee is really almost a red-line city in a way.”

The film’s cast, consisting of an eclectic mix of street-cast actors and international stars, experienced a number of “firsts” in making “Give Me Liberty.” Maksim Stoyanov, who plays Dima, the deceased woman’s nephew who becomes Vic’s right-hand man in the driving misadventures, is an established actor in Russia, though “Give Me Liberty” is his first film in the States. And though they’re both Russian, Stoyanov said Mikhanovsky’s style of directing is very different than that of directors Stoyanov’s worked with before.

“I have never interacted with a more self-assured and erudite person,” Stoyanov said of Mikhanovsky. “But he’s really incredible.”

On the other hand, Spencer and Galust are first-timers to the screen, and leading man Galust, an electrician by trade, was spotted through a street casting agency in New York while he was at a corner store running errands.

“The rule is, you know, be careful when you go buy a cake for your grandfather,” Galust said.

Austen said the crew raked through hundreds and hundreds of auditions searching for the right actors. The role of Tracy was particularly important because the other disabled characters in the film were all played by disabled actors.

“We had two actors who wanted to play the part of Tracy that Lolo plays. And they didn't have a disability and we thought that would be a disservice to the other characters in the film who are disabled people,” Austen said. “So we stuck to our guns, and also Lola was obviously perfect, she's brilliant.”

For Spencer, Tracy both embodies and defies the disability stereotype. Spencer, who has ALS and uses a wheelchair for her primary ambulatory needs, said able-bodied people often are intimidated when interacting with people with disabilities.

“Tracy's very unexpected. I think there's this perception of people with disabilities and how they should respond to things, how they need to handle themselves or defend themselves in situations. And Tracy's complete opposite that perception of people with disabilities having to be probably timid, or you have to be careful and scared,” Spencer said. “She doesn't take nothing from nobody. She’s unafraid. She's fearless in so many ways. But it's still very vulnerable, but she's fearless in her vulnerability.”

Spencer recalls the first being thrown in the first day of shooting, filming an incredibly tense and chaotic scene of Tracy and Vic yelling at each other in the van, crowded with all the other passengers, as he’s speeding down the streets. On top of the literal bumps in the road, the cast and crew faced the brutal winter cold, which Galust found especially trying.

“The most difficult thing for me — I don’t know, I wouldn’t use the word difficult, it was just really different — was knowing that there’s a van full of elderly people that are dealing with the cold, trying to pay attention to them, making sure that they’re okay,” Galust said.

In a way, Austen said Galust’s concern for other cast and crew members during shooting was a parallel to his character Vic’s heart of gold. Upon hearing this, Spencer and Steyanov both laughed and nodded in agreement.

Austen said the “Give Me Liberty” team also faced a wave of challenges in the early days of production to secure finances. The deal with the first producing partners, with whom Mikhanovsky and Austen had built a relationship for over a year, fell through. Unbeknownst to Stoyanov at the time, the film was still unfinanced when he flew out to New York from Moscow — it was not until the day after he arrived that the first round of financing came out.

Wild Bunch has the distribution rights for the film in Europe, where it will be released on July 25, starting with Russia. Earlier this month, U.S. distributor Music Box Films acquired the film, and “Give Me Liberty” is slated to hit American theatres by late summer.