'Our Faces, Our Histories, Our Stories': The Push for Ethnic Studies

Amid a year of student activism and near the conclusion of a century of profound social change in America, students in 1994 renewed their efforts to create a formal program for ethnic studies at Harvard College.
By Ellen M. Burstein 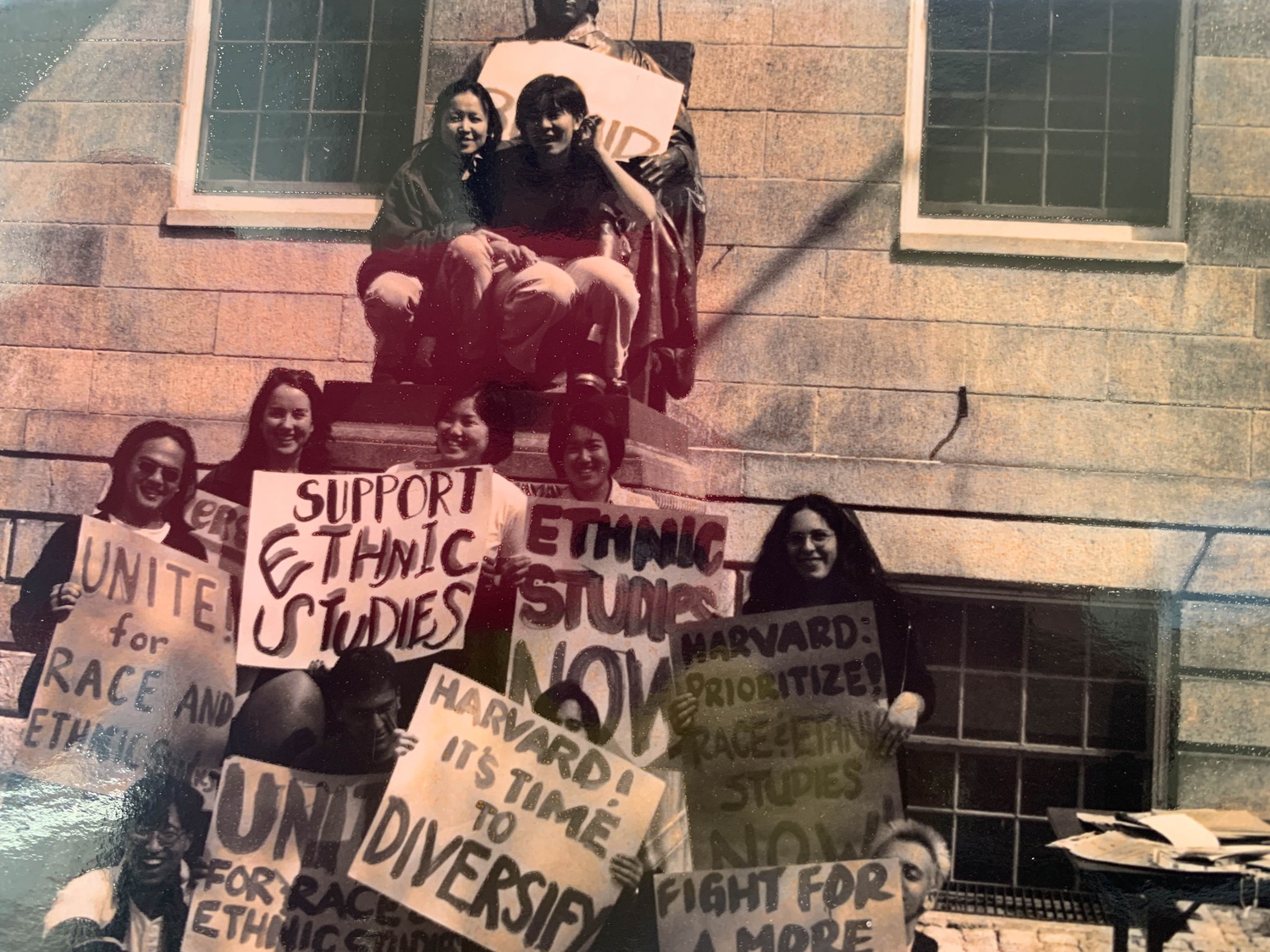 Students staged sit-ins and protests during the 1993-1994 academic year to demonstrate support for creating an ethnic studies department. By Courtesy of Jennifer Ching

Amid a year of student activism and near the conclusion of a century of profound social change in America, students in 1994 renewed their efforts to create a formal program for ethnic studies at Harvard College.

The fight for Ethnic Studies on Harvard’s campus was first sparked in 1972, when two proposals — one submitted by a History professor, the other by Harvard-Radcliffe Raza, a Mexican-American affinity group — urged Harvard administrators to develop an ethnic studies curriculum.

They argued that ethnic studies programs empowered minority students by giving equal weight to their histories and traditions in an academic canon often dominated by white, Western stories.

Decades later, in May 1994, students and interested faculty revitalized the movement by hosting a “teach-in” at the Freshman Union — now the Barker Center — to bring awareness to the issue and to push Harvard’s administration to invest in the program. At the end of the year, students met with then-University President Neil L. Rudenstine to discuss the creation of an ethnic studies program.

Jean L. Tom ’96, a former co-leader of the Minority Student’s Alliance who helped organize the 1994 teach-in, said that the movement was driven by members of a number of different affinity groups on campus.

The issue was a frequent topic of conversation among students in affinity groups, including the MSA, which sought to bring various affinity groups together who were working to make Harvard more include for students color, both in a student life and academic context, according to Tom.

Jennifer Ching ’96, an early member of the Ethnic Studies Action Coalition and a former leader of the Asian American Association, likewise recalled that ethnic studies was a common topic of conversation among affinity group members. Ching said that some members of affinity groups questioned whether to take a political stance on the issue, but ultimately people agreed to back the cause.

“The outward hostility to the legitimacy of ethnic studies as a field — as an academic pursuit — was very common,” Ching said. “There was even a question at the time… as to whether or not student organizations such as the Asian American Association should take political stances… I do remember being very proud that we were able to move the organization towards political action.”

Juan G. Fernandez ’97, a former president of Harvard-Radcliffe Raza, added that the student activists involved in the movement spent a significant amount of time thinking about ethnic students and wanting to “see our faces, our histories, our stories in more courses within the University.”

But even as affinity groups became increasingly political, the administration retained its stance on the issue, Ching said.

“We were fighting for diverse faculty, and we were fighting for courses and a department, and at that time...Rudenstine was president, there was a lot of hostility in the faculty and the administration towards these questions,” Ching said.

Rudenstine could not be reached for comment for this story.

Fernandez noted that the 1994 activists were primarily concerned with ensuring that future generations of Harvard students could reap the rewards of an ethnic studies program, even if it couldn’t manifest in their time.

“It was one of these things that we knew might not happen during our time here at Harvard, but [we were] at least trying to advance the effort and trying to make the case for why we needed more diverse stories and more diverse professors and courses within the college,” Fernandez said. 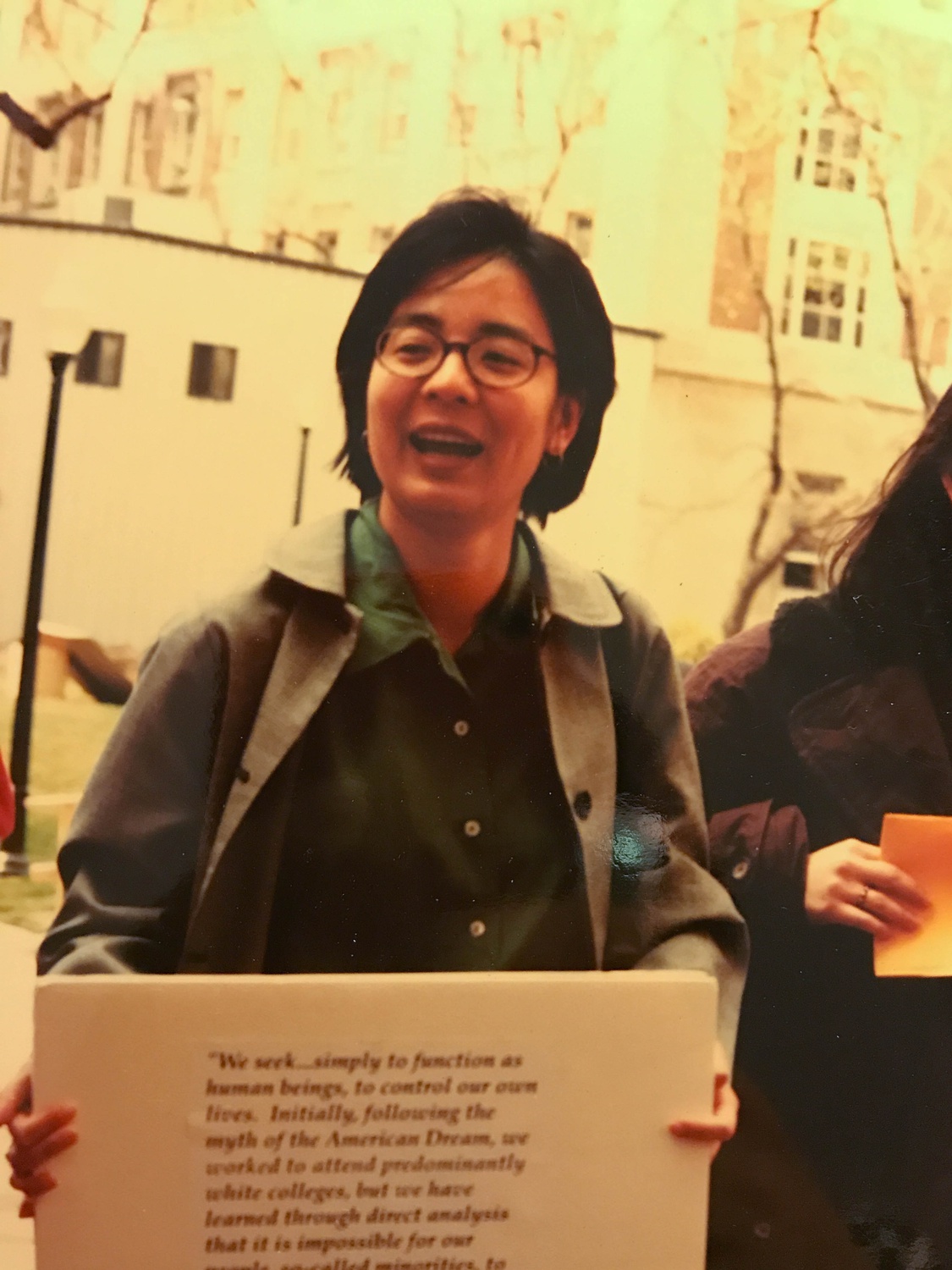 Students rallied in support of the creation of an ethnic studies department and minority recruitment policies during the 1993-1994 academic year. By Courtesy of Jennifer Ching

Despite decades of student protest and activism, ethnic studies is not designated as a formal field of study at the College. Students concentrating in History and Literature can pursue a focus field in Ethnic Studies, but it is not its own concentration. Harvard added an Ethnic Studies secondary in 2009, which was renamed “Ethnicity, Migration and Rights” in 2012.

Earlier this year, students and alumni sent letters to University President Lawrence S. Bacow urging the creation of an ethnic studies concentration following the departure of two tenure-track Asian American studies professors. Activists also demonstrated in support of creating an ethnic studies program outside of an alumni event that Bacow attended in February.

Tom said parallels exist between the 1994 movement and the push for ethnic studies in today.

“It sounds like students are still agitating for it today, maybe it gives current students some — both probably frustration and comfort — that the same battles are being fought,” Tom said.

“It sounds like some progress has it made, but it makes me happy to have played a small role in getting Harvard to realize that ethnic studies is a critical part of Harvard’s academic offerings,” she added.